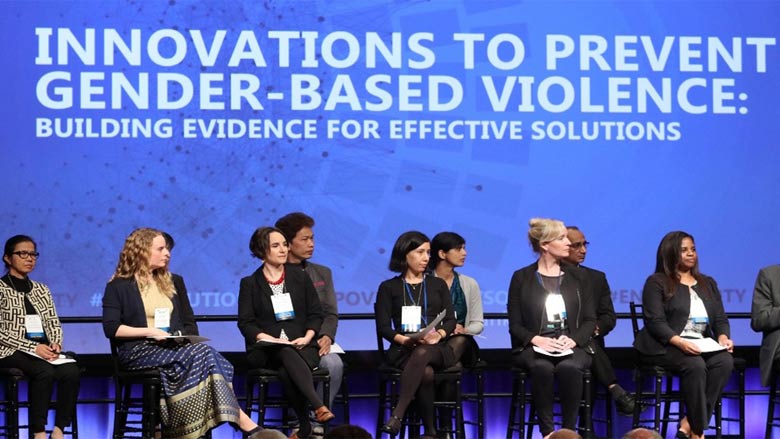 BANGKOK, May 27, 2016 — A Thailand team of public health researchers and community activists has won an award from the World Bank for creating an initiative aimed at preventing violence against female sex workers.

The award for “Trauma-Informed, Community-Engaged Violence Prevention for Female Sex Workers in Thailand” was one of nine awards given to teams from around the world by the World Bank Group and the nonprofit Sexual Violence Research Initiative (SVRI) in recognition of innovations to prevent gender-based violence.

“Violence against women and girls is rising globally, and every single case is a tragedy and a call on all of us to speak up and act,” World Bank Country Director for Southeast Asia Ulrich Zachau said. “With this award to a Thailand team working with at-risk female sex workers, and with other awards given globally, the World Bank seeks to spark further innovation to prevent all forms of gender-based violence, against women or men, be they straight or from the LGBTI community.”

Research by the team found that 15 percent of female sex workers in Thailand reported experiencing physical or sexual violence in the past week. This share reaches 20 percent for women in urban Bangkok, and 29 percent for those working outside of the relative safety provided by venues.

The new World Bank Group Gender Equality Strategy 2016-2023 calls for investment in prevention of and response to gender-based violence across a range of sectors. It highlights three key areas for action: supporting programs to reduce and respond to intimate partner violence; developing interventions to improve safety and security in public transport systems and workplaces; and devising integrated health and livelihood approaches for women in conflict areas.

The World Bank Group also focuses on social inclusion which includes recognizing people according to their sexual orientation and gender identity whether they are gays, lesbians, bisexuals, transgender, or intersex people. More LGBTI than straight people are poor, and their exclusion jeopardizes progress toward ending poverty and sharing prosperity.

Violence against LGBTI people, including in schools, remains a serious problem with negative health and socio-economic consequences. Affected by persistent stigma, discrimination and marginalization, LGBTI people in Thailand experience high rates of violence. They suffer disproportionately throughout their lives, due to a lack of poor quality education.

A total of US$1.2 million was given in grants of up to US$150,000 to each of the teams. In addition to the Thailand team, other Development Marketplace award winners include research institutions, NGOs, and aid organizations from Bangladesh, Brazil, Kenya, Lebanon, Moldova, Peru, Turkey, and Uganda.