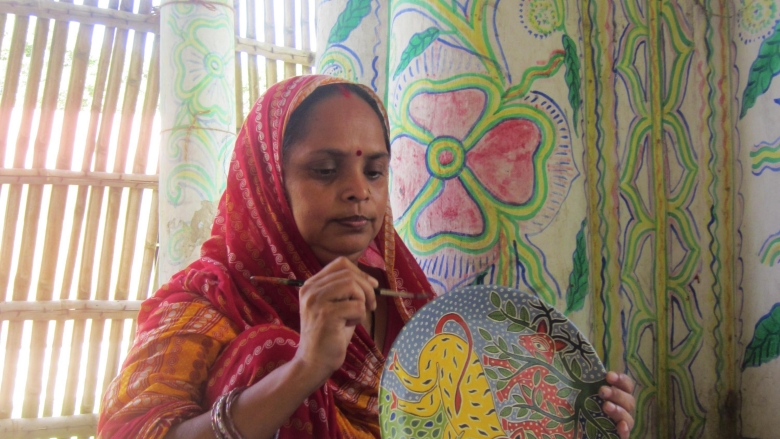 Sudha, a master painter from Madhubani makes finishing touches to an art piece. The South Asia Region is home to many successful initiatives to empower rural women.

The 2018 floods in Kerala, India, the 2015 earthquake in Nepal, and the 2009 Cyclone Aila in Bangladesh have already shown the heavy toll such disasters can take.

It has therefore become critical to build the resilience of these communities to natural shocks and safeguard the progress they have made so far.

In India, for instance, a decade-long partnership between the national and state governments and the World Bank has helped organize more than 50 million women into self-help groups and their federations, triggering huge change in the lives of the rural poor. 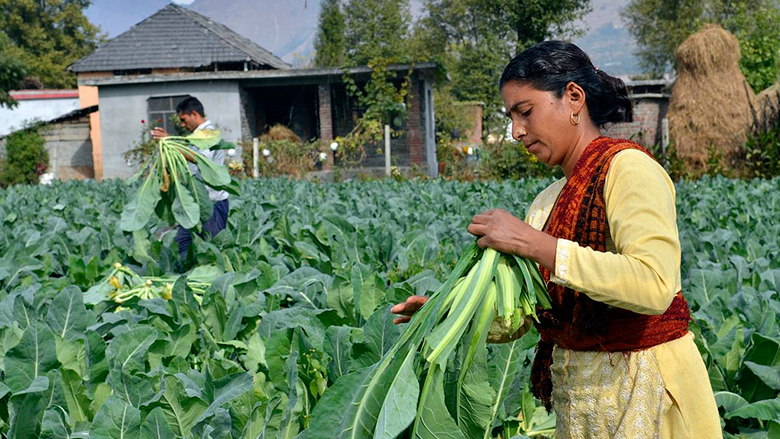 In Bangladesh, BRAC, an international development organization that is now considered the largest non-profit in the world, operates in more than 69,000 villages and has over 4.9 million borrowers, of whom 87 percent are women.

In 2011, a South Asian platform for women's economic empowerment was established, facilitated by the World Bank.

The platform--the Business Enterprise and Employment Support (BEES) Network–consists of more than 25 facilitating organizations and women-led enterprises. These include World Bank-supported livelihood programs such as Nuton Jubon of Bangladesh, Poverty Alleviation Fund of Nepal and Pakistan, and Women Economic Empowerment Rural Development Program (WEERDP) of Afghanistan.

The power of these groups can be put to use in building resilience among local communities.

With this in mind, the World Bank is hosting a three-day Regional Conclave in New Delhi on ‘The Role of the State and Women Self-Help Groups’ in building community resilience.

The Conclave will host a vibrant bazaar of over 5,000 handcrafted accessories, clothing, decorative items and farm-based produce created and produced by women’s groups and enterprises in World Bank-supported projects in South Asia, including Afghanistan, Bangladesh, Bhutan,  Nepal and 13 states across India.

In addition, local producers will come together with industry experts to chart out ways to take their produce to regional and global markets. Practitioners from across South Asia will also discuss regional approaches for scaling up the women’s efforts and bringing in private sector investment.

The Conclave will be kicked-off by a unique ‘Made in South Asia’ fashion show where India’s most prominent fashion designers will showcase the work of South Asia’s weavers, embroiderers and artisans. 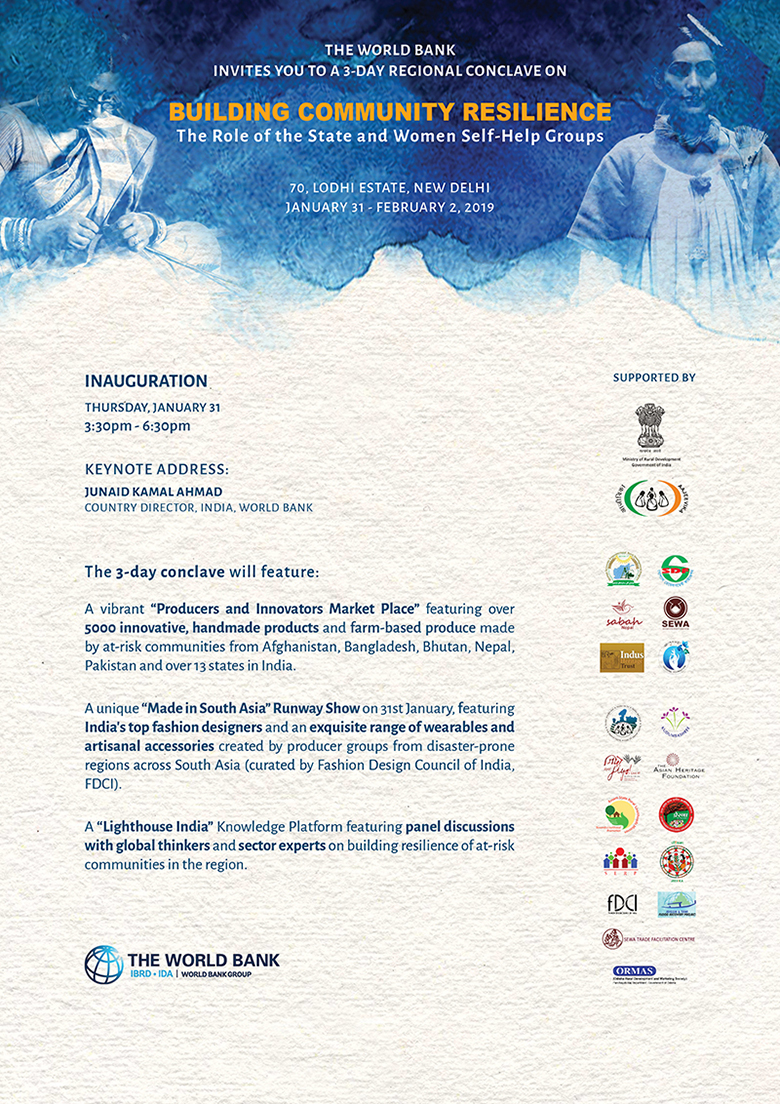