“Life has dramatically changed in Yemen since the conflict started,” said Naji Saeed, a day laborer in the Taiz governorate. The construction work that was the source of Saeed’s livelihood has all but ended as a result of the conflict. “I lost my job like millions of Yemenis and I don’t know what I can do now to feed my children,” added Saeed. 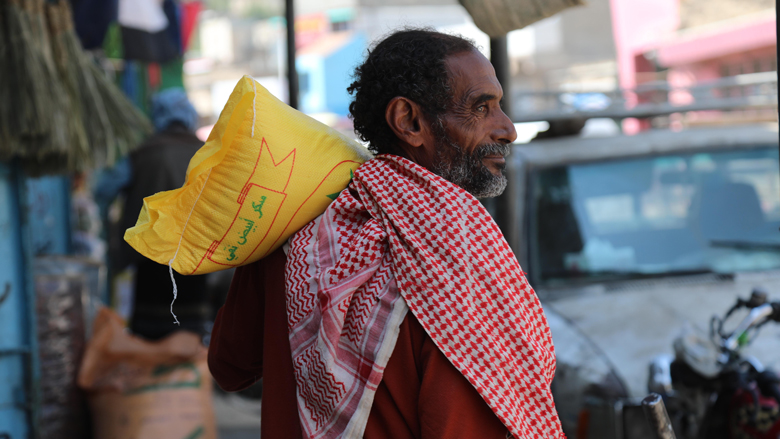 Yemen has been embroiled in civil war since 2015.  Even before the conflict, Yemen was one of the poorest countries in the region. The last few years have created a full-scale humanitarian crisis. As of March 2017, approximately 60 percent of the total population was food insecure. Malnutrition has increased by 57 percent since the outbreak of the conflict. Many of those effected are children under five. Nearly half the population lives in areas directly affected by the conflict, and 80 percent are in need of humanitarian assistance. Basic services across the country are not-functioning and even aid delivery has been impeded by violence and security concerns.

Since the mid-1990s, Yemen’s national cash transfer program, the Social Welfare Fund (SWF) has played an important role in the country’s social protection system. It has provided vital support for the country’s most vulnerable families. Since the end of 2014, the SWF has been unable to operate. In response to this emergency, the World Bank and UNICEF have partnered to provide cash support to the former SWF beneficiaries.

The cash transfer project is supported by a US$200 million grant from the International Development Association (IDA-the Bank’s fund for the world’s poorest countries) in support of Yemen. It is part of an ongoing Emergency Crisis Response Project. The project is implemented by UNICEF and targets Yemen’s most vulnerable families by using the existing beneficiary list from Yemen’s SWF cash transfer program.

The IDA-funded project finances cash benefits and the technical assistance and services required to deliver them. UNICEF has engaged several private sector providers to support the delivery processes.  The delivery of the cash transfers includes communication with beneficiaries and field facilitation of the process, along with identity verification and a system for addressing any grievances.

An independent, third-party organization has been contracted to ensure the project is maintaining standards of integrity and to verify payments. Case management and payments are implemented through both fixed sites and mobile teams for more remote areas. This allows for the cash transfers to be distributed across all of Yemen’s 333 districts.  The first quarterly round of benefits ended in October 2017 and the second payment will be delivered in March 2018.