In honor of International Women’s Day on March 8, we surveyed parliamentarians from around the globe about the positive contributions of female Members of Parliament (MPs) to their communities, society, and international development, and what can be done to increase women’s representation in politics. Here are some of their inspiring answers: 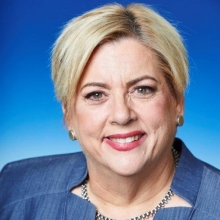 Margaret QUIRK, MP, Australia
Chair of the Committee on Corruption and Crime

“My focus as a parliamentarian has always been to address inequality & assist the marginalized.

I had the privilege for a short period to be Minister for Women’s Interests. During that time, we introduced a program to give women greater financial literacy. Also, we started a bi-annual women’s report card which (assessed) government performance on service delivery to women. In other ministerial roles I have implemented education and employment pre-release programs for women in prisons and for women operating in small business.

As an MP I have lobbied for laws on female genital mutilation and chaired a committee which examined police’s performance in responding to domestic violence. A theme throughout my career is the need for equal opportunity in education. In schools in my electorate, children learn coding and have a STEM (science, technology and math) focus from an early age This can only help to improve outcomes for girls.

Since being elected, many women have joined our ranks. In my party this has been achieved through affirmative action. The caliber, diversity, range of backgrounds and skills that these members bring to the job has dispelled critics of affirmative action (who say) that it is not merit-based. Our target is 50% representation and we are close to achieving it.

It is also important that women MPs are not consigned to “female” issues but can equally pursue issues of interest and be given responsibilities where their skills lie. It is vital too that we mentor younger women and encourage their participation to secure a more equal and truly representative future.

In terms of the impact of women, the sky is the limit!

I see women activists on a daily basis in many spheres of life. They have a great impact locally in their communities. It is part of our role as MPs to encourage, support and assist in resourcing their important efforts.” 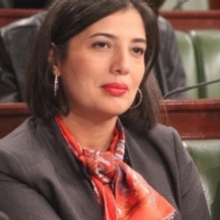 “In the last few years, the Tunisian parliament introduced several initiatives in favor of gender equality and equal opportunities. I was one of the initiators of introducing a credit line without interest for women entrepreneurs, contributing to economic autonomy of women in Tunisia. This credit line came together with a mentoring program, helping build the capacity of women to start their own business.

We recently introduced a new law on domestic violence, which includes economic violence. Women controlling the finances generally results in more stable households and more money being used on children's education and development. We have also increased the age of sexual consent to 16, helping prevent cases of forced early marriage.

Finally, we have introduced a gender parity election law, which ensures both vertical and horizontal parity of men and women, demanding equal representation both in the number of candidates and among top candidates. It is a unique law and a further step towards gender equality in public institutions.

More women in parliament would reduce corruption and increase efficiency. Many competent women with access to power would increase political pragmatism and bring common sense into politics.”

"In the majority party, the African National Congress (ANC), all of our party executive structures have to include a minimum of 50% women. Our public representatives in national parliament, the 9 provincial legislatures, and the local government municipal councils must be made up of at least 50% women as well. We try to ensure as much as possible that the national cabinet, the provincial executive councils, and the municipal executives are made up of 50% women. We do not always achieve this target but we get reasonably close to it.

While other parties do not have a similar policy in deciding their nominees to Parliament, the South African parliament still has amongst the highest percentage of women MPs in the world. Many of us feel it should be a constitutional requirement that all political parties must nominate at least 50% women for elections to public office.

Despite all the progress we have made on gender equality in this country since the dawn of our democracy in 1994, women are still at a considerable disadvantage compared to men in public life. Often women are the main caregivers in a family, and they have to manage this with their public responsibilities, even when they have spouses or partners who are very supportive.

Obviously, as a developing country we have limited resources, but over time we should strive to incrementally improve the prospects for women to achieve their full potential and be effective MPs. There are many things we need to do to encourage this, for example, the hours that parliaments sit, daycare and other similar facilities in parliaments, more effective technical training on political issues, and appropriate speaking times on major policy issues.

Our parliaments would benefit enormously from more, and more effective, women MPs. We could have a more emotionally intelligent parliament that would contribute less to civil wars and other forms of aggression that undermine democracy, development and peace.” 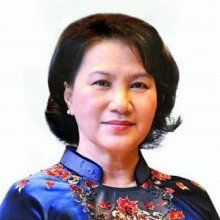 Honorable Nguyen Thi Kim Ngan actively promotes gender equality in Vietnam by encouraging both women’s representation in public positions and women’s entrepreneurship. During her time as the Minister of Labor, she contributed to creating job opportunities and improved access to financial services for women.

“My goal is to create a legal framework that ensures a just environment and equal opportunities for both genders. Given equivalent qualifications, background and experience of male and female candidates, at this stage we still need positive discrimination in the workplace to achieve equal representation of women in senior positions.

Our objective for today is to achieve 30% female representation in the National Assembly, which is high compared to other Association of Southeast Asian Nations countries. The next generation will raise it to 50%"

The Parliamentarians team engages widely with female MPs, who account for approximately 35% of participation in Parliamentary activities. Women and gender equality are often emphasized in these activities through gender-themed sessions at the Parliamentary Workshops and the Global Parliamentary Conference (GPC), and gender program sites during field visits. The 2018 GPC will include a session on supporting women entrepreneurship for better development outcomes.

The World Bank partners with numerous organizations and foundations focused on women, including Women Political Leaders (WPL), a global network of female politicians aiming to increase women’s representation and influence in politics. In 2015, WPL collaborated with the World Bank to produce The Female Political Career, a survey analyzing the non-legal barriers faced by women in politics. It found that family obligations, lack of funding, and the media all impede women’s participation in government.

Female participation in politics brings insight about women and girls into policy dialogue, making government more democratic and representative. In addition to contributing the female voice to these discussions, women often pass legislation that boosts inclusive economic growth and responds to public needs. They are more likely to cooperate across party lines, bridging partisan divides to make progress.

Despite these advantages, women are underrepresented in governments around the world. As of 2017, they hold only 23.4% of parliamentary seats, with regional averages varying from 17.5% in the Middle East and North Africa, to 28.4% in the Americas. Representation becomes even weaker in leadership positions, where as of 2016 only 19 heads of state in the world were women. There is still progress to be made.