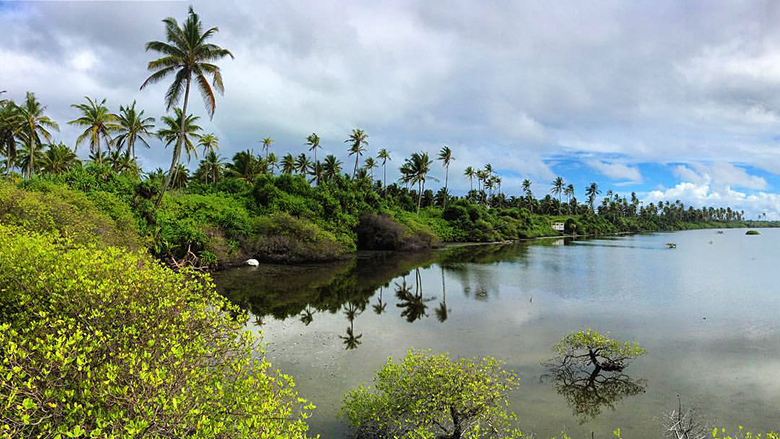 The lighthouse stands guard over the wetlands. Perched at one end of Koattey, it was built by the British who had a military base on the nearby island of Gan during World War II. Scattered across this area are other points of historical interest including the remains of an old fort. However, while tourists may pause to appreciate the ruins, it’s not what they’ve come to see.

Hithadhoo, the capital of Addu city in the Maldives is home not only to the Koattey Protected Area, but also to Eydhigali Kilhi, one of the largest wetlands in the country. This area, lush and beautiful, is famous for its birds. The eastern grey Heron, the Maldivian pond heron, little egret and white tern can be spotted throughout the year. The white tern or dhondheeni, also seen here, is considered a symbol of Addu. This is just one of an estimated 41 islands in the Maldives that boast wetlands.The lighthouse stands guard over the wetlands. Perched at one end of Koattey, it was built by the British who had a military base on the nearby island of Gan during World War II. Scattered across this area are other points of historical interest including the remains of an old fort. However, while tourists may pause to appreciate the ruins, it’s not what they’ve come to see.

"Due to [Maldives'] fragile nature, biodiversity conservation is a priority for our government…Through this project we will establish the first terrestrial park in this country "
Aishath Farhath Ali
Coordinator for the Wetlands Component of the Climate Change Adaptation Project (CCAP) at the Maldivian Ministry of Environment and Energy 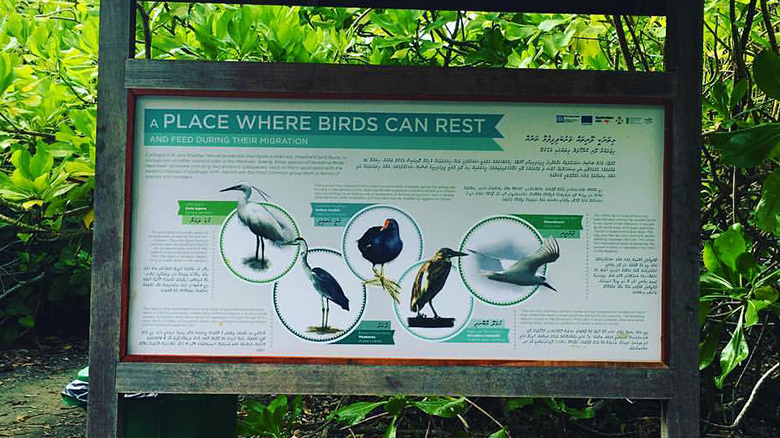 Wetlands are the new tourist attractions in the Maldives

33-year-old Aishath Farhath Ali has been working in conservation for 11 years. The Wetlands Component Coordinator for Climate Change Adaptation Project (CCAP) at the Maldivian Ministry of Environment and Energy, Aishath is passionate about preserving the island nation’s wetlands.

“Maldives is a developing country,” she says, explaining that that can mean the budget tends to prioritise infrastructure and utility services. “However, due to our fragile nature, biodiversity conservation is a priority for our government…Through this project we will establish the first terrestrial park in this country,” she says. She hopes it will give tourists another reason to visit a country famous for its beaches and coral reefs.

Nature-based tourism is the engine of economic growth in this island nation, accounting directly for about 28 percent of the country’s GDP. About 800,000 tourists visit the country annually, but as coral reefs are degraded, the Maldives has to look for ways to support the tourism sector.

To make the wetlands more attractive to visitors, new facilities including visitor centres, bird observatories, interpretive signage and changing rooms are being built under CCAP in Hithadhoo. Visitors can hire boats and canoes to explore, go bird-watching or hiking, or simply wander along scenic boardwalks in both wetlands. While foreigners are expected to turn up in numbers, it is the locals that are likely to really enjoy these facilities.

CCAP is funded by the European Union and the Government of Australia. It is administered by the World Bank and implemented by Ministry of Environment and Energy. Through interventions in wetland management and solid waste management in the Addu and Gnaviyani atolls, the project will benefit more than 4,800 households. 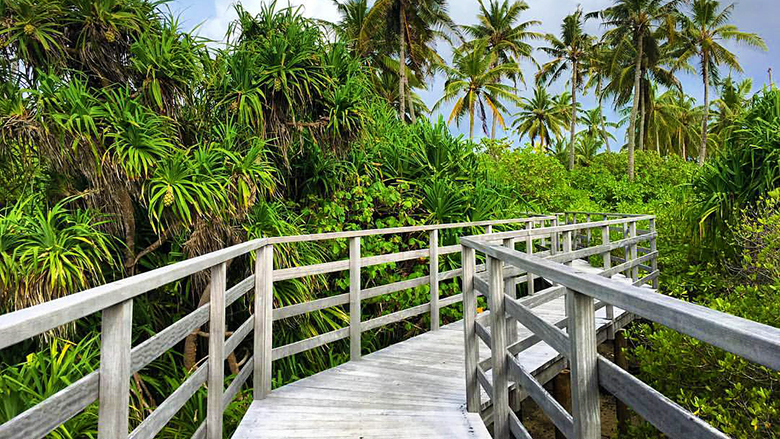 Eydhigali Kilhi, one of Maldives' largest wetlands is lush and beautiful and is famous for its birds.

A ‘primary defense’ against climate change

The Maldives comprises some 26 atolls and 1,190 islands – all of which are low lying with an average elevation of only 1.5m.

. Plants found here are critical in controlling erosion – erosion of the shoreline is already a severe issue in 64 percent of the Maldivian islands.

As their importance to climate change adaptation efforts has become better known, steps are being taken to preserve these ecologically sensitive areas. Introducing solid waste management programs has been key to protecting wetlands from illegal dumping, says Mohammed. Mainstreaming climate change adaptation into island development planning has also been promoted through other components of the CCAP project, for instance through a program on strengthening local government capacity.

“All these components are linked,” says Mohammed. “.”

Recruiting community support is integral to ensuring these conservation efforts are sustainable. Outsiders have entered the wetlands to find firewood but illegal cutting down of trees is being curtailed with the community’s intervention.

The wetlands remain a source of food and livelihoods for these people. Aishath explains that taro reeds growing in and around the wetlands are used to weave mats and baskets but that with the advent of plastic this craft is now threatened. However, training is now being given to locals to help revive this lost art. These and other traditional Maldivian handicrafts, including embroidery work, will be sold in small store attached to eco-tourism facilities in the wetland parks.

Beyond livelihoods, taro also has a role to play in food security. Islanders remember how during World War II a famine gripped these parts, and this humble reed was the only source of nourishment. It is still a staple food today. The wetlands are a rich source of not only taro and other foods, they can support subsistence fishing and are a source of medicinal herbs.

“The community around these wetlands are very much dependent on them,” explains Aishath, adding that over time villagers living on the fringes of the wetlands have become protective of these wild spaces. “There is an awareness now that wasn’t there before.”