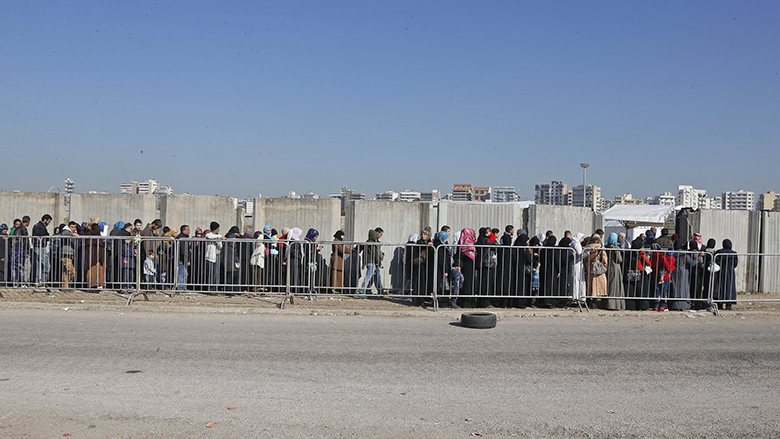 International partners agreed today that the Global Concessional Financing Facility (GCFF) had provided critical assistance to Syrian refugees and their host communities in Jordan and Lebanon, but that continued support is urgently needed. Additional support amounting to $80 million was pledged by donors to help the GCFF deepen its impact on the ground.

At a high-level meeting held at the World Bank Annual Meetings, chaired by World Bank Chief Executive Officer Kristalina Georgieva, leaders of multilateral organizations and countries supporting and benefiting from the GCFF assessed progress made so far.

Established in April 2016 in full partnership by the World Bank, United Nations, and Islamic Development Bank, the GCFF is an innovative response to the influx of Syrian refugees into Jordan and Lebanon which has evolved into a global platform capable of providing concessional financing to help middle-income countries (MICs) address refugee crises wherever they occur.

In its first year, the GCFF approved $200 million in funding and catalyzed $1 billion in concessional financing for seven development projects across a range of key sectors in Jordan and Lebanon, including job-creation, business competitiveness, water infrastructure, health, transport, and more.

While these achievements are considerable, the needs in Lebanon and Jordan are greater still, and participants agreed it is critically important for the international community to follow through on the commitment to meet the GCFF’s financing objective to raise $1 billion in grants for Jordan and Lebanon, as well as a further $500 million for all MICs over the course of five years.

“The GCFF demonstrates the commitment of the international community to respond to the global public good that a host country like Jordan has been carrying and a demonstration of the fair burden sharing.  I, therefore, call upon the donors to sustain and scale up their support to this innovative financing platform to demonstrate solidarity and continue investing in countries hosting refugees,” said Imad Fakhoury, Minister of Planning and International Cooperation of Jordan.

“This is a crisis which is not going away. The GCFF needs more support from international partners on two fronts: to address the protracted impact of Syrian refugees in Jordan and Lebanon and to help middle income countries make themselves more resilient to the future refugee crises that we all know will unfortunately happen in other parts of the world,” said Georgieva.

In 18 months, donors have pledged $390 million to the GCFF, and $270m have been paid-in to date. At the meeting, donors stepped up with significant new pledges, amounting to $80 million in additional support, with Denmark pledging 300mDKK (eq. $50m), Canada pledging CAD20m (eq. $16m), and Norway pledging 120mNOK (eq. $15m). Other countries also announced their intention to provide new support in the future.

Stephan Schønemann, Director, Department for Humanitarian Action, Migration, Civil Society, Danish Ministry of Foreign Affairs said, “Denmark strongly supports the World Bank approach to protracted displacement. We are a partner in the GCFF because it creates real change for refugees and host communities. The Facility translates the Humanitarian-Development-Peace nexus into action on the ground involving host governments, UN, donors and other partners. Denmark will continue and increase its support to the Global Concessional Financing Facility and encourage others to do the same.”

Despite strong momentum, there was shared recognition of the continued urgency of the refugee challenges in Jordan and Lebanon, as well as the need for donor countries to maintain strong support.

Raed Khoury, Lebanon Minister of Economy and Trade, welcomed the support and emphasized that "with time, the refugee crises would drop from headline news but the challenges and threats would remain very much a daily reality for Lebanon. We call upon the international community to continue to do its part to help Lebanon make up for missed development opportunities and negative impact on growth as a result of hosting the refugees."

Partners will continue this discussion at their upcoming Steering Committee meeting, on October 29 in Amman, Jordan, where the Facility is expected to consider support for new operations to provide critical support for Syrian refugees and their hosts.