Boost trade in Sri Lanka through reforms and access to information 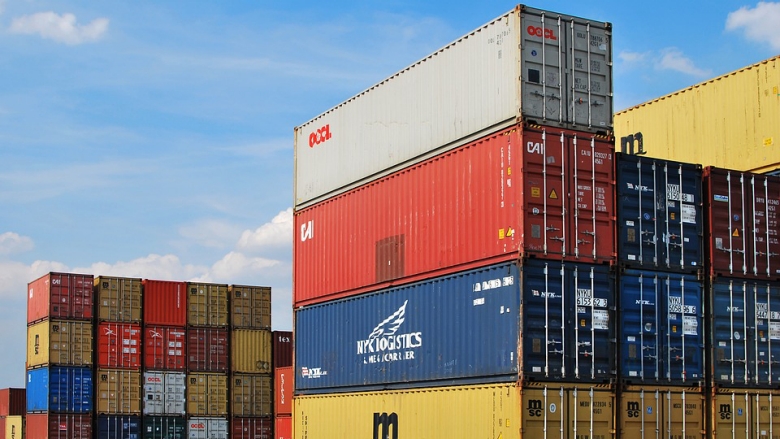 Containers in the port of Colombo.

From an office on Galle Road, Chamil Perera manages his company’s imports. It’s a small firm with a roster of 40 products, and every import necessitates a wrestling match with Sri Lanka’s customs.

Chamil’s company is trying to turn a profit in Sri Lanka, one of the most challenging countries in the world for importers and exporters. According to the Department of Commerce, trade-related regulations and laws are scattered across 34 agencies within government. Adding to prevailing confusion, these rules are hard to pin down, and various agencies often fail to collaborate.

The trader pays the price in delays and costs incurred. Chamil struggles to get the information he needs: why are Harmonized System Codes being changed arbitrarily by customs officers? Why are the import fees of a product variable? Why is he redirected to the wrong offices to attain licenses?

Most frustrating perhaps is the endless replication of work. “We are agents for certain products – as in we are the only ones in the country able to bring these down,” says Chamil, explaining that he must visit multiple offices to procure a fresh license for the same product every other week.

“It’s the same product, nothing has changed, and we are the only ones who can import it. Why don’t they just give us a one-year license for that product, and we can then simply pay the fee at customs as needed?” Faced with an impenetrable bureaucracy, Chamil can find no clear answers.

Chamil’s problems are reflected in the larger economy. It is becoming clear that Sri Lanka has lost its trade orientation and competitiveness over the past decades. However, trade is critical for Sri Lanka to meet its development aspirations and defeat the “middle income trap.”

“Sri Lanka’s post-civil war growth spurt is diminishing, and public-sector led growth is limited by budget,” cautions Tatiana Nenova, the World Bank’s program leader for Equitable Growth, Finance and Institutions for Sri Lanka and the Maldives “In the medium term, trade is the only sustainable, viable solution.”

For local businesses, trade transaction costs play an important role in investment and sourcing decisions - border procedures can add 10 – 15% to the cost of getting goods to market. In Sri Lanka, decades of protectionism have weakened the competitiveness of domestic industries, while the composition of exports has remained static, with textile, apparel and leather products receiving the most manufacturing sector investment.

The island has also so far failed to attract significant FDI into more technology-intensive sectors, such as fabricated metal, machinery and transport equipment.

“The government’s target of creating an additional one million jobs cannot be met without the external market,” says Sanjay Kathuria a lead economist at the World Bank. He explains that breaking out of the middle-income trap is so challenging that of 101 middle-income countries in the 1960s, only 13 had graduated to high-income status by 2008.

Sri Lanka’s best bet of defeating the odds may be in creating more jobs in exports which will boost GDP through productivity gains via reallocation from agriculture and informal services.

In response to such challenges the government has committed to an ambitious set of reforms under the World Trade Organisation’s Trade Facilitation Agreement.  Driven by a newly-established National Trade Facilitation Committee (NTFC), Sri Lanka is building a Trade Information Portal, to be in placed online in 2018.

The facility will collect every rule and regulation relating to international trade in the same location.  In parallel, planning has begun for an ambitious National Single Window for trade, which will allow all parties involved in trade and transport to lodge standardized information and documents at a single-entry point to fulfil all import, export and transit-related regulatory requirements.

“It will be a major boost to transparency when they are all in one place, on an easily-searchable website,” says Marcus Bartley Johns, a Senior Trade Specialist with the World Bank. “This will especially benefit small firms and entrepreneurs that do not have the resources to trawl through many different websites or visit government offices in person.”

Critical to this effort is making the information accessible in a way that is easily searched and updated. Users will not have to brave 34 websites or visit those offices in person, but can instead access this information 24/7, at their convenience.

When told about the plans for the National Single Window and Trade Information Portal Chamil is enthusiastic, but cautious: “I think it’s a good thing to do. But I don’t know how much things will improve, unless the system itself changes radically,” he says. “We need to see the difference on the ground.”