The Economic Recovery of Quito Takes the Subway 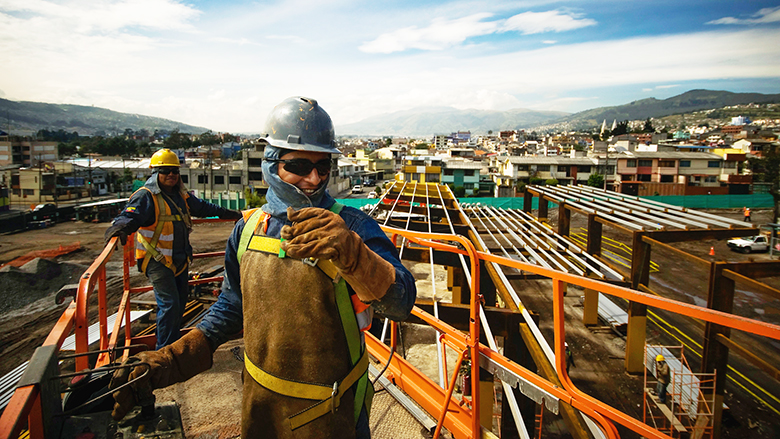 Freddy is an electrician from Loja, a province in southern Ecuador. When he was 22, he left the country in search of opportunities to help cover the education costs of his nine siblings.  That was in 1999, a difficult time for the Ecuadorian economy following the closing of several banks and the beginning of the dollarization process.

His destination was Madrid, Spain, where he quickly found work and a professional career that would change his life. It was “a chance happening,” as he says. He received training and helped expand one of the lines of the Madrid subway. “It was very difficult to leave my country and my family; it’s not something I’d like to do again,” he said.

After 15 years in Madrid, and three in Panama, where he participated in the expansion of the Canal, his company asked him to transfer to Ecuador to help build the Quito subway.

In a twist of fate, Freddy’s new workplace was the same place where he had said goodbye to his family: the former Quito airport. This is where El Labrador, the north terminal of the city’s subway system, was constructed.

“When I first started to work, I wanted them to destroy the airport; I had bad memories of that place,” he said. Today, Freddy is responsible for a team of 90 blacksmiths and welders, with whom he shares his construction knowledge to build the Solanda station in southern Quito.

Freddy’s story is like many others’. Dozens of people involved in the building of the Quito subway have returned to their homeland from Spain or Italy.

Blacksmith Paul Torres says he feels fortunate “to be a part of such a large project when it isn’t easy to find work.”

Along with Freddy and Paul, 2,400 people are working on one of the most important infrastructure projects in Ecuador’s history.  The Quito Subway Project will create more than 5,000 direct and 15,000 indirect jobs. This means an important boost to the country’s economy during an economic slowdown.

“The construction company always tries to buy locally; it strives to limit what it purchases outside the country so that the money stays here,” says José Luis Guijarro, manager of civil works of the northern section. 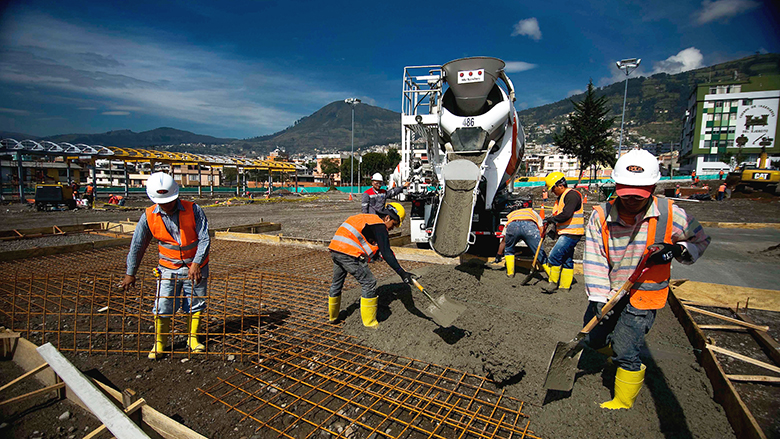 Each train will have six cars, with a total capacity of 1,500 passengers. The new subway system, which will cost an estimated US$ 2 billion, will transport some 400,000 passengers daily.

The subway will enable residents to travel between northern and southern Quito in approximately one-half hour. It introduces a new form of transport in the Ecuadorian capital, which currently has a high and growing demand for efficient public transportation.

Arturo Ardila, a transportation expert and manager of the project at the World Bank, says that the subway will create investments of “nearly US$492 million annually. Construction will take approximately 42 months. Quito’s GDP is approximately US$ 20 billion. Given the multiplier effect, the project will have a very positive impact on the city’s economy.”

The planned project –which will be completely underground- will connect the main tourist attractions of the city and will reach the main trip origins and destinations in Quito, in an area of influence where some 760,000 jobs are located.

According to studies by experts of the Community of Madrid – which is advising the project – the project will enable nine of every 10 Quito residents to access the integrated subway system in less than four blocks from their home or workplace.

“The subway will provide many jobs and will change the lives of a lot of people,” concluded Freddy.