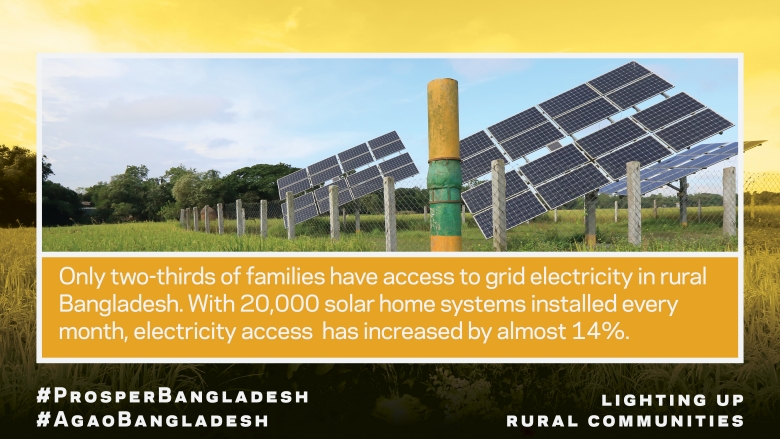 There are about 1.34 million diesel-powered irrigation pumps across Bangladesh, mostly for farms beyond the reach of conventional power grids. Most years, they spend about $900 million on diesel to fuel these pumps. That’s a big expense for farmers and the government, which subsidizes the fuel for the country’s economically critical agriculture sector, and diesel’s supply is often unreliable in remote areas.

The relatively small percentage of farmers with electricity-run pumps often face power shortages, forcing them to operate pumps at night when electricity consumption is lower. 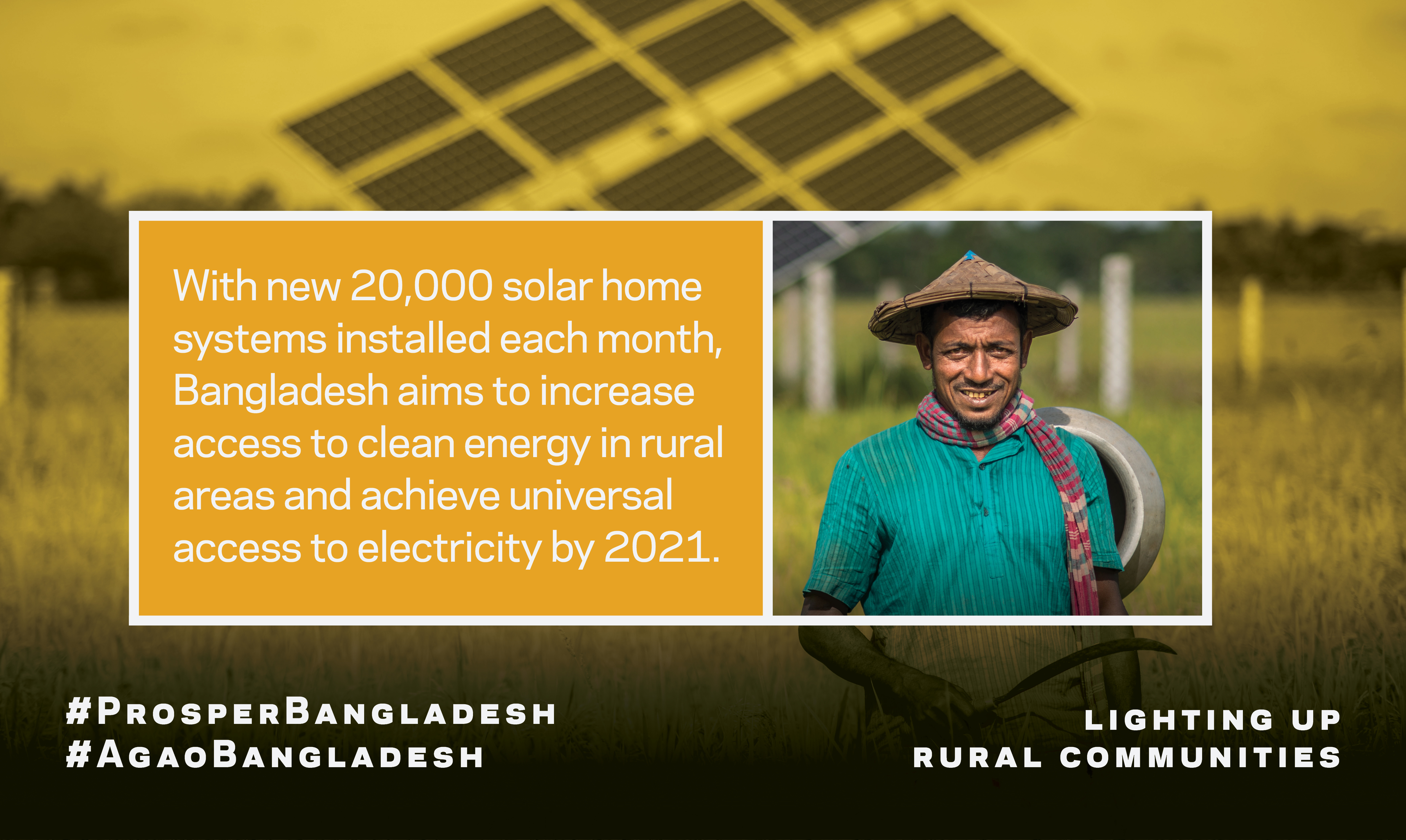 Changing Lives for the Better

“During the last season,” said Islam, a farmer from Sohagpur, “I spent a large amount on diesel to irrigate my crops. Now with the solar irrigation pump, the cost has reduced by almost half.”

“With the solar pump installed,” reported Mamun, a smallholder farmer from the Sohagpur village in Dhamrai, “we are getting sufficient water with lower monthly bills than we spent on buying diesel to run the generator.”

RERED II, which is helping the Government of Bangladesh make good on its commitment to give access to electrical power to all Bangladeshis by 2021, also offers enormous promise to one-third of Bangladeshis who live in rural areas and are beyond the reach of electrical grids.

Part of the World Bank’s $155 commitment, RERED II supports Solar Home Systems (SHS), a program that provides individual households with a solar panel to generate electricity and a rechargeable battery to store the power. It’s enough to operate three or four lights and a television set for at least four hours a day.

" With the solar pump installed, we are getting sufficient water with lower monthly bills than we spent on buying diesel to run the generator. "

A smallholder farmer from the Sohagpur village in Dhamra 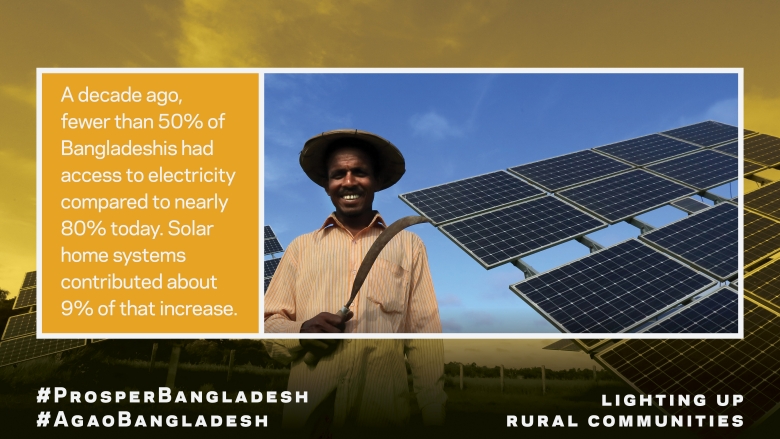 Scaling Up the Program

The original iteration of SHS in 2003 set out to bring these small power-generation systems to 50,000 houses. Since then, SHS has reached more than 3.9 million rural households and shops, and about 20,000 solar homes systems are being installed every month. Households that receive the systems pay a 15 percent initial down payment and repay the remaining cost over three years through an innovative micro-credit program.

A decade ago, less than 50 percent of Bangladeshis had access to electricity; today about 80 percent have access. SHS contributed around nine percent of that increase.

RERED II is also supporting the dissemination of improved cook stoves and biogas digesters for cooking, which is increasing access to clean energy in rural Bangladesh. More than 70,000 improved cook stoves sell every month, pushing closer to the target of one million by the end of 2016, two years ahead of the originally scheduled end.