A look at Carbon Pricing and Competitiveness 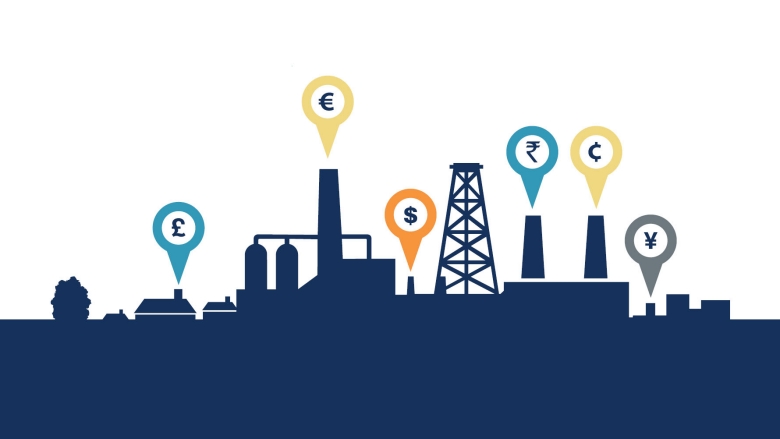 Putting a price on carbon pollution is seen as one of the most powerful and efficient strategies governments and businesses are using to respond to climate change. That’s the key message in a new Executive Briefing paper, issued today by the carbon Pricing Leadership Coalition, which includes governments, businesses and civil society groups all working together to advance carbon pricing.

The paper explores the impact of carbon pricing on competitiveness. And it says early evidence from advanced economies shows that putting a price on carbon pollution neither curtails industrial growth, nor prompts polluters to move to countries that don’t charge such a price.

When stacked up against a host of factors influencing business production and investment decisions, (such as transportation costs, and quality and cost of labor), a price on carbon emissions doesn’t itself spell business success or failure, according to the paper.

“After all,” said John Roome, Senior Director for Climate Change Group speaking at the Business and Climate Summit, “competitive success is more about productivity and creativity than the costs of setting up and running a business.”

The briefing finds that while Norway, Sweden, Switzerland, France, Canada’s British Columbia and California have instituted carbon prices, none have experienced adverse effects in industrial production or economic growth.  On the contrary, when British Columbia introduced a carbon tax, an entirely new clean technology sector of over 200 companies sprouted up, collectively generating $1.7b annually.

“Carbon pricing gives much-needed stimulus for diversification, innovation and investment,” said Roome. “The benefits can spread across an economy, and even help it become more resilient to external shocks.”

Sweden, which at EUR 137 per ton of CO2e, has the highest carbon price in the world, has seen growth increase dramatically with reduced greenhouse gas emissions in absolute terms.

Not to suggest, though, that putting a price on carbon pollution is always smooth sailing.

Economies that are dependent on heavy, polluting industries need to be particularly careful. Cement manufacturers, for example, account for five percent of global CO2 emissions, but have a difficult time squeezing emissions out from their operations.

Countries confronting such challenges need to be careful to bring in a price gradually, and in a way that doesn’t discriminate against specific industries or firms.

“In such situations,” Roome added, “countries will need to control the speed with which they introduce a price to ensure a smooth transition toward efficient and clean technologies.”

The briefing finds that in trying to stay competitive while introducing a price on carbon, economies need to take domestic concerns head-on, and also link their carbon markets with other economies.  This approach is explained in detail in the World Bank Group’s ‘FASTER Principles for Successful Carbon Pricing.’

One frequently voiced concern is ‘carbon leakage,’ where carbon-intensive industries – and their emissions – move to less stringent countries. However, argues the briefing, there hasn’t been much evidence of leakage so far – perhaps because this hasn’t to date been a very important factor, or carbon prices across the world have generally been quite low.

“The early evidence tells us that many of the fears policymakers and business leaders have had about a negative impact of carbon pricing on competitiveness is likely misplaced. And where there is cause for concern, we know the kinds of steps that must be taken,” said John Roome. “All we have to do now is roll up our sleeves, and get to work.”