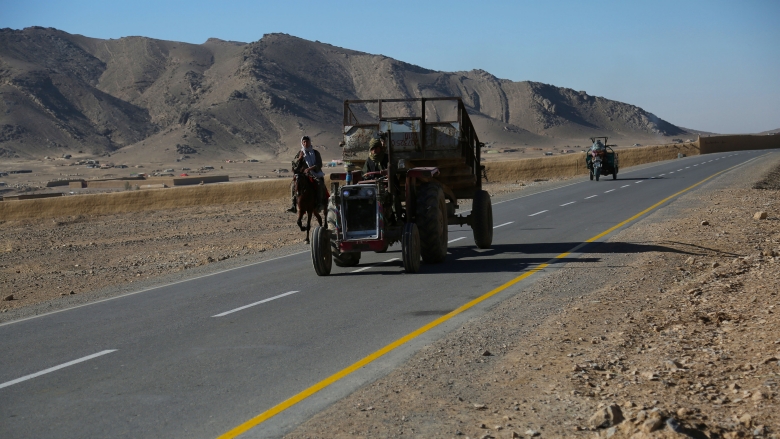 Farmers from the villages on both sides of this road now take their produce to the market on time and without any damage.

DAMAN DISTRICT, Kandahar Province – It is midday in Ghra village and farmers are leaving their farm for their homes. Eleventh grader Jamil Ahmad, 19, has just returned home from school on his motorcycle.

Not too long ago, Jamil had to walk the long way to school on a dusty, unpaved road. “Ever since the road in our village was paved, I started riding my motorcycle to school,” he says gladly. “In the past I had to walk to school, which was a long way and I was usually late to class. The dust on the way was also annoying. I am on time now and there is no dust to bother me.”

Asphalting Ghra Road has brought many essential facilities to the people living on both sides of the road by providing quick access to services and markets in Kandahar city center. Previously, road conditions were either muddy in the winter or dusty in the summer, causing great difficulties in transporting people and goods.

“Before the road was built, we had to sell our grapes, pomegranate, watermelon, and eggplants at lower prices in the market because the road was bumpy and our products would get damaged on the way,” says Haji Peer Mohammad, 53, an elder from the area. “Farmers from the villages on both sides of this road now take their produce to the market on time and without any damage. They are able to sell them at reasonable prices.”

As a result, farmers like Rahmatullah, 50, a resident of Haji Mohammad village, earn twice as much from selling fruits and other produce from his farm and orchard. 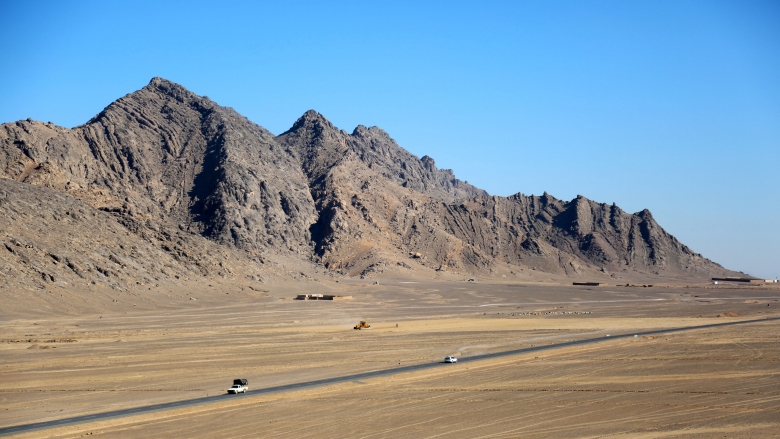 Photo Credit: Rumi Consultancy/World Bank
" Farmers from the villages on both sides of this road now take their produce to the market on time and without any damage. They are able to sell them at reasonable prices.  " 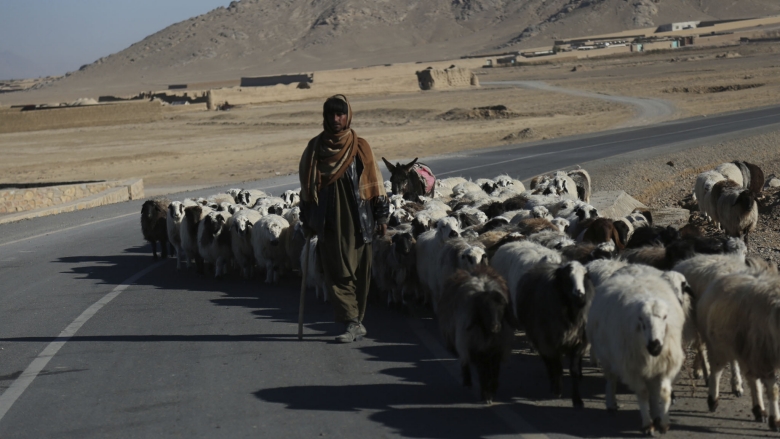 Previously, road conditions were either muddy in the winter or dusty in the summer, causing great difficulties in transportation.

Some 30,000 people benefit from having the all-weather road, which was completed in January 2015. The construction of Ghra Road was carried out under the Afghanistan Rural Access Project (ARAP), implemented by the Ministry of Rural Rehabilitation and Development (MRRD) The project aims to benefit rural communities across Afghanistan by improving access to basic services and facilities through all-weather roads. Supported by the International Development Association (IDA), the World Bank Group’s fund for the poorest countries, and Afghanistan Reconstruction Trust Fund (ARTF), ARAP is a follow-on project of the National Emergency Rural Access Program (NERAP).

The asphalted Ghra Road has also made it easier for villagers to access healthcare services. “In the past it took us as long as an hour to take our patients to a health center. If the patient was in a serious condition, then it was a high risk,” says Ghra village resident Haji Mohammad Wali, 80. “Now it only takes us 10 minutes to reach the health center.”

Since Ghra Road was built, transportation fares have reduced in the three villages, saving residents both time and money. “We used to pay 1,000 afghanis to go to Kandahar city. Now we only pay 300 afghanis,” says another villager, Haji Abdullah, 54. “Cars now consume only two liters of fuel instead of five on that trip.”