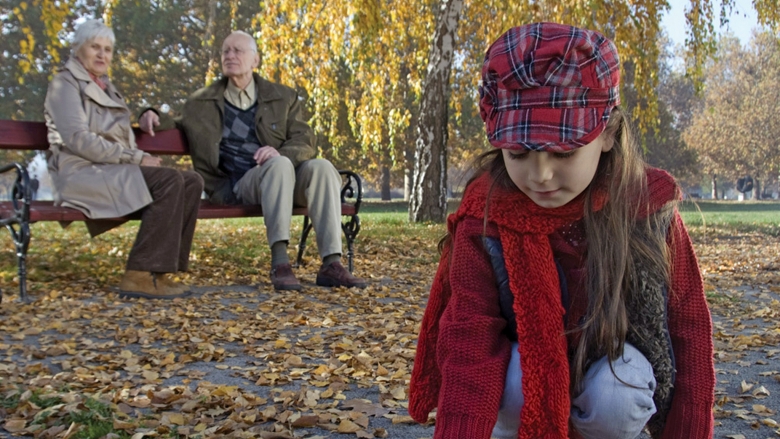 Two recent World Bank Group reports on aging, from Europe and Central Asia and East Asia and the Pacific, highlight the critical roles women play in aging societies. As populations live longer, they require more care, the majority of which is provided by women. At the same time women are encouraged to work more and later in life to fill gaps in the labor force, and to have more children to stem the tide of lagging fertility. This places competing demands on women’s time.

Europe and Central Asia (ECA) has the oldest populations in the world. From 1950-2015, the average age of the population increased from 29 to 37, and the share of people 65 and older doubled from 6 percent to 12 percent, according to the World Bank Group report, Golden Aging: Prospects for Healthy, Active and Prosperous Aging in Europe and Central Asia.

Falling birthrates are the primary demographic change driver. Fertility has dropped by more than half in the last 50 years in these regions, leaving countries such as China, Russia, and Thailand well below their population replacement level—prompting calls for families to have more children to counter risks posed by shrinking populations.

Women at the nexus

Across the two regions, women are living longer and healthier lives, but lag behind men in their labor force participation. Europe and Central Asia, for example, would have 10 million more workers if women were employed at the same rate as men.

The disproportionate amount of care that women provide to children, disabled people and elderly across their lifecycles limits their labor market participation. In fact, population aging, in the context of people living longer and delaying childbearing, has helped create a so-called “sandwich generation” of adults providing support simultaneously to multiple generations, usually their parents, children, and grandchildren. In the ECA region, women in their 50s are the most squeezed—often retiring early to meet increasing care demands.

Powerful social norms, particularly with regard to childrearing, reinforce women’s roles as primary caregivers, often at the expense of income opportunities. In younger countries, such as Fiji, Kosovo, Malaysia, South Korea and Turkey, where favorable job incentives exist, young urban women are still likely to drop out of the job market after childbirth. Where women stay in the workforce, childcare responsibilities may shift from mothers to grandmothers, leading more women to take early retirement.

The more women engage in unpaid, informal care work, the less time they have for formal employment. This reduces lifetime earnings and pension benefits, putting caregivers in a vulnerable position, particularly in old age. Improving women’s labor participation early on would increase their lifetime earnings and reduce their vulnerability to poverty across their life cycle. 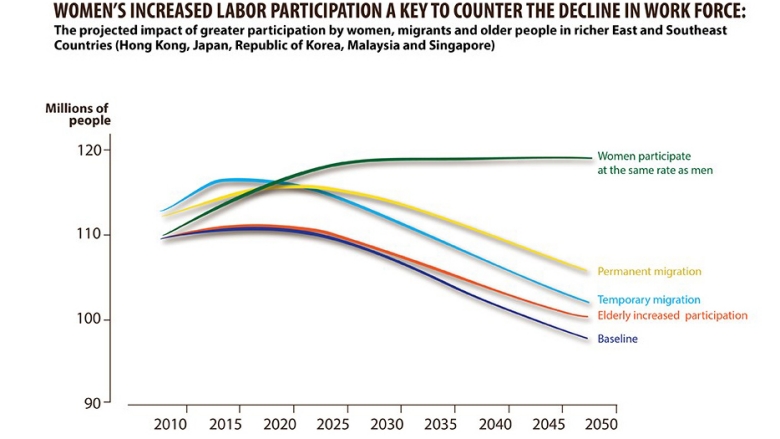 To overcome the shrinking working-age population in both regions, many countries are encouraging women to work more and longer to boost economic growth. This will inevitably require rebalancing the supply of informal and formal care in aging societies.

First, providing accessible, affordable, and quality formal childcare and eldercare options would allow women to engage more in the labor market. An encouraging trend from OECD countries shows that young women are able to combine work and motherhood when effective childcare services are available.

Second, employment-related policies can also facilitate women’s labor force participation. This can include short paid parental leave for both parents; adjustment in pension systems to avoid biases against working women and ensure convergence of male and female retirement ages; and removal of restrictions on what work women can do and when.

Finally, women who have left the workforce can be encouraged to return at the earliest opportunity, as lengthy breaks can hinder career advancement and reduce income permanently. Flexible work arrangements can function as alternatives to unpaid leave, creating opportunities to balance work and care.

Philip O’Keefe, lead author of the East Asia and Pacific report, stresses, "A key question in the provision of care is the appropriate and sustainable role of the state in financing such services, even where provision may be primarily outside the public sector. More broadly, policy and financing reforms would need to be accompanied by a shift in societal norms on the roles of women and men in family formation and rearing."

Ana Maria Munoz Boudet, a World Bank Senior Social Scientist, explains, "Who provides care and who earns an income is a result of household bargaining, not an individual decision of women only." In this decision-making, factors, such as who earns more, has a stable job, or has provided care before, weigh on the outcome.

As such, redistributing care needs and encouraging women to work is not only a matter of helping women to balance their work load but changing policies and social norms that are more likely to push women out in the first place. As a result, the design of care and labor policies needs to be context-specific and take into consideration different policy objectives and prevailing social norms.

As populations shrink and grow older, countries cannot afford to leave women outside the labor force. How these countries facilitate women’s participation in labor markets and redistribute care needs will alter how these societies age and whether they continue to prosper.

Analytical work for the two reports on aging was supported in part by the World Bank Group’s Umbrella Facility for Gender Equality, a multi-donor trust fund investing in evidence, knowledge, and data needed to identify and address key gaps between men and women to deliver better development solutions that boost prosperity and increase opportunity for all.