Mining Leaders from Argentina, Mexico and Peru Focus on Building Trust with Communities 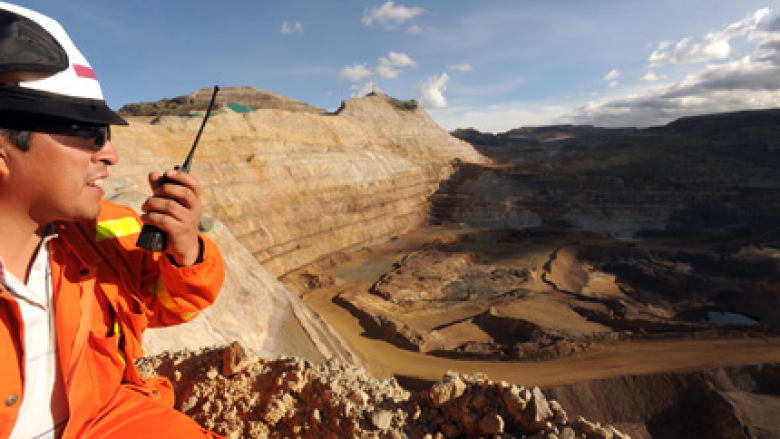 Over the last decade Latin America experienced high growth and consistent poverty reduction in part due to the boom in commodity prices. In 2013 the region received 27% of global exploration spending and this investment influx brought much needed economic stimulus.

For example, in Peru investment grew from $109 million in 2003 to $3.5 billion in 2013, which contributed to reduction in poverty from 50% half-way during the last decade to 24% in 2013. But at the same time Peru experienced many social conflicts as the country struggled to keep up with the fast pace of mining growth. This poses challenges to managing mining projects in a responsible, equitable, and transparent fashion.

But now the golden age of high commodity prices is over and leaders are grappling with the challenge of attracting waning investment and transforming it into sustainable development. High-level government representatives from Argentina, Mexico, and Peru discussed these challenges during a panel discussion convened by the World Bank Group and Global Affairs Canada at the Prospectors and Developers Association of Canada (PDAC) Conference in Toronto. Despite lower commodity prices, the representatives felt confident that mining investments will continue to grow in their countries but at a slower pace than over the past five years. All agreed that for new investments to be sustainable, relations between communities, companies and governments must improve.

“As of 2014, Canadian mining companies had invested $81 billion in Latin America,” said Patricia Peña, Director General, Economic Development Bureau, Global Affairs Canada. “This investment comes hand in hand with our commitment to ensure that natural resources are managed responsibly and benefits are shared.”

Vice Minister Shinno of Peru’s Ministry of Energy and Mines emphasized that three-way dialogue must begin very early on and continue throughout exploration, construction, operation, and project closure.

“Peru must overcome conflicts in the mining sector through increased dialogue between government, communities and companies,” said Vice Minister Shinno. “Dialogue with government must include national, regional, and local leaders for it to truly build trust and lead to sustainable solutions.”

Shinno added that institutional vehicles for dialogue at the subnational level are very effective in incorporating local and regional leaders. He cited Peru’s leadership as the first country to bring Extractive Industries Transparency Initiative (EITI) dialogue to the regional level in Moquegua and Piura.

A recent World Bank assessment of mining governance in Peru echoes the comments of Vice Minister Shinno. The assessment, Mining Investment and Governance Review (MInGov), found that one of the most urgent governance needs in Peru is to reduce the likelihood of social conflict through stronger institutional outlets for dialogue. Developing these dialogues requires widespread outreach to local and community leaders to raise awareness through training and education.

Argentina differs from Peru in that its mining sector is relatively smaller. However, Argentina has strong prospects and geological potential, and is now returning to the market after several years of absence.  In addition, the new government has enacted policy changes that encourage investors such as an end to the country’s export taxes on metals.

Argentina’s Secretary of Mining, Daniel Meilán, emphasized that they are formulating a preventative strategy to avoid conflict and build trust with communities at the early stages of mining development. This is a key part of the country’s broader mining policy reform that entails a federal agreement on mining tax framework with the provinces.

“Our strategy is to engage with communities early on, preparing them for the positive and negative impacts of mining; building understanding and trust that will help prevent conflict,” Meilán said.

More specifically, Meilán proposed earmarking funds from a mining tax to support “public social responsibility” that would prepare communities near mining projects with information, training and continuous dialogue and engagement. For example, the fund would support robust environmental baseline assessments so communities can rely on factual information to assess project impacts. Meilán also suggested these funds would support development of local suppliers so local entrepreneurs can benefit from changes in the local economy around mining projects.

Mario Cantú, General Coordinator of Mining for Mexico, also highlighted recent changes to mining fiscal regime in his country. A new Fund for Regional Sustainable Development of States and Municipalities with Mining Activity will distribute a percentage of mining taxes to municipalities and states that neighbor mining projects. Until recently, Mexico was one of the few Latin American countries where there was no mining royalty to distribute benefits locally.

“This redistribution of funds will help share concrete benefits of mining activities with communities and strengthen trust between companies, communities and the government,” said Cantú.

While Argentina, Mexico, and Peru are all at very different stages of mining development, the panel discussion clarified that they face similar challenges and can learn from each other. It was clear all three countries need to invest in formal institutions to bring together diverse stakeholders to build trust in the sector.

“Latin America needs a shared vision for how mining benefits stakeholders in the region and contributes to their development,” said Paulo de Sa, Practice Manager for the World Bank Group’s Energy and Extractives Global Practice. “The World Bank looks forward to working with our partners in the region to make this happen and build towards consensus and shared benefits at the local level.”

The World Bank is currently working in several countries in Latin America to enhance the benefits of mining for local populations. In addition, the World Bank supports implementation of the Extractive Industries Transparency Initiative (EITI) in seven countries in the region. Much of this work is supported by the new EGPS Multi Donor Trust Fund that has received contributions from five donors so far: Australia, Finland, Germany, Norway and Switzerland.  As founding supporters of EGPS, these donor countries demonstrate their strong commitment to translating the benefits from extractives into sustainable development for all.