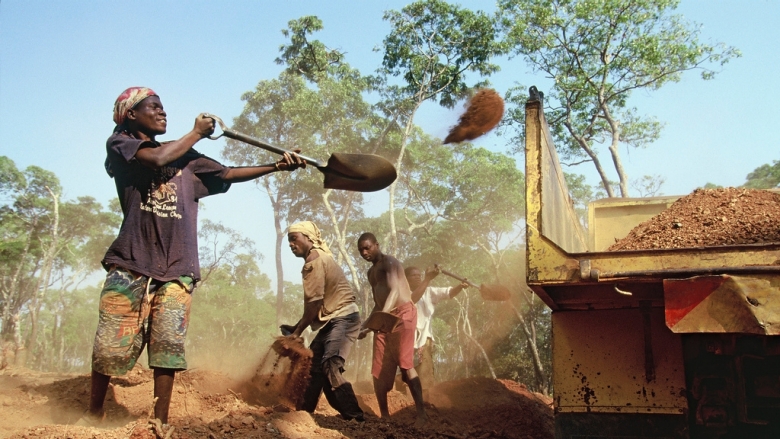 It is an interesting dilemma. The more quickly crews rebuild roads and bridges after a flood, the faster people can get moving, back to work, back to markets, back to school, back home.  But a road that’s built quickly is often a road that is just as vulnerable to flooding as the one it replaces.

Phase one of a post-disaster operation might be basic repair, to get cars and trucks moving again. But “phase two would be to ‘build it back better,’” says Kulwinder Singh Rao, a senior highway engineer at the World Bank. He is heading up the Mozambique Roads and Bridges Management and Maintenance Program. “That would be to take time and invest in durable design and construction for longer term assets like bridges and culverts. And,” he adds, “there is inherent tension between the two phases.”

With support from the World Bank and the Global Facility for Disaster Reduction and Recovery (GFDRR), the government of Mozambique is trying to reconcile that tension.  The country is experiencing more frequent, more extreme weather-- longer dry spells, severe floods and frequent coastal storms are more common.

In January of 2013, catastrophic floods hit the lower Limpopo valley and other parts of southern Mozambique.  They were the worst disaster to hit the country since the floods of 2000. The Limpopo floods caused 113 deaths and approximately 172,600 people had to be evacuated. The floods ruined nearly 89,000 hectares of cultivated land. The Mozambique government estimates flooding had a significant –negative--impact on economic growth, in part because of rising food prices.  Food costs tend to hit the poorest hardest, and the 2013 floods were in the agriculturally rich Gaza province.

Before the Limpopo floods, the government of Mozambique had targeted basic infrastructure investment as the single most important contribution to growth and to improving the lives of the country’s poor. The World Bank, with financing from IDA, IBRD and the GFDRR, is supporting a long-term project that aims to improve access to markets via secondary and tertiary roads, and supporting trade, tourism and national unity via main roads. To do that, the project is working to:

Then the floods came.  And the project’s goals moved to include layering climate adaptation over the work already in progress. The new resilience-oriented focus includes looking at Mozambique’s

And because of recurring flooding, Kulwinder Singh Rao explains, “we are forced to go back and check and see if what we are doing is working or if it’s back to the drawing board.”  Pilot programs to design and test climate-resilient infrastructure are built into the project.  With the World Bank’s help, about 800 kilometers of paved and unpaved roads and 30 main bridges and drainage structures will be restored and/or rehabilitated.

In the Limpopo lower basin, most of the roads are built on embankments and act as dykes. The floods damaged at least 18 stretches of paved roads and bridges, including three sections of the main national highway. Many flooded villages were completely cut off, and others were isolated from roads and had to be accessed by boat. About 70 percent of the province’s road network was damaged, which amounts to 2,200 km of roads, including 30 bridges and culverts, and 62 aqueducts.

Those living with the effect of the floods need permanent, reliable solutions now. The government, using local contractors and consultants, has temporarily restored major critically damaged links. With the emergencies fixed, managers and construction crews are turning to “building back better,” which demands more time, money and detailed engineering work.