Lagos, Nigeria, is the sixth largest city in the world. It is also the fastest growing and one of the most congested in the world. Commuting for Lagosians can be a serious challenge. Until recently, transport options to get to work were either small minibuses (the danfos) or larger minibuses (molues). Traffic was bad and transport expensive.

With funding from the World Bank and the Agence Française de Développement, the Lagos Metropolitan Transport Authority (LAMATA) designed and created the first bus-based mass transit system (BRT) in Africa. It aimed both to enhance transport efficiency in the city and to reduce transport emission. Successful beyond expectation, the BRT system has moved in the last five years of operations more than 400 million passengers. According to LAMATA, reduction in transport related greenhouse gas emissions was measured to be around 13% in project areas – due to the use of the buses and reduce trips of private cars. And a reduction of 20% in road accidents was also observed in those areas.

Catering to an increasing demand for transport services is a challenge that both developed and developing countries face. At the same time, transport represents 23% of energy related CO2 emissions and is therefore a significant contributor to climate change. A further complication to the transport-climate equation is that transport systems that cannot withstand the emerging impacts of climate change will prove burdensome. They will impose high costs for maintenance and repair; limit community access to jobs, schools, and hospitals; and cause large economic losses. Ensuring the climate resilience of transport investments is also critical in allowing other sectors to quickly rebound after natural disasters and climate-related shocks.

The other side of the equation however, as illustrated by the Lagos BRT example, is that climate-friendly transport solutions are also those that serve the poorest and most vulnerable members of the community, because they are less expensive and often provide better access than other means. Women, for example, are less likely to own and use a car and more likely to use walk or use public transportation as their main mode of transport. By removing cars or minibuses from the roads, BRTs, metros and trains also improve road safety. And importantly, while today’s investments in sustainable transport will pay economic, social and climate dividends now and for future generations, the reverse is true: investments now in carbon-heavy transport will lock-in countries and cities on unsustainable development paths.

This message has not gone unheeded. Ahead of COP21, a significant number of governments are committing, through their Intended Nationally Determined Contributions, to invest further in climate-friendly transport. Benin, for example, has pledged as part of its INDC to improve traffic flow in large cities, to develop a river-lagoon transport system with navigable rivers, and to modernize and extend its rail infrastructure. Bangladesh has identified as potential mitigation action modal shift from road to rail, including through metro systems and bus rapid transport systems in urban areas. Bangladesh also mentioned reducing traffic congestion, including by building expressways and with public transport measures.

" The international community, MDBs and other transport stakeholders, need to increase their support to developing countries in tackling the climate impact and climate resilience of transport. COP21 is a unique opportunity to foster sustainable transport investments and business models. " 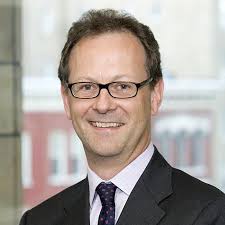 To support these commitments, the 8 Multilateral Development Banks have pledged to increase financial and technical assistance to countries implementing sustainable transport solutions.

“The international community, MDBs and other transport stakeholders, must rally behind developing countries efforts to tackle the climate-friendly transport agenda.

The MDB pledge is threefold:

The MDBs, in their transport statement, emphasize the importance of improving the climate resilience of transport systems and commit to build awareness on the criticality of protecting transport services so that they can continue to deliver social and economic benefits under current and future climate change scenarios.

In its new publication entitled “Moving Towards Climate-Resilient Transport”, the World Bank notes that while countries are investing massively in transport infrastructure – estimated globally at $1.4 to $2.1 trillion per year – few developing countries have yet developed a systematic approach to mainstreaming the building of resilience in the transport sector.

The World Bank has been working with client countries to ensure that transport plans and investments are robust to current and future climate: for example in Morocco where the World Bank conducted a study on the adaptation of the Moroccan transport sector to climate change and evaluated the vulnerability of the road sections; or in Can Tho City, Vietnam, where it looked at the costs to transport from flooding.

The World Bank is now committed, in partnership with the MDBs and other key actors in the transport community, to scale up resources and expertise to clients to enable them to integrate climate change analysis into transport plans and investments and to thus enhance local and countrywide climate resilience.