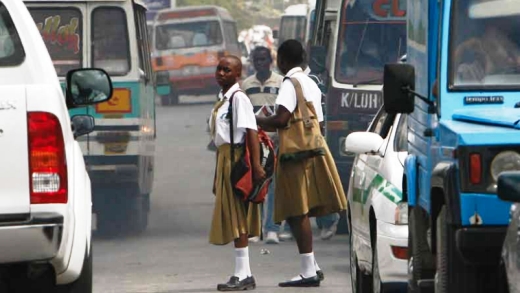 As hundreds of representatives descend on Brasilia this week for the 2nd Global Ministerial Conference on Road Safety, the main topic for discussion is how to accelerate progress towards improving road safety and saving millions of lives by 2020.

2015 marks a milestone for the road safety agenda with the inclusion of specific Sustainable Development Goals (SDG) targets for road safety, including cutting by half the global number of road traffic fatalities by the end of this decade.

The latest Global Status Report on Road Safety estimates that road deaths have leveled off since 2007. But they remain unacceptably high, at 1.25 million deaths and 50 million injuries a year. This is more deaths than from malaria or tuberculosis; and if trends continue, the number of traffic-related deaths could surpass those from HIV-AIDS by 2020.

Africa, for example, remains the region with the highest death rates as of 2013, with death rates one and a half times the global average of 16 per 100,000 population. A Bank delegation will discuss with clients, partners and potential donors the best way forward to scale up action, funding, and overall impact, especially for the poorest countries towards improving road safety.

Major middle income countries like Brazil, China and India also require concerted action if more impactful results are to be achieved. Most recent road safety projects in Brazil, for example, include road safety management capacity reviews of the states of Sao Paulo, Rio Grande do Sul, and Bahia.

“Significant efforts are needed in middle-income countries like Brazil to achieve the global goal of saving more than 600,000 lives a year,” says Martin Raiser, World Bank’s country director for Brazil. “Rapid urbanization and raising of motorization rates bring major safety challenges, so we are working closely with government agencies at the national and state levels.”

Over the past 10 years, the World Bank’s Global Road Safety Facility (GRSF), which is supported by the UK, Bloomberg Philanthropies, and the FIA Foundation, has promoted global knowledge products to tackle road safety through multi-sectorial interventions. All World Bank road projects today address road safety, and the Bank’s lending targeted at road safety has increased by more than 300%, from $56 million in FY 2006 to $239 million in FY 2015.

The GRSF, which has helped mobilize some $850 million in road safety investments over the years, is currently supporting 44 active projects in 26 countries, while tackling key risk factors, including: safety design infrastructure, institutional capacity, relevant legislation, policing and enforcement, improved data and analytics, and behavior change of drivers, motorists and pedestrians, as well as safer cars and effective post-crash response.

" The road safety challenge requires decisive and committed leadership, effective funding, and accelerated action if countries are to meet targets through proven results "

“GRSF’s unmatched leveraging ratio of funding, and its role as a hub of global best practices, makes it the most effective partner for tackling this agenda.”

In India, for example, where the World Bank’s GRSF is actively engaged, projects range from support for more effective legislation and enforcement to a program of road assessments, as well as road safety trainings and manuals, and the organization of a Hackathon on road safety in Kerala.

“We are committed to and are investing on improving road designs in highway projects, and are making all efforts in identifying black spots and removing them to prevent accidents,” says India’s Minister of Road Transport & Shipping Nitin Gadkari.  “In our concerted efforts to achieve the global road safety goals, we are collaborating with the International Road Federation, WHO, and World Bank to strengthen our capabilities to better tackle all major road safety risk factors.”