Through a World Bank-supported grant, Emmanuel Boamah Okyere, 24, was trained in greenhouse trellising, an agriculture technique which minimizes the risk of pests and disease, and provides a way to grow food without much land.

ADIDOME, November 4, 2015 – Emmanuel Boamah Okyere, 24, has a passion for growing food. With at least 70% of Ghanaians involved in agriculture, mostly in rural areas, he sees it as a major tool in the country’s development and the eradication of poverty.

But with the use of old technology, the threat of pests, diseases and the challenges of the Volta Region’s tropical climate, farmers have to learn new skills to make the most of their crops, Okyere said. That’s why the recent college graduate volunteered to be one of the first to learn how to use greenhouses to grow vegetables.

“For a lay farmer in Ghana, greenhouses will minimize some of the risks of pests,” said Okyere, who has a degree in geography and rural development. “We are trying new things and adjusting based on what we learn, in the hopes that farmers will adopt new ways of farming.”

Okyere is being trained by Agri-Impact Consult, a private agribusiness firm that provides support to agriculture and agribusiness throughout Sub-Saharan Africa. Through a grant of more than $223,987 (826,206 GHS) from the Skills Development Fund, Agri-Impact Consult has established three greenhouses in regions throughout the country, where farmers are trained in easy-to-use technologies that will ensure year-round, high-quality produce for smallholder farmers. In the year since greenhouse production began, farmers have made major advancements in agribusiness; tomatoes and sweet peppers grown on trellises without soil are now for sale in local groceries such as Shop Rite and Eden Tree, and used in some hotel kitchens.

The fund is financed in part by the World Bank’s Ghana Skills and Technology Development Project, which supports opportunities to expand employment, increase skills training and promote increased adoption of technology. Since the fund was established in 2011, more than 614 grants have gone to thousands of businesses in various industries, from training for widows and orphans in the process of shea butter extraction and packaging, to improving the technical and management skills of beekeepers.

Nora Bannerman-Abbott, CEO of Sleek Garments, has also been able to benefit from a grant from the Skills Development Fund. For more than 30 years, Bannerman has been in the business of championing Ghana design and fashion both locally and internationally. In that time, orders have grown, but the skills needed to meet the demand had not.

“There has been a real difficulty securing skilled labor,” said Bannerman-Abbott, who has sometimes had to subcontract to meet a huge order deadline. “But even those factories need to have skilled workers.”

Through a $137,559 (529,515 GHS) grant, Bannerman-Abbott has been able to train and employ people, especially women, in the use of various garment production skills and equipment, including needlework, apparel design, contemporary fashion and how to work with woven cloths, knits and a range of fabrics from the thinnest to the thickest.

And that’s not all; Bannerman-Abbott also teaches students entrepreneurial skills, and some of the students she’s trained have gone on to start their own businesses, she said.

“This is not just income generation, but also job generation,” Bannerman-Abbott said. “We are the pioneers who keep hope burning. We have seen the markets and we have seen the volumes they are looking for; we need to position ourselves even better and have more factories. We really must keep on.” 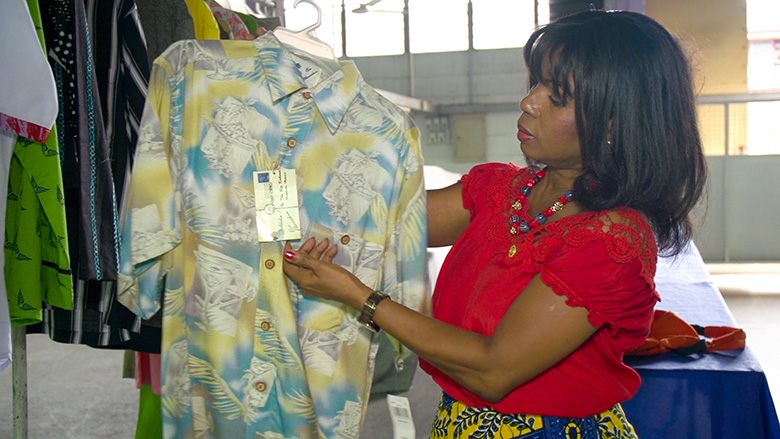