WASHINGTON, September 25, 2015—Consider the fate of a small-scale trader in the Great Lakes region of Africa.

She—for it is likely to be a small-scale farm in a border region with her family. On her back, balanced on her head, or perhaps with the aid of a cart or a small vehicle, she transports produce to a border crossing in the hopes of selling her produce on the other side. She is all too familiar with what awaits her there.

Officials from a dozen or more local, regional, and national government agencies on both sides of the border will insist on inspecting her goods and, in some instances, inspecting her. Either overtly or by strong implication, she will understand that she must bribe one or more of these officers if she wants to get her goods to market.

A bribe might only consist of a few eggs or a bunch of bananas. (A few eggs from every trader who crosses the border adds up to a lot.) But if she resists in any way, or perhaps even if she doesn’t, she may be subject to verbal or physical harassment, including humiliating body searches conducted by men.

All the the trader’s produce, the main source of her family’s meager income, is at risk of spoiling in the equatorial heat before ever getting to market. The dusty border crossing lacks warehouse facilities where traders can store goods while awaiting customs clearance. Even once they get across the border, assuming their goods are still marketable, they may face a long trek just to reach a market.

Those lucky enough to have only short distances to cover can cross and re-cross borders multiple times in a day, but in each crossing, they must navigate the financial and physical hazards that are part of life for traders in the region.

Addressing these daily hazards and at the same time boosting a vital part of the region’s growing economy the core idea behind an initiative launched by the World Bank and the governments of the Democratic Republic of Congo, Rwanda, and Uganda. Implemented in cooperation with the Common Market for Eastern and Southern Africa (COMESA), the Great Lakes Trade Facilitation Project aims to clear logistical and administrative logjams at busy border crossings, reduce corruption and the harassment of traders—particularly women—boost local and regional economies, and alleviate poverty.

“The economic impact, particularly from the 20,000 to 30,000 small-scale traders that cross the border between the Democratic Republic of Congo and Rwanda each day, is crucial for the Great Lakes region,” said Paul Brenton, one of the World Bank’s Task Team Leaders for the project.

“Trade generates solidarity between communities and improves livelihoods, which in turn reduces the likelihood of conflict” added Shiho Nagaki, a fellow Team Leader.

The project will fuse both physical and logistical improvements in customs and border facilities with policy and procedural reforms and capacity building. For example, the project will fund construction of shelters for traders waiting at the border; automated turnstiles to facilitate more speedy passage through the border and less physical contact with, and therefore potential harassment from, border officials; gender sensitivity training for border officials; and the enshrinement of policies such as a requirement that inspections of female traders be conducted by female officials.

The goal is to improve the efficiency, capacity, and security of border operations at a number of key border crossings connecting the economies of these countries, thus improving the economic health of the region.

" There is a lot of rudeness and harassment at the border. The border agents only want money. You always have to discuss and negotiate. "

Trade is key as Great Lakes countries emerge from conflict

The Great Lakes Region of Africa, encompassing countries bordering on Lakes Albert, Edward, Kivu, Victoria, Tanganyika, and Nyasa, is emerging from years of conflict that aggravated extreme poverty and displaced millions of people.

Robust economic growth has followed the winding down of conflict and underscored the enormous economic potential of a region rich in mineral wealth, arable land, and breathtaking natural wonders. Rwanda’s economy, for example, grew at an annual rate of 8.2 percent between 2001 and 2011, with the percentage of people living in poverty declining from 59 to 45 percent. The districts with the strongest economic performance have been those bordering Uganda, the Democratic Republic of Congo, and Burundi. In Uganda, the proportion of the population living below the official poverty line fell from 56 percent in the early 1990s to 19 percent last year.

But inefficiency and corruption persist at border crossings, imposing a significant drag on the regional economy, particularly for small traders, 8 out of 10 of whom are women, according to one recent survey. At teeming border crossings such as and Mpondwe, between the Democratic Republic of Congo and Uganda, or Goma and Rubavu, between the Democratic Republic of Congo and Rwanda, border officials are themselves seeking to survive on low monthly salaries.

“There is a lot of rudeness and harassment at the border,” said Maman Bahati, a Congolese . “The border agents only want money. You always have to discuss and negotiate. To cope with this, some women have no other choice but to cross illegally and sneak through the process.”

Not all of the corruption at the border is official. Mama Chantal, a Rwandan green bean trader, reflected on the brutality of unofficial agents, who routinely rough up traders.

“They walk the streets near the border and as soon as they see you trying to transport goods, they quickly grab you by your bag or your clothes and demand payment of the taxes,” Chantal said. “If you refuse to pay then they take you to the neighborhood and intimidate you.”

Most of the trade at these border crossings is small scale, usually involving individual traders on foot, and most of them trading in agricultural products. Most is “informal” trading—legal but not recorded in customs records. Thus the project, to be implemented over seven years, seeks to benefit some of the poorest and most vulnerable groups in the Great Lakes Region.

The means of improving circumstances for these traders can be as simple as ensuring that women inspectors handle the job of conducting searches of female traders; providing written receipts when customs dues are paid; and affording traders with a reliable organization that can receive and respond to complaints about harassment and corruption.

Success will be measured by collecting data on the average time it takes for a trader to get goods across a border, the value and volume of goods crossing borders, the incidence of harassment of small traders, particularly women, and the views of traders as to the quality of services provided by border agencies.

The project will help COMESA implement regulations and procedures for the treatment of small-scale border traders, including a toll-free complaint hotline, simplified immigration- and health-related procedures, streamlined access to air freight, and duty-free entry for eligible goods. Implementation of these improvements, along with modernized facilities at borders and changes as simple as providing separate lines for pedestrians, will not only benefit traders; it will also benefit by generating more revenue.

“The Great Lakes Trade Facilitation initiative is about unlocking the economic potential of small traders who are a vital part of a growing regional economy,” said COMESA Secretary General Sindiso Ngwenya. “Research has shown that over 30 percent of the trade taking place along the project target areas is from informal small scale traders, especially and the youth. This intervention is therefore crucial in facilitating and streamlining trade. COMESA is confident that its partnership with the World Bank will yield significant and positive economic impact.”

Part of the project will entail developing regional markets near to border crossings, so that small traders, particularly those on foot, can quickly sell their goods, making possible more round trips per day and increased income for poor families.

“We’ll be really looking to see if circumstances improve for these women and men and if they’re able to get their goods to markets across the border in a shorter time and with few to no negative incidents,” said Charles Kunaka, the World Bank’s co-Team Leader of the project. “Ultimately, we’d like to see an increase in the daily volume of trade, rising profits and revenues for traders, and better revenue generation and control for governments.” 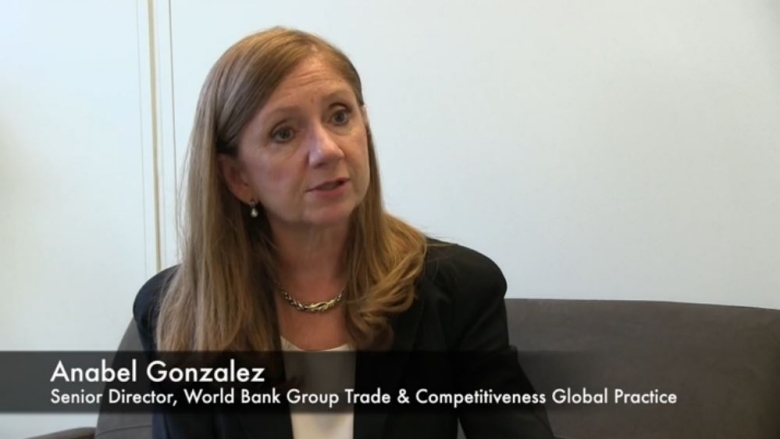