BEITBRIDGE, September 21, 2015 – In 2008 and 2009, Zimbabwe’s poor sanitation and water treatment facilities became a public health catastrophe that claimed the lives of 4,300 people and infected more than 100,000 people nationwide.

In the border town of Beitbridge alone, nearly 25,000 people became infected with the waterborne disease. Poor sanitation infrastructure was only the tipping point of the causes of the cholera epidemic.

“We lost a lot of people,” said Rumbidzai Ribombo, the chairperson of the Beitbridge Residents Association. “A lot of people died because they did not have access to clean water.”

The spread of the disease was further exacerbated by inadequate treatment of drinking water, shortage of stored treated water, and erratic power supply causing businesses to suffer.

“Our biggest problem in Beitbridge at the time was burst sewer lines, which made the town dirty all the time,” said F. Gumbo, owner of Beitbridge Pay Toilets. “We didn’t have water, we were losing a lot of money.”

These conditions combined to create an epidemic that took two years to recover.

In response to the epidemic, the Government of Zimbabwe and the World Bank (WB) created the Beitbridge Emergency Water Supply and Sanitation Project with the goal to address the town’s serious water and sanitation issues.

This project’s first order of business was to make physical investments in the water supply system, wastewater treatment, and solid waste management, while also strengthening the capacity of the Beitbridge Town Council. These activities were supported through a US$2.65 million multi-donor trust fund (MDTF), financed by the State and Peace Building Fund and administered by the WB.

Simon Muleya, Beitbridge district administrator, says the upgrades to the town’s water treatment facility have played a big part in containing the contamination.

“They upgraded the water drain in the plant and also re-trenched our sewer pipes one kilometer to the sewage treatment plant and also our ponds were redone because we had a problem with our ponds where we were polluting the international river,” Muleya said.

The three components of the project focused on:

“We now have refuse collection and one compacted truck which really went a long way giving us capacity to collect solid waste regularly,” he said.

The partnership between the WB and the MTDF lead to a feasibility study for the council, so that “at least we have a proper landfill where we can deposit our solid waste,” Muleya said.

The improvements have also led to healthier residents. There have been no new cholera incidents, and the town has demonstrated greater willingness to pay for the improvement in service.

“We are drinking clean water, we are using clean water to bath, and we are getting water each and every day so we are no longer suffering from cholera,” Ribombo said. 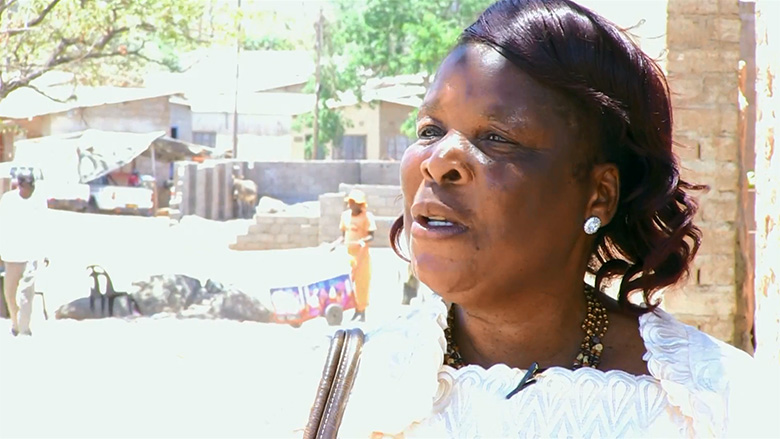