Pensri sells food on the side of the road in Bangkok, and Francesca is a nurse in Santiago. A generation ago both women were suffering from pollution-related illnesses, but now they’re healthy thanks in part to bold moves to clean up their cities. Watch how Thailand and Chile are leading the way in pollution abatement, improving lives and economies. Other large cities are being urged to adopt some of the same methods.

Often, environmental challenges seem too intractable and too big to even approach, but when it comes to pollution, there is good reason to stay positive. Santiago, Chile and Bangkok, Thailand serve as proof that action to curb pollution returns health and economic benefits directly to the local population.

Every year, 8.9 million people die from preventable deaths caused by air, water and land pollution – of them, 8.4 million live in developing countries. Polluted air is among the greatest threats to health in low- and middle-income countries, causing roughly 7 million deaths globally between ambient and household pollution.

While pollution severely impacts the health and well-being of citizens around the globe, it is largely solvable with action on the local level.

Years ago, Santiago was a city overwhelmed with smog. With the air pollution that choked the city, came diseases and discomforts for the city’s residents.

“I had crises every 15 days,” says Fransica Ianes, 25, once a victim of the smothering air pollution in Santiago. “I remember that my mother had to take me to the emergency room and they had to give me oxygen.”

In the years since, Santiago has adopted cleaner urban transport, emission controls on cars and factories, use of cleaner gas and energy sources, and promotion of bicycles. (See chart below). Residents of all ages and all backgrounds are feeling the benefits.

“Every year I can tell there are fewer and fewer children coming to the hospital for respiratory illnesses,” says Ianes, a nurse at Calvo Mackenna hospital who is optimistic about the future for Santiago.

World Bank
" I think [the air] has improved since changing to the four-stroke engine and it’s good for people to be able to breathe easily.  "

A moto-taxi driver and bike messenger in Bangkok

A world away, a similar story plagued the citizens of Bangkok. Pensri, a street vendor who made a living selling food to passing motorists, felt the daily sting of pollution.

“There was a lot of black smoke. Back in those days my health wasn’t quite good,” Pensri remembers from Bangkok in the 1970’s when she started working outside.

Bangkok took on similar measures with similarly uplifting results. Adopting emission standards, phasing out lead in gasoline and reducing polluting rickshaws in the streets, Bangkok’s interventions have positively impacted the lives of residents.

“The air quality wasn’t good but now it’s better,” says Pensri. “I feel comfortable and healthy because there is less exhaust smoke. I am in good health now that the atmosphere is improving.”

Bangkok also encouraged a conversion to cleaner four-stroke engines for the city’s motorbikes, a mainstay for the transportation system in the city.

The interventions in Bangkok and Santiago make one thing clear: taking action on air pollution can bring real change to the lives of residents, even as the cities continue to grow.

The UN projects that by 2050 the population in urban centers will increase by 2.5 billion people with 90 percent of the increase concentrated in Africa and Asia. With greater urbanization, comes the risk of greater pollution. But the rapid urban growth also provides an opportunity to implement policies and infrastructure to curb toxic sources of pollution, as they did in Chile and Thailand.

The World Bank is partnering with countries to significantly reduce air, land and water pollution levels through pollution management planning and investment to improve people’s health. A new program on Pollution Management and Environmental Health, which will be formally launched in Washington D.C. on April 18 during the Global Citizen Earth Day event, will initially focus on air quality management in countries facing rapid urbanization and strong needs for pollution abatement measures, but also tackle water and land pollution. The program also aims to generate new knowledge on pollution and its health impacts in urban, rural and marine areas, and promote awareness of this issue among policymakers, the public and other stakeholders. 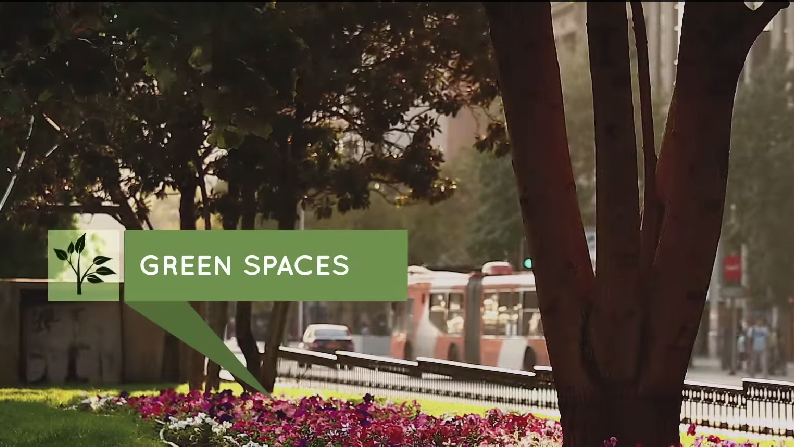