Few things inspire policymakers more than success stories from the field. With negotiators from around the world gearing up for the next UN climate meetings in Lima, Peru, in December, it’s an opportune time to showcase what is working.

The FCPF is a global partnership that has developed into one of the leading knowledge exchange platforms for REDD+, a climate finance model whereby developed countries pay for the carbon that is retained in forests that developing countries protect rather than cut.

At the meeting, countries exchanged lessons on “getting ready for REDD+” and received additional financial support:

Why get ready for REDD+?

Getting ready for REDD+ is no small endeavor. REDD+ incentivizes countries to establish climate-smart land use objectives and shift their development paths so economic growth does not come at the expense of forests.

The world is losing its green lungs at a rapid pace. With about 13 million hectares of forests lost each year, contributing around 12 percent of annual global greenhouse gas emissions, combating deforestation is vital.

Today, forests cover 30 percent of the land and sustain the livelihoods of over 1.6 billion people.  Yet with growing global populations and growing demand for food and fiber production, the fate of forests is inextricably linked to agricultural practices. We need to support countries in decoupling agricultural production from forest loss by adopting climate-smart and sustainable agriculture to support food security for future generations.

Learning from countries that are protecting their forests

Pioneering forested countries, such as Costa Rica, Ghana, and Indonesia, understand that forest protection and climate-smart land use are not an alternative to development, but a development alternative. Last week in Lima, they shared the progress they have made on integrating forest conservation into national development strategies.

Costa Rica is taking its successful payments for environmental services (PES) system – a mechanism by which farmers get paid to sustain trees on their farms – a step farther and promoting a broader integrated productive landscape vision that will ensure the permanence of the country’s carbon stock, an important building block on the road to achieving carbon neutrality.  An open dialogue allows people to participate and shape the public policy. To ensure that Costa Rica will one day be compensated for its efforts to mitigate global climate change, the country is also planning to pioneer forest monitoring through cutting-edge remote sensing technology. Until REDD+ payments become part of an international climate agreement, Costa Rica is preparing to pilot them through the FCPF’s Carbon Fund.

Ghana is one of the top global producers of cocoa. As the first country in Africa to adopt an integrated landscape approach, Ghana presented its strategy to increase agricultural productivity while protecting forests by greening cocoa production, for example through shade-grown varieties.  Innovative public-private sector partnerships connect global chocolate companies with small cocoa famers. Like Costa Rica, Ghana is also prioritizing strategy development and has started policy discussions about the legal ownership of trees, while simultaneously investing heavily in stakeholder participation. By setting clear targets for its REDD+ readiness progress and integrating them into the national monitoring and evaluation framework, Ghana is coordinating actions from stakeholders across many sectors.

Indonesia, known globally as a front runner for REDD+, reported on the formal adoption of its national REDD+ strategy, the establishment of a national REDD+ agency, and the progress made with setting a baseline for its forest carbon against which success in maintaining forests and carbon will be measured. While advanced in terms of strategic, institutional, and technical infrastructure, Indonesia described the challenges that they face: Local political economies and forest governance are not always conducive to REDD+. Laws for forests and land use are often fragmented, and sometimes even contradictory. The key to success will be to empower the decentralized governments to implement the right balance of carrots and sticks, such as incentives for farmers to shade their crops with trees while halting illegal logging with effective enforcement.

The mutually reinforcing knowledge-sharing process by REDD+ leaders and other forested countries allows a second wave of countries to accelerate their REDD+ readiness. Ultimately, it helps to speed up action on the ground to reduce forest loss.

Creating momentum for the COP20 in Lima, Peru

When the FCPF was established in Bali in 2007, it was intended to provide experiences and understanding of how REDD+ could work in practice. The FCPF is delivering by piloting what is still being discussed in the international policy deliberations and informing climate discussions with evidence on the ground. Importantly, it is providing a real momentum to advance negotiations and establish REDD+ as an important part of a future international agreement to respond to climate change. 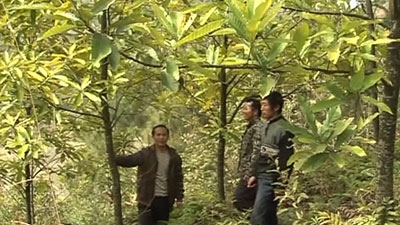