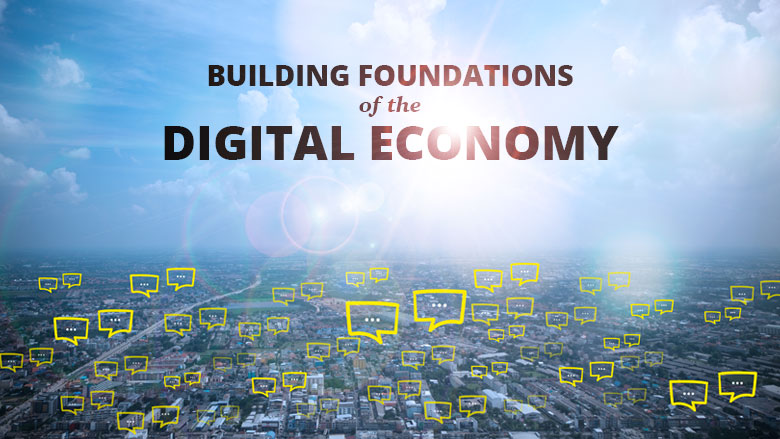 The Working Group on Developing the Digital Economy in Russia, comprised of World Bank staff, international experts and Russian stakeholders, working through a series of international and local seminars and online discussions in social media, will jointly articulate key findings, policy recommendations and guiding principles to help Russia unlock digital dividends such as inclusive economic growth, job creation and better services to improve the lives of its citizens and position Russia as an emerging leading digital economy.

One of the outputs of the initiative will be the preparation of an Analytical Note titled "Digital Economy: Prospects for Russia" that is planned for completion by June 2017, by drawing on these discussions and learning from countries such as the UK, US, Korea, Singapore, Australia, Estonia, Germany, China, India, and Israel.

The initiative was officially launched during the first International Seminar held at the World Bank office in Moscow on December 20, 2016 and attended by the Minister of Telecom and Mass Communications of the Russian Federation, Nikolay Nikiforov, and the Member of the Board (Minister) for Internal Markets, Informatization and ICT of the Eurasian Economic Commission, Karine Minasyan.

The purpose of the second International Seminar is to identify and prioritize key foundations of the Digital Economy, jointly with international experts from the High-Level Experts, Leaders, and Practitioners (H.E.L.P.) Group and their Russian counterparts.

Key questions discussed during the International Seminar on February 1, 2017: