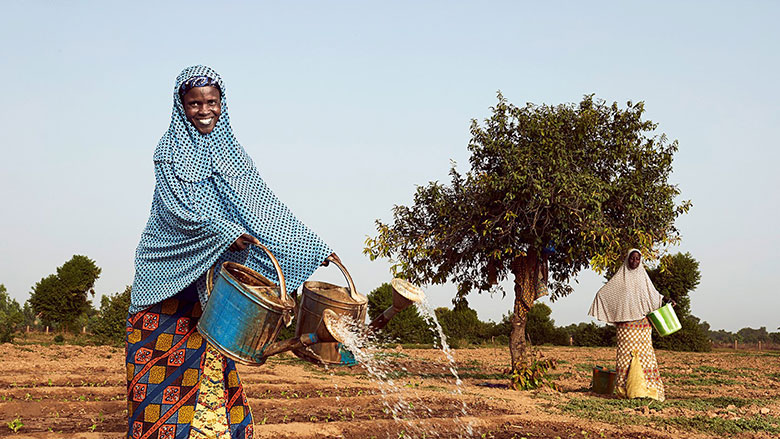 Le Monde Afrique Conference – Women: The Future of Africa
February 23, 2016Musée du quai Branly - 37 Quai Branly Paris, France
Le Monde Afrique in partnership with the World Bank is cosponsoring a full day conference and photojournalism exhibit on women’s empowerment as the future of Africa. The event strives to raise public awareness on gender inequality and draw attention to successful initiatives that have been proven to work to close gender gaps.

Please join us on February 23, 2016 for a full day conference and photo journalism exhibit on women’s empowerment as the future of Africa at the Museum of the Quai Branly in Paris. This event is a public event with reserved seating for special guests, hosted by Le Monde Afrique on their first anniversary.

The event will include a photo journalism exhibit by award-winning photographer Stephan Gladieu, interviews, debates, short films and a musical performance – all focusing on the ever important topic of the role of women in the development of Africa.

The event strives to raise public awareness on gender inequality and draw attention to successful initiatives that have been evaluated and proven to work to close gender gaps. Special speakers include Makhtar Diop, Chimamanda Ngozi Adichie, Leymah Gbowee, Erik Orsenna and Magatte Wade as well as many others.

The event will be recorded and available for public viewing after the conference.

10:00 am: Welcoming remarks from Jérôme ­Fenoglio, director of French newspaper Le Monde, and from Serge Michel, editor in chief of Le Monde Afrique.

10:15 am: Screening of the film trailer “L’homme qui répare les femmes” (The Man Who Repares Women) and a presentation by Thierry Michel with Le Monde journalist Annick Cojean.

10:50 am: Discussion with Awa Coll Seck, Minister of Health and Social Welfare for Senegal, moderated by Coumba Kane.

2:15 pm: Screening of the profiles of three women, presented by the French fund Muskoka.

3:25 pm: Screening of a photo portrait series portraying African women taken by Stephan Gladieu, with the support of the World Bank.

5:40 pm: Closing remarks by Erik Orsenna, author and member of the French Academy.

6:00 pm: A message from Salif Keita about his foundation, followed by a musical performance.

11:30 am: Screening of the documentary “L’homme qui répare les femmes” (The Man Who Repares Women) by Thierry Michel