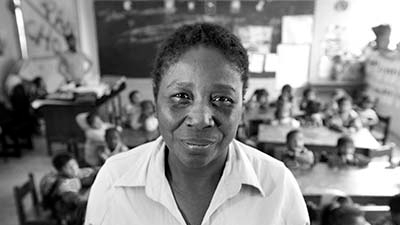 Afrodescendants represent roughly 30% of the population of Latin America, and despite solid economic growth, they continue to experience disproportionate levels of poverty, social exclusion, and severe discrimination on all levels. Approximately 70-80% of Afro-descendants earn less than US$2 per day, thereby representing an excessive share of the region’s poor (roughly 40% of the total). They are more likely than the average LAC citizen to be born in poor neighborhoods, receive lower levels and poorer quality education, face greater difficulties entering and remaining in the labor force, earn below-average wages, be affected by violent and criminal activity, be under-represented in national political life, receive less coverage under formal pension systems when they retire, and die younger.

The ongoing exclusion of African descendants from the economic and cultural lives of their nations has an impact on democratic governance, citizen security, in achieving the Millennium Development Goals (MDGs), and ultimately in ending extreme poverty and promoting shared prosperity in many countries. Speakers will illustrate how their respective governments are addressing the issue of social inclusion of Afrodescendants in their countries.