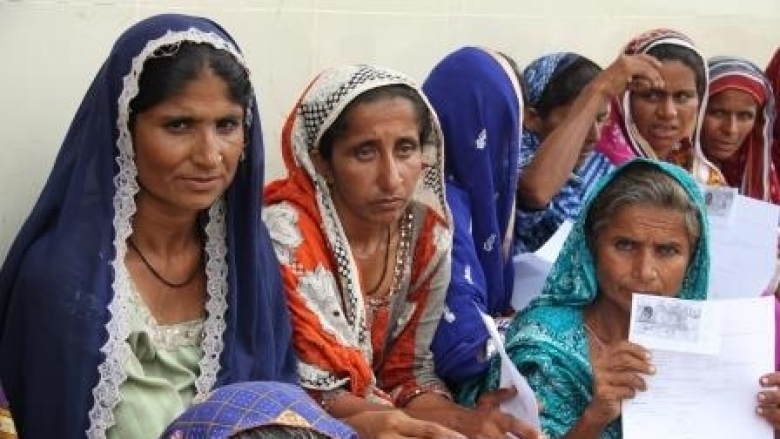 Supported by IDA’s technical assistance since 2009, Pakistan has established the Benazir Income Support Program (BISP), a flagship national safety net system, which is one of the largest in South Asia.

Supported by IDA’s technical assistance since 2009, Pakistan has established the Benazir Income Support Program (BISP), a flagship national safety net system, which is one of the largest in South Asia. BISP currently provides income support in the form of predictable monthly cash transfers of US$15 to almost 5.2 million families (approx. 20 million people) of the poorest households for consumption smoothing as well as investments in human capital development. Up to the present time more than US$ 3.5 billion has been disbursed to BISP beneficiaries out of whom 93% of beneficiaries receive the cash transfers through technology based payment mechanisms (Debit Cards, Mobile Phones, Smart Cards). The program plans to reach 5.3 million families in the next financial year.

The program has successfully established a National Socio-Economic Registry (NSER) through the use of an objective targeting system, hosting a database of more than 27 million households (approx. 167 million people) – the first in South Asia. More than 30 federal and provincial social sector programs are currently using the Registry to improve their pro-poor targeting performance. BISP plans to launch update of the NSER within the current FY and complete the exercise by end of CY 2017. BISP has also rolled out the Co-responsibility Cash Transfers (CCT) program, linking cash transfers to primary school education, which is currently being implemented in 32 districts in all provinces and regions. To date over 1.3 million children have been enrolled in the program out of which over 1.15 million children have taken admission in schools. As BISP delivers the benefit transfers to female members of the beneficiary families, it has significantly contributed to women empowerment and financial inclusion agenda in the country.

According to a recent revision in the poverty measurement methodology and release of poverty numbers, around 29% of Pakistan’s population lives below the poverty line and a significant proportion is vulnerable to poverty due to any adverse natural or idiosyncratic shock. Before the start of BISP in 2008, the country’s main safety net programs (i.e. Pakistan Bait-ul-Mal, and the Zakat) had limited coverage and were poorly targeted, as around 25 and 32 percent of resources distributed by these programs respectively, were going to non-poor households. Additionally, administration arrangements were inadequate, and implementation and monitoring and evaluation capacity were very weak. In absence of an updated National Social Protection Framework, the federal-provincial coordination on the design and delivery of complementary services to the poor remained weak. Consequently, the sector faced fragmentation of various initiatives due to absence of a policy, platform and credible systems, which could support sector consolidation. While the federal expenditures (as % of GDP) have seen a significant increase post launching of BISP, the provinces have yet to pick up their investments in targeted programs due to either lack of appropriate institutional arrangements or well designed and implemented complementary programs targeted to the poor and vulnerable.

In order to address the above challenges, the Government of Pakistan under the auspices of BISP is trying to address a variety of challenges to the sector. Since 2009, the World Bank’s Social Safety Net Project is supporting BISP in establishing an objective targeting system, strengthening the program operations, and putting in place control and accountability mechanisms for transparent delivery of services to the poor. In addition, partnership with the provinces is being strengthened through joint implementation of primary education CCTs which will allow the provinces to realize their role in delivering additional services to the poor financed by the provincial budgets, coordinated by suitable institutional and monitoring arrangements. This shift in approach from poorly designed and administered programs to building blocks of a national safety net system with a focus on creating institutions and initiatives capable of delivering tangible results should help the country in effectively achieving the goal of poverty alleviation.

" “It is miraculous. Over time with the benefits that we have received, our children have rejoined school. Payment of children’s school fee and other expenditures is easy for us.”  "

Establishment of a National Socio-Economic Registry for harmonizing social protection initiatives both at the federal and provincial government levels. More than 30 federal and provincial organizations are already using this registry to improve the pro-poor orientation of various social sector programs. As per international best practices, BISP plans to launch update of the Registry within the current financial year, which will likely be completed by December 2017.

Empowerment of women by providing them access to the National ID cards and making BISP payments to female head of the beneficiary families, enhancing their ability to take decisions on the use of cash transfers. Since the introduction of BISP, the female registration of Computerized National Identity Cards (CNICs) has almost doubled, which can potentially open avenues for their socio-economic and political empowerment.

Improved transparency and efficiency of the program with more than 93% of the current 5.2 million beneficiaries of BISP being paid through technology based mechanisms, offering even the poorest women access to branchless banking accounts for the first time ever in their lives.

Advancement of human capital development through implementation of a Co-responsibility Cash Transfers (CCT) program in 32 districts, linking cash transfers to primary school education while incentivizing admission of children of the poorest households. Todate more than 1.3 million children have been enrolled in the program out of which nearly 50% are girls.

Control and social accountability standards have helped in improving credibility and refining program implementation through third party monitoring systems such as spot checks, process evaluations, impact evaluations and a comprehensive case management system (CMS). The CMS is further enhanced through the inclusion of a Social Mobilization, Accountability, Reporting and Tracking (SMART) structure at the community level by establishing BISP Beneficiary Committees (BBCs) headed by "mother leaders" to initially support the CCT program for primary education and later cover the entire spectrum of BISP's programs for poor families. Over 45,000 BBCs have been created and are linked directly to government offices to ensure sustainability beyond project life.

Proactive partnership with the provinces to collectively promote National Enrolment Drive to achieve the education outcomes amongst the poor and pave the way for design and delivery of complementary services by using the national targeting and delivery systems. 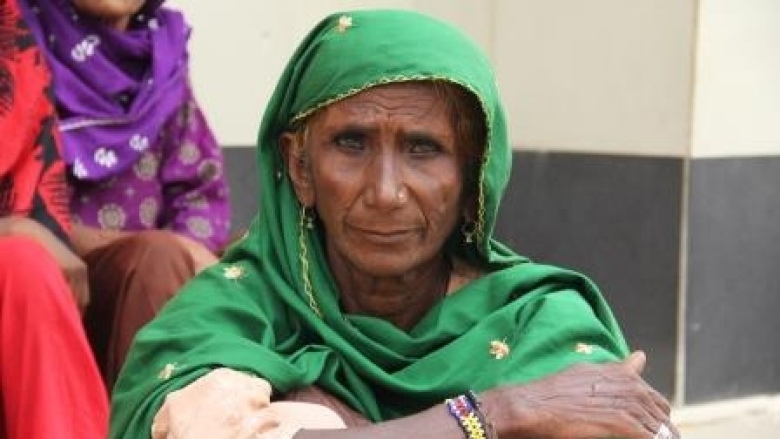 The World Bank supported the BISP, initially through Social Safety Net Technical Assistance Project (US$60 million) approved in May 2009. Based on the successful implementation of the project, a Restructuring with Additional Financing (US$ 150 million) was approved in March 2012, which introduced Disbursement Linked Indicators (DLIs) to incentivize performance on results. The SSN project was complemented through a Bank executed Trust Fund TA being financed by the DFID to help the government in further development of SP systems and their wider application at the federal and provincial level. The existing TF was established in 2013 with an allocation £9 million till 2021. The current project's closure date was June 30, 2016 but on a request by the GOP it has been provided a no-cost extension up to December 31, 2016 enabling BISP to complete Phase-I of the NSER Update and take over key functions of the CCT program. In addition, a follow up National SP Project (US$ 100 million) is being prepared to support the government in sustaining the gains and further development and wider application of national SSN systems.

The World Bank continues to play a lead role in donor coordination for SP and leveraged more than US$ 1.4 billion of other donors’ investment in BISP. In 2009, the UK’s Department for International Development (DFID) approved a World Bank-managed trust fund to support the test phase of the Poverty Score Card and to set up the initial organizational and operational arrangements for implementing the BISP. Following support from the World Bank, other donors such as the Asian Development Bank and the US Agency for International Development also provided US$150 million each to finance cash transfers to beneficiaries identified through the Poverty Score Card targeting system. The partnership between World Bank and DFID further continued with approval of £300 million of DFID’s 8 years (2012-20) support to Pakistan’s National Cash Transfer program by using a common framework with the WB. In 2013, ADB has also approved US$ 430 million with major proportion of financing going to expansion of the coverage of basic cash transfers to eligible families.

The Bank stays committed to support the Government of Pakistan in advancing the social protection agenda as part of its on-going economic and subsidy reforms, which insulate the poor from any adverse impacts by providing income support as well as access to human development. The federal engagement will continue to focus on SSN system development agenda through, among others, update of the National Socio-economic Registry, scaling-up of the CCTs encouraging federal-provincial partnership and linking BISP beneficiaries to social and productive complementary services. These areas will be supported by the proposed National SP Project currently being prepared for Board presentation later this year. The provincial engagement will support the reforms in existing pro-poor initiatives by capitalizing on the federal SSN systems for effective service delivery to the poor and aligning investments in the complementary areas to allow the poor to graduate out of poverty.