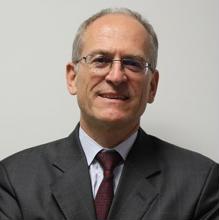 Previous positions include IFC investment officer in the Middle East and North Africa region, senior country officer at the World Bank and senior financial sector specialist in the Africa region and the East Asia and Pacific region. At MIGA, Lambert served as the finance and telecom sector leader, the regional manager in charge of business development in Europe, the Middle East and Africa, and the lead operation officer in charge of monitoring the MIGA portfolio.