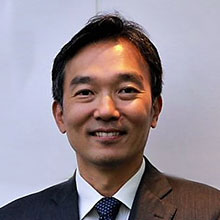 Prior to the Korea office, Mr. Soh was at the World Bank’s Beijing office, as the Program Leader responsible for supervising the economic policy related work on China and Mongolia. He covered the World Bank’s programs in macroeconomic policies, private sector development, innovation and technology policies, financial sector, governance and institutions, and poverty reduction. His responsibilities included providing technical and operational support to World Bank teams, and conducting major economic policy dialogue with the authorities. He led two major reports, the China Systematic Country Diagnostics (SCD), which analyzed China’s challenges in attaining sustainable growth and shared prosperity; and the Innovative China: New Drivers of Growth flagship report, a joint report with the government focused on identifying the key drivers of China’s transition to a productivity and innovation led growth. The flagship report is expected to be published by the end of 2018.

Before moving to the Beijing office, Mr. Soh was based in the Washington DC headquarter of the World Bank.  He worked in the Latin America, Africa, and East Asia and the Pacific regional departments and also the corporate policy department of the World Bank. In the regional departments, he worked as the country economist of several countries, and lastly as the adviser to the Vice President of East Asia and Pacific.  In the corporate policy department, he was responsible for policy issues concerning development policy loans and country strategies.

Mr. Soh joined the World Bank in 2000 as a Young Professional after receiving a Ph.D. in economics from Stanford University in 1996.  Before joining the World Bank, he worked in Korea at the POSCO Research Center (POSRI) and the Arthur D. Little consulting firm.