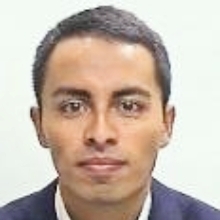 Claudio Rojas is a consultant in the Office of the Chief Economist for the Middle East and North Africa at the World Bank. In this capacity, Claudio studies the distributional effects of macroeconomic shocks in MENA and around the world and the economic anatomy of post-conflict reconstruction. Prior to joining the Bank, Claudio worked for several United Nation agencies including the country office in Venezuela, the UNDP-Chile, the Economic Commission for Latin America and the Caribbean and, more recently, the UN headquarters in New York. Claudio, a Chilean national, holds a Master’s in Public Policy from the University of Chicago and a Bachelor of Sciences in Agricultural Economics from the Catholic University of Chile.