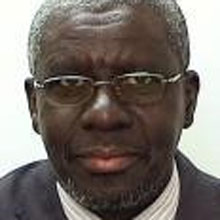 Amadou Oumar Ba, a Mauritanian national, is the World Bank Resident Representative for Guinea-Bissau where he has served since August 1, 2018.

Ba, a Senior Agricultural Specialist, joined the Bank in 2001 in Nouakchott. Prior to that, he has held various positions with GTZ, the German cooperation agency, the Mauritanian government’s rural development institution where he managed different departments and programs, and also as Country Manager for OXFAM GB in Mauritania.

He worked in the Mauritania Bank office, then progressively for different countries in West Africa before moving to Washington in 2006. Since 2009, Ba was based in Kinshasa and and covering the Bank Agriculture portfolio for the DRC, the Republic of Congo and the Central African Republic.

He holds a Master’s degree in Agriculture from the University of Kassel in Germany.