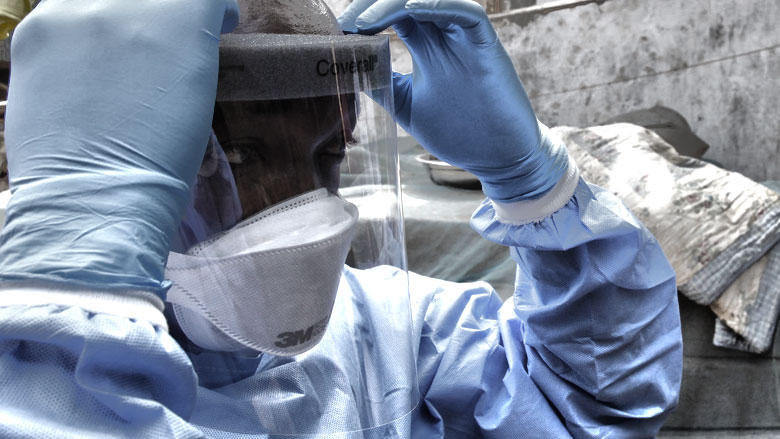 This update presents the World Bank’s final analysis of the economic and fiscal effects of the 2014-2015 West African Ebola epidemic and commodity price shocks across the three most affected countries of Guinea, Liberia, and Sierra Leone.  In relation to the Bank’s April 2015 update, this report provides an updated overview of the status of the three economies.

Summary. The overall impact of the Ebola crisis on Guinea, Liberia, and Sierra Leone has been estimated at $2.8 billion ($600 million for Guinea, $300 million for Liberia, and $1.9 billion for Sierra Leone). This includes the shocks in 2014 and 2015, and the projections for 2016 as the economic impact is outlasting the epidemiological impact. The shock has been worsened by the large decline in the world price of iron ore and other commodities, and specifically for Sierra Leone, corporate governance issues in mining.

IMPACT ON GDP GROWTH AND INFLATION in Guinea, LIBERIA, and Sierra Leone

This update was prepared by a World Bank team comprising Ali Zafar (Senior Economist, MFM), Cyrus Talati (Senior Economist, MFM) and Errol Graham (Program Leader, AFCW1) under the strategic direction of John Panzer (Director, MFM) and Seynabou Sakho (Program Manager, MFM). We would like to thank Yanina Budkin (Senior Communications Officer, ECRGP) for her guidance. The work is part of MFM’s ongoing macroeconomic monitoring efforts since the onset of the Ebola crisis in the three countries.  The team is grateful for recent discussions with the Ministers of Finance and key government officials in Monrovia, Conakry, and Freetown. The team is also grateful to representatives of international organizations, including WFP, WHO, IMF, and UN and government officials from both central and line ministries.