Setting a historical precedent for land rights for more than 1,600 indigenous families and four communities in Guatemala 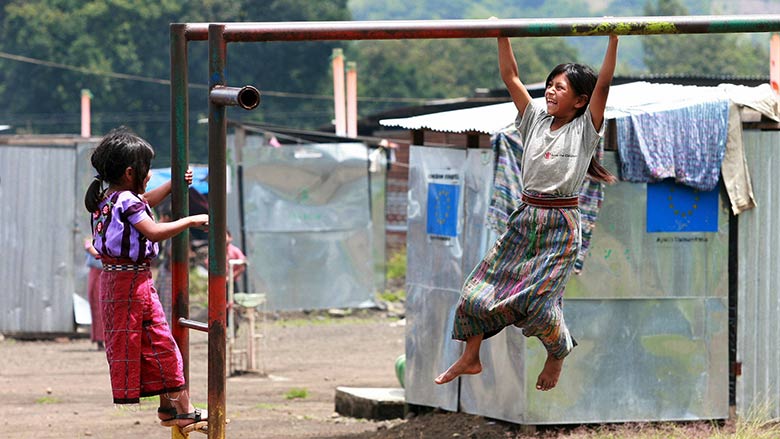 World Bank
Land tenure security improved for close to one million people (51% of which are women) and land conflicts were resolved as a result of this Bank-financed project. More than 1,600 indigenous families received titles, and four communities benefited from communal land certification, a historic precedent set by the Project. The cadastral information generated is now being used by 22 municipalities for multiple purposes, including territorial planning activities.

Land, one of the most important resources in Guatemala, has been historically a source of conflict and social exclusion. Tenure was often insecure due to unreliable cadastral and legal information, weak inter-institutional coordination, and incipient conflict resolution mechanisms. The most significant challenges were found in rural areas where the unequal distribution of land and overlapping tenure regimes tended to exacerbate conflicts. Indigenous peoples were particularly affected by land dispossession and lack of appropriate legal protection. Land issues figured prominently in the 1996 Peace Accords. Since then, consecutive administrations have prioritized land issues to promote economic growth, and have sought integral solutions for the problems confronted in rural areas. Land issues—including access, conflict resolution, and tenure security—are also central to the Government’s 2014 Agrarian Policy, as well as the National Development Plan K’atun: Nuestra Guatemala 2032 formulated in 2014 by the National Council for Urban and Rural Development.

The Project was the second phase of an Adaptable Program Loan aimed at increasing land tenure security in Guatemala by strengthening the legal and institutional framework for registry and cadastral services. During the first phase, the Registry of Cadastral Information (Registro de Información Catastral, RIC) was created as an autonomous and service-oriented institution to establish, maintain, and update the cadaster. The Registry implemented the second phase focusing on stronger links between the cadaster and registry (including establishing an integrative technological platform), the use of cadastral information for municipal land use planning, and expanding the coverage of cadaster information to over 50 percent of the country. The Project relied on consultative and participatory processes, and conflict mitigation and resolution that benefited indigenous and non-indigenous communities. Direct beneficiaries included those living in rural and urban areas in 41 municipalities, including indigenous and peasant communities who benefited from the registration of communal lands.

During the lifetime of the project, from 2006 – 2015, the following results were achieved:

Increasing land tenure security for close to one million Guatemalans by:

Increasing tenure security of indigenous and peasant communities by:

Contributing to sustainable land use and cultural preservation by:

Strengthening the legal and institutional framework by:

The Bank financed the Project through an International Bank for Reconstruction and Development (IBRD) loan of US$62.3 million.

The UN Food and Agricultural Organization (FAO) was a key partner of the Bank and the Government in providing technical expertise during Project implementation and for the final evaluation.

Although a follow on project has not yet been prepared, RIC prepared a transition plan to complete the process for the parcels already surveyed, and the certification of additional communal lands in order to ensure the sustainability of Project activities. At Project closure, RIC planned to discuss the transition plan with the incoming government administration.

Glenda Colina Larios, municipal officer in the Municipality of San Jerónimo, Department of Baja Verapaz, praised the Project’s focus on recognizing women’s and indigenous peoples’ land rights. She also highlighted the credibility that both the Municipality and RIC have earned with completing the process: “The Municipality, RIC, and the Project have initiated and concluded a process that enables citizens to remain within their indigenous communities, which had previously been discriminated,” adding that “this process has recognized the importance of an inclusive community.”