Serving the most populous and wealthy province of Argentina, the Buenos Aires Court of Accounts (Honorable Tribunal de Cuentas, HTC) is constitutionally vested with authority to control the use of public resources. To that end, HTC has developed a legacy of legal and financial compliance-based controls.

With the introduction in the early 2000s of public financial management reforms and the program budgeting approach in the province, especially the new integrated financial information and budget execution system, HTC has been challenged to modernize and adapt its traditional control skills, systems, and tools to the new paradigm of performance auditing and financial risk-based controls.

The goals of the Buenos Aires Infrastructure Sustainable Investment Development Project were to improve the provision of transport, water, drainage, and sanitation services to 5 million people, to help promote sustainable economic growth, alleviate poverty, and to increase social equity. The project included a component to build the province’s institutional capacity and strengthen agencies involved in infrastructure and economic management.

Within this component, HTC was granted US$1 million to:

With this support, HTC initiated capacity-building activities in new areas of auditing and control that improve performance and generate a gradual change in its culture from a legal focus to a more performance-oriented approach. A new audit software tool was introduced and intensive training was provided, both of which allowed the institution to improve audit planning and execution, streamline audit processes, and strengthen management of working papers, time estimation, and tracking and monitoring of staff work. The Bank facilitated brainstorming of HTC staff on project activities, options, and management, with the goal of encouraging a broad conception in the context of transparent and effective oversight of the use of public funds.

HTC is now able to audit projects funded by the Bank and other donors. In 2012, it also developed a performance auditing methodology and guidelines, which it applied to two pilot projects, a health program and a road infrastructure program. Training activities in information technology (IT) system auditing have begun with a view toward further expanding the range and transparency of HTC’s review of the use of public funds. HTC was also the first provincial member of the Latin America and Caribbean Organization of Supreme Audit Institutions. This has made available regional and international initiatives in public sector audit institutional development.

The Bank played an instrumental role in mobilizing HTC authorities and staff around shared goals and reform activities, and encouraging a more systematic effort to build an effective institution focused on performance.

In addition to the Bank, the Inter-American Development Bank (IADB) is also providing support through limited donations aimed at establishing the institution as the key provider of external auditing for provincial resources (including borrowed funds), in line with the objective of advancing the use of country systems at the provincial level.

Building on project results, HTC devised and adopted in December 2012 a Strategic Plan for 2013-2017.  The formulation of the Plan was highly participatory, involving all internal stakeholders. The Plan is anchored in five areas critical for the institution’s future:

The key challenges are to sustain the reform’s momentum and access to funding to finance ongoing implementation of the Strategic Plan, which includes additional investment in IT, development and enhancement of current staff capacity through training in modern audit techniques, re-design of  staff performance assessments, development of new staff position requirements, and small refurbishing works in HTC’s offices.

According to HTC’s president, Eduardo Grinberg, “the Project led to an internal process of integration and cross-cutting work which was extremely productive. … [T]he project, fostered by real needs arising from our everyday control work and hopes of change and growth within HTC, became an engine of ‘continuous improvement’ and made it possible to access growth opportunities … which are already part our strategic objectives for 2013- 2017.” 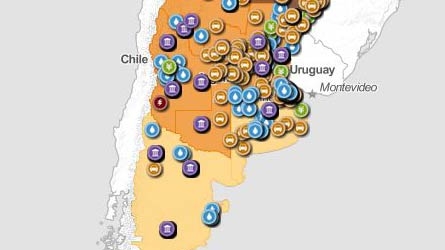