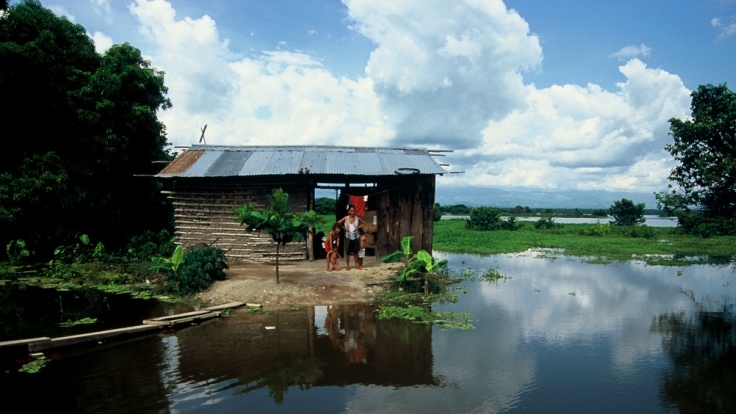 World Bank Group
The Disaster Risk Management Development Policy Loan with Catastrophe Deferred Draw Down Option was efficiently implemented, contributing to the Colombian government’s effort to strengthen the country’s program for reducing disaster risk. As such, the project financed the following: a) expansion of hazard monitoring network coverage; b) expansion of the number of municipalities with disaster risk management plans; c) relocation of people living in disaster impact zones; and d) defining a framework for contingent financing. The Catastrophe Deferred Draw Down Option was designed to provide a financing bridge to funds from other sources and supported the following strategic areas of action: a) Improved risk identification and monitoring and increased awareness of risk; b) Increased prevention and mitigation measures for risk reduction; c) Strengthened National System for Disaster Management and Prevention; and d) Reduced fiscal vulnerability of the state to natural disasters.

Additionally, in the past three decades Colombia has suffered from six major earthquakes, four volcanic eruptions, major landslides, and extensive flooding. This exposure is further aggravated by continued population growth and a subsequent ever increasing concentration of settlements.

Furthermore, recent trends in global climate change linked to increased climatic variability will likely exacerbate the country's exposure to floods, erosion, landslides, and drought. Over the years, natural disasters in Colombia have absorbed a growing share of the national budget and pose a serious threat to fiscal sustainability. The State has seen its responsibilities increase with each disaster setting precedents for reconstruction and recovery for the next event. Recognizing the importance of dealing with disasters before they happen, Colombia has for the past two decades institutionalized a system for comprehensive disaster risk management.

In 2005, the Bank approved an Adaptable Program Loan (APL) series to support the implementation of the Government’s disaster risk management policies. The first phase APL was approved aimed to strengthen the capability of the national disaster risk management system to support comprehensive disaster risk reduction. The first APL included, among its lending components, the development of a risk financing strategy and a contingent loan facility to guarantee the immediate availability of resources in case of national disaster.

In 2008 the Bank introduced a new contingent credit line, the Development Policy Loan with a Catastrophe Deferred Drawdown Option (CAT DDO) that served to provide immediate liquidity to countries in the aftermath of a natural disaster. Colombia chose to replace the line of credit embedded in the APL with the DPL with a Cat DDO that serves the same purpose more efficiently. Aligning with the Government’s development of the disaster risk management agenda, the above mentioned DPL had as prior action the inclusion of a disaster risk reduction and management strategy in the 2006-2010 National Development Plan.

Through this project, Colombia’s program for reducing risks resulting from adverse natural events has been strengthened, through the following improvements:

Millions of Colombians were affected by heavy rains, floods and landslides in 2010 and 2011. To manage disaster risks, it is important to know them well, reduce them and strenghten relevant institutions.

The total amount of the Project amounted to US$150 million, financed by the IBRD.

A Second Disaster Risk Management Development Policy Loan with a CAT DDO was recently prepared with the Colombian Government and approved by the Bank Board on July 10, 2012. The aim of this DPL with a CAT DDO is to strengthen the Government’s program for reducing risks resulting from adverse natural events. This objective will be achieved by supporting three strategic policy areas of action for implementation of the Government’s program. These policy areas are: (1) strengthen disaster risk management institutional and planning capacity; (2) strengthen the institutional framework and capacity for including disaster risk management in land use planning; and (3)strengthen policies and tools to reduce risk in the housing sector.

Broadly, the beneficiaries included the entire population of Colombia who benefitted from a strengthened system for disaster management and coverage.

388
municipalities had disaster risk management plans by the end of 2011. 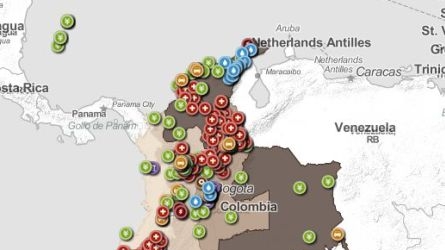