Emergency Humanitarian Relief in the Horn of Africa

March 26, 2013
In response to a crippling humanitarian crisis in the Horn of Africa and the corresponding outpouring of Somali refugees, food security and health were supported in the world’s two largest refugee camps, Dabaab in Kenya and Dollo Ado in Ethiopia. The International Development Association (IDA) contributed US$30 million to support the United Nations High Commissioner for Refugees’ (UNHCR) delivery of emergency services, benefitting more than one million individuals. More than 76,000 children were treated for severe malnutrition and 113,000 pregnant and lactating women received food or micronutrient supplements.

The Horn of Africa suffered a humanitarian crisis in 2011, resulting from the worst drought in 60 years, as well as a severe food crisis. The persistence of food insecurity in southern Somalia, along with conflict in the country, continues to increase refugee outflows into Ethiopia and Kenya. About 80% of these refugees are women and children, most residing in refugee camps for an extended period. As of January, 2013, Ethiopia’s Dollo Ado refugee camp, on the border of Somalia, was home to 183,258 registered Somali refugees – more than five times the local population, while Kenya’s Dadaab camp housed 425,938 Somali refugees. These are the two largest refugee camps in the world. The geopolitical context in the Horn of Africa and service delivery challenges in refugee camps with rapidly increasing populations made the project high risk, but the development impact risks from not responding quickly were determined to be much higher.

The Horn of Africa Emergency Health and Nutrition Project works to expand the implementation of a health and nutrition package of services in Kenyan and Ethiopian refugee camps. The project leverages existing infrastructure and systems developed by the UNHCR, the grant recipient, which has been coordinating service delivery in the Dadaab camp for over 20 years and in Dollo Ado for nearly 15 years. UNHCR’s experience with seasonal flooding in Dollo Ado and periodic security challenges around Dadaab’s camp perimeter enabled consistently strong service delivery. Additionally, the established practice of working through qualified local, national, and international non-governmental organizations (NGOs) enhanced efficiency of service delivery through specialized contracting organizations. Medical supplies and project financed commodities were efficiently and rapidly procured directly through UNHCR’s established global supply chains, while the project disbursed 68% of the grant within three months of World Bank approval. The project is the first to receive financing through the Crisis Response Window.

Between September 2011 and September 2012, the project achieved the following results (aggregate data for Kenya and Ethiopia refugee camps):

UNHCR played a crucial role as the Bank’s implementing partner in this project, providing infrastructure and delivery systems, as well as climate and security experience within Ethiopia and Kenya. The project also benefited from working through NGOs acquainted with UNHCR and by sourcing products through UNHCR’s established global supply chains.

Proposed additional financing for the Horn of Africa Emergency Health and Nutrition Project was removed from the FY13 pipeline in favor of further supporting refugee camps through country-specific operations. Thus, the project team continues to assess potential options for future support.

Local leader Bashir Abdi Kassim now enjoys the provision of clean water for everyone at the new extension of the Dadaab refugee camp. This has helped him foster community and mutual respect between refugees no longer desperate to secure a portion of an insufficient water supply. “We’ve taken enough lessons about conflict and tribal clashes in Somalia to know that no arguments are good,” says Kassim. 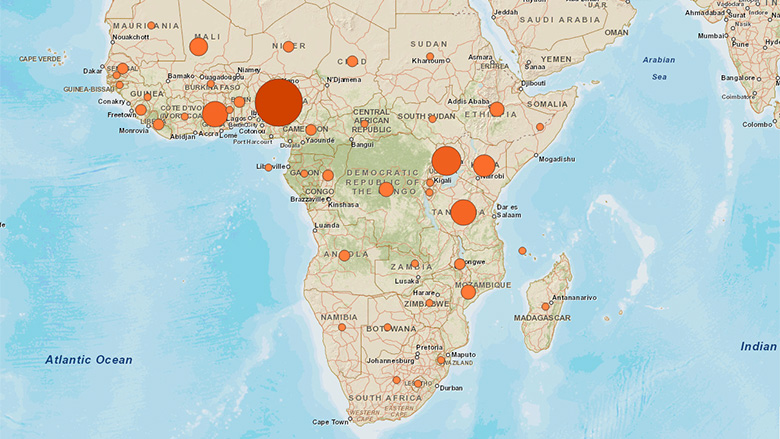