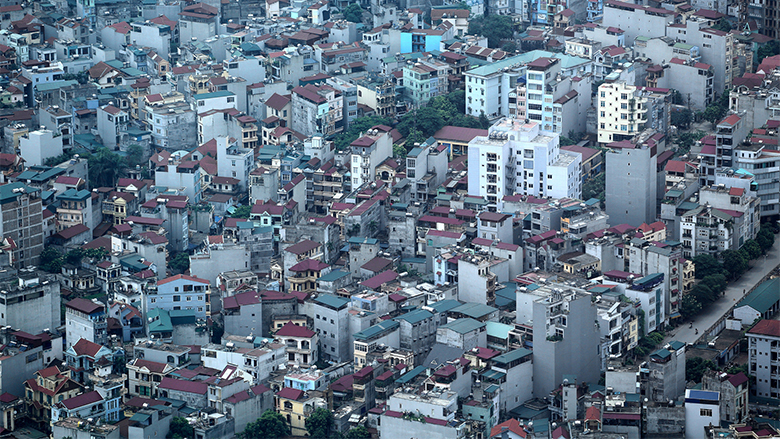 Growth in the East Asia and Pacific region slowed to an estimated 6.5 percent in 2015, in line with expectations. Commodity-importing economies in the region saw an acceleration of activity, supported by domestic demand, strong labor markets and low energy prices. The region as a whole has shown resilience to external economic headwinds thanks to strong buffers and several years of prudent marcroeconomic policies that reduced vulnerabilities.

In China, the largest economy of the area, measures to address overcapacity, weak external demand and financial volatility have contributed to a slowdown in activity. However, stabilization measures have moderated the deceleration. China’s services sector has overtaken manufacturing as the major driver of growth.

Growth in the rest of the region has been resilient, reflecting strong consumption supported by low fuel prices, public investment, and investor confidence amid prudent macroeconomic frameworks. Inflation has been low, allowing central banks to maintain accommodative policies. Export growth, which had slowed in 2015, showed signs of bottoming out in the early part of the year. Financial market conditions were volatile in the early part of the year but have stabilized, in part due to signs monetary policy in advanced economies will be accommodative for longer than previously expected.

Growth in the East Asia and Pacific region is projected to slow to an unrevised 6.3 percent rate in 2016, with China’s expansion expected to ease to 6.7 percent, as projected in January. The region excluding China is projected to growth at 4.8 percent in 2016, unchanged from 2015.

This outlook assumes an orderly growth slowdown in China underpinned by smooth progress on structural reforms and appropriate policy stimulus as needed. Growth in the rest of the region is expected to be supported by rising investment in several large economies (Indonesia, Malaysia, Thailand), and strong consumption supported by low commodity prices (Thailand, the Philippines, Vietnam).

Slowing growth in China is expected to offset a modest pickup in growth among members of the Association of Southeast Asian Nations (ASEAN) this year. The region is expected to benefit from the strengthening recovery in advanced economies, low energy prices, improved political stability, and continued favorable conditions in global financial markets, despite anticipated monetary policy tightening in the United States.

Among commodity exporters, growth in Indonesia is projected to pick up to 5.1 percent in 2016 from 4.8 percent, provided reforms are implemented to encourage investment and boost productivity. Output in Malaysia could slow to 4.4 percent in 2016 from 5 percent on slowing domestic demand. Growth in Thailand is expected to accelerate gradually, but remain below 3 percent on average in 2016-18 as high household debt holds back consumption and export growth remains lukewarm.

Economic activity in the Philippines is expected to accelerate to 6.4 percent in 2016 from 5.8 percent in 2015 as public-private partnerships and government spending spur activity. Vietnam is projected to grow at 6.3 percent average in 2016-18 supported by sizeable foreign direct investment into its highly cost-competitive manufacturing sector.

Short-term risks are broadly balanced. Downside risks to the outlook include a sharper-than-expected slowdown in China (although a low-probability scenario) and the possibility of greater financial market volatility against the backdrop of high corporate and household leverage in the region. Since the region in highly open to trade, a pickup in advanced country growth, or further declines in commodity prices, are upside risks.

For policy makers in China, a key policy objectives are to rebalance the economy towards a more consumption- and services-based growth model and to start gradual deleveraging. Continued structural reforms will be required to improve the longer-term outlook. For the rest of the region, the main policy challenge in to achieve faster, more inclusive growth, while preserving macro-financial stability objectives. Some countries in the region, such as Mongolia, Papua New Guinea, and Vietnam, will need to deal with high budget deficits. Countries such as Indonesia, Malaysia, and Mongolia would benefit from making further progress in reducing reliance on commodity-related revenues. State-owned enterprise reforms, including measures to strengthen transparency and governance, would reduce contingent fiscal risks in China, Thailand and Vietnam. Deepening regional trade and investment would boost economic activity and create jobs. New partnerships, including the Trans-Pacific Partnership trade accord, if implemented, and other regional trade agreements, including ASEAN economic community and the proposed Regional Comprehensive Economic Partnership, should all help anchor structural reforms, lift trade, and raise potential growth in the region.