Ambassador of the EU, Chairperson of the Parliamentary Committee on EU Integration,

Globally, trade has been an unambiguous driver of prosperity and poverty reduction. This has been quite evident from the experiences of the emerging economies of Asia. The World Bank, IMF and WTO have recently called upon national governments and international institutions to build public support for open trade policies, emphasizing that trade promotes innovation, employment and higher living standards. They also called for greater cooperation to reduce trade barriers.

There has been reaction against free trade in many nations. This is happening not because trade has failed to deliver on economic growth but because growth has not been equitably shared. Learning from this, Governments  need to design appropriate economic, fiscal and social policies which affect the distribution of economic gains. But first, there must be sustained economic gain for appropriate distribution.  This makes trade critical, particularly for small countries with limited domestic markets such as the Western Balkans countries.

With high levels of unemployment, the Western Balkans countries need to grow faster and create jobs, especially for the young workers to keep them in their countries. To do this, they need more trade in goods and services, as no small countries have grown prosperous without enhancing trade integration.

For this reason, the determination of the Western Balkans leaders to pursue domestic economic reforms and enhanced regional collaroation is timely and encouraging. It is important for the leaders to continue to accelerate their efforts to work together to improve the environment for private investment, improve connectivity, and move toward regional and global markets. Western Balkan governments are working within the World Trade Organization framework and through the EU accession process to pursue greater economic integration. Regional initiatives, such as the Central European Free Trade Agreement (CEFTA) and the connectivity agenda within South Eastern European Transport Observatory (SEETO) are important complementary avenues to foster trade in goods and services and promote regional cooperation. These are important intiatives supported by the EU to that can generate economies of scale and new investment opportunities, and promote regional cooperation.

Today, all countries in the Western Balkans are registering positive growth, with average growth rising to three percent per year with similar projections beyond. It is now possible to make faster progress toward trade integration to further contribute to growth. The good news is that the region is moving toward a period of increased cooperation to achieve common goals. Country-led efforts to promote regional economic integration culminated in the endorsement at the July Paris Summit of  a Joint Action Plan for Western Balkan Trade and Transport Facilitation.

This sends a strong signal of the leadership’s commitment towards collaborative efforts for integration into international markets for growth and jobs on the path to EU accession. A couple of months ago, an important event took place in Nis, Serbia where Prime Ministers Rama and Vucic launched a joint Albania-Serbia Business Forum to promote cooperation among the business community of the two countries.

The World Bank is committed to support the regional cooperation process as our global experiences demonstrate that carefully designed programs to facilitate trade and transport can deliver tangible benefits for citizens.  We have already launched the preparation of a Western Balkan Trade and Transport Facilitation Project to support enhanced regional cooperation which will be aligned with a Program developed by the six countries themselves. The objective of this Project is to support greater economic integration among Western Balkan countries, and between them and the European Union. It will support implementation of the Joint Action Plan endorsed in Paris, and deepen the reform agenda on trade facilitation in close collaboration  with the European Commission, CEFTA, SEETO  and other associated regional and international organizations.

We welcome today’s event to mark ten years of CEFTA. We appreciate the efforts of the Government of Albania and especially Minister Ekonomi’s  leadership in bringing together key stakeholders. It is an opportune moment to take stock of progress during the past decade and strategize on  future opportunities to foster more rapid regional cooperation. 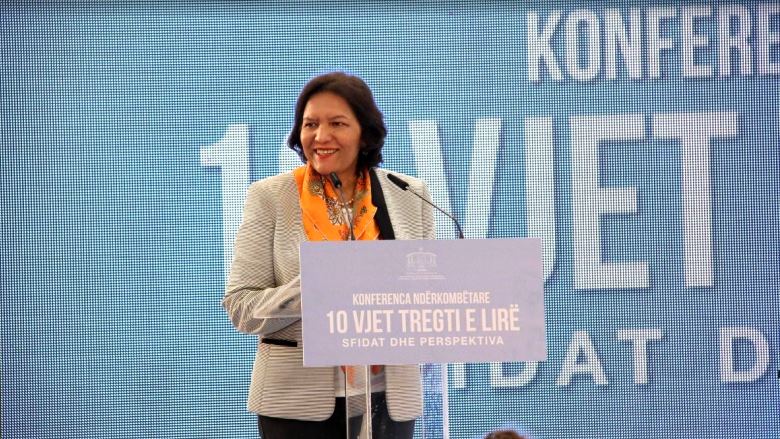