Growth expected to rebound after a difficult year, but risk of slowdown in remittances is more pronounced 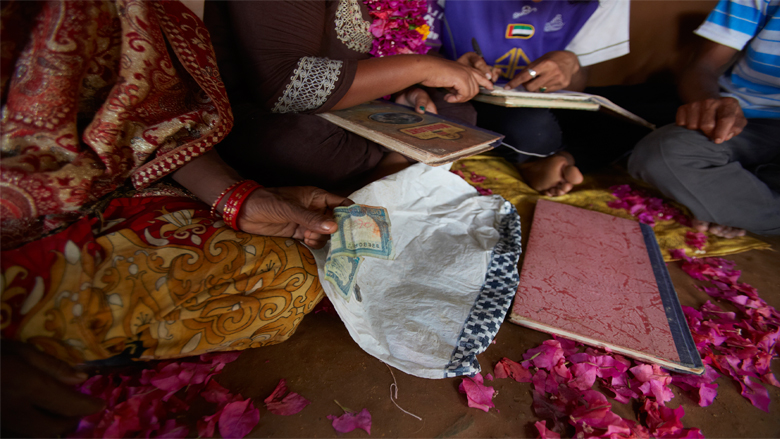 KATHMANDU, June 15, 2016 - Following two massive shocks which have resulted in two years of disappointing growth, economic activity is expected to rebound modestly, growing by 4.7 percent in FY2017, a new World Bank report said.  According to the twice yearly Nepal Development Update, this rebound in growth hinges on stabilization of the political process, effective mobilization of earthquake rebuilding efforts and the full normalization of supply of goods.

Nepal suffered devastating earthquakes in April and May of 2015, followed by a border crisis along vital transit routes that brought trade and manufacturing to a near standstill between September 2015 and February 2016. Industry contracted for the first time in seven years. Similarly, agriculture and services also experienced some of the lowest growth rates in recent history. “The overall impact of the trade disruptions has been nearly as large as the impact of the earthquakes resulting estimated growth rate for FY2016 to be lowest in 14 years,” says the report.

The trade disruptions have further affected poverty reduction efforts which were already hampered by the earthquakes in 2015, the report notes. “Shortages of goods have pushed up prices with inflation inching into double digit territory affecting welfare with significant impact on the poor in Nepal.”

Despite recovery in economic activity in the forecast period, the report highlights that fiscal and external environments are likely to be less favorable. Fiscal deficit is expected to widen, as the reconstruction efforts take full shape. Government’s expenditure is expected to grow substantially after FY2016 owing to increase in earthquake-related expenditures. The revenues, however, are expected to pick up, but at a slower pace, resulting in higher fiscal deficit.

The focus chapter of the Update is titled Remittances at Risk and it highlights a possible near-term risk of a slowdown in remittances. Over the last 10 years, remittances have increased substantially and they play an important role in Nepal’s economy. Quoting data from the Nepal Living Standards Survey (NLSS) the report says out of a total work force of 14 million, some 4 million Nepalis—or 28 percent of the workforce—are working overseas today. Meanwhile, remittances have grown to more than 30 percent of Gross Domestic Product (GDP), making Nepal among the highest remittance recipient countries in the world, adjusted for the size of the economy.

However, growth in remittances at a global level contracted in 2015 for the first time since 2009 as a result of a fall in oil prices which affected activity in remittance-sending countries, notes the report. Remittance inflows to South Asia declined as well but Nepal bucked the trend as remittances increased significantly in response to the 2015 earthquakes. However, a prolonged contraction in the departure of migrant workers is an early sign of a potential slowdown in remittances in Nepal. “A potential slowdown in remittances poses a significant near-term risk to Nepal because of its outsized role in the Nepalese economy,” says the report.

“Should a slowdown in remittances occur, appropriate monetary and fiscal policy responses are required as well as enhanced supervision of the financial sector,” said Damir Cosic, the World Bank’s Senior Country Economist for Nepal and lead author of the report.

Following the earthquake in April, the outflow of migrant workers has contracted for ten months in a row. For the first nine months of FY2016, the number of migrant workers declined by 25 percent (year on year) compared to the same period of the year before. This is the steepest and longest decline since 2009, notes the report. One reason is that that potential migrant workers chose to stay home to support their families to rebuild homes and livelihoods. But a weaker demand for workers from oil and commodity producing countries, e.g., Gulf Cooperation Countries (GCC) and Malaysia is likely to have contributed to this decline, it adds.