What If Trade Barriers Were Reduced in South Asia?

It is 2020. Vasu – a trucker operating between India and Bangladesh – is both contributing to and benefiting from an economic boom. Every morning, he loads up his truck with fabrics, drives the 80 kilometers to Bangladesh, is quickly waved through the border, offloads his cargo at destination, takes on a load of low-cost clothes, drives back to India, and offloads the goods into container ships awaiting at Kolkata's port.

Indian transport infrastructure logistics combined with Bangladeshi apparel expertise make Bangladeshi garments some of the world’s most competitive in the world. Low transportation costs also benefit Bangladeshi import consumption, both as inputs to its growing manufacturing sector and as final goods. And Vasu is now part of India's growing middle class, with a comfortable house in Kolkata’s metropolitan area.

At the start of business, life was not easy. Back in 2012, Vasu wasn't allowed to operate his truck within Bangladesh. He had to offload his cargo into a Bangladeshi-owned truck – a 10-hour affair, on average – which took the cargo to the factory. Bangladeshi and Indian officials subjected his truck to, on average, 78 hours of queuing and customs. 80 percent of each trip was spent idling his truck near the Bangladesh border. As a result, his truck was only able to make 1/5th as many trips in 2012 as in 2020.

" Reducing regional trade barriers could result in a 17% increase in GDP for Bangladesh and Sri Lanka, a 15% increase for India, and a 5% increase for Pakistan by 2020. " 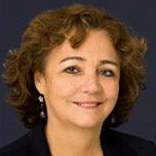 Vasu is not the only beneficiary. Delhi native Lakshmi, an IT system designer, had previously been shut out of South Asian markets because of low Internet penetration and expensive intra-regional calls. Connectivity also means that clean energy from Central and South Asia is lighting the homes of Azin in Herat and most South Asians. A decade ago, 40 percent of the population was in the dark and most with grid connection suffered daily power cuts.

Presently, regional borders are hurting South Asia’s economic growth by penalizing efficient trade routes. Only two borders – Afghanistan/Pakistan and India/Nepal – are open to trucks. And then there is the plethora of paperwork. Complying with trade restrictions in South Asia takes an average of 30 days, compared to 20 days in Latin America and only 11 days in OECD countries. Container shipment within South Asia costs 25 percent more than within Latin America and 50 percent more than within OECD. These border issues result in circuitous routes: Trade from India to Pakistan goes via Dubai rather than making the short crossing over land borders or from Karachi to Mumbai.

These barriers may have arisen out of security concerns. But poor infrastructure, logistics, and management systems have compounded their costs and lowered trade competitiveness. For instance, the rail network is largely inward-facing in South Asian countries with few links between countries. Track gauge differences mean that trains from one country cannot run on another. High logistics and regulatory costs must be factored into all cross-border shipping.

India and Pakistan have attempted to decrease wait times at their borders by implementing customs reform and system modernization. These promising initiatives need to be complemented with broader system changes – infrastructure, capacity building, and autonomous monitoring and evaluation – to fully realize the efficiency potential.

The region's telecommunications and electronic infrastructure also needs integration. It costs more than twice as much to call from Bangladesh to India as it does to the United States. The region has exorbitant roaming rates. A Bhutanese in India pays over $1 per minute to make a roaming call, 56 times the cost with an Indian SIM card.

With some effort, South Asia can reap the regional integration benefits. If intra-regional trade is facilitated, cheaper transport costs, wider markets, and broader supply chains will reduce production costs and expand jobs for the 10 million young South Asians entering the labor market each year. By 2020, reducing regional trade barriers could result in a 17% increase in GDP for Bangladesh and Sri Lanka, a 15% increase for India, and a 5% increase for Pakistan. This effort could increase connectivity, rationalize transport cross-border regulations, simplify customs procedures, and facilitate higher-tech and efficient border control systems, potentially energizing South Asia's growth and allowing a million Vasus to realize the true meaning of their names – wealth.