Scholarships Give Impoverished Students in Cambodia a Brighter Future 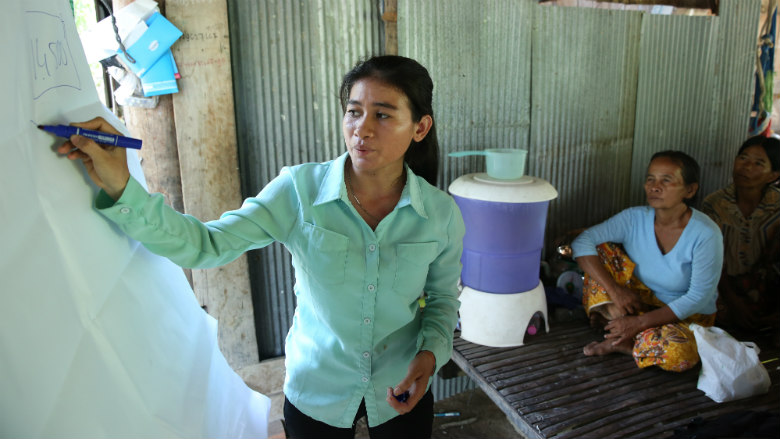 Under the shade of a wooden house on stilts in a small village in Kampot province in southeastern Cambodia, 24-year-old Heng Sinat is using a flipchart to explain the importance of nutrition. A small group of villagers, mostly women, listen as Sinat, a community facilitator, talks them through subjects such as preparing food, boiling water and starting a vegetable garden.

“I’m so proud that I have the opportunity to serve our rural population,” Sinat says after the session ends, “and to see how villagers change their habits–boiling water to purify it, learning more about nutrition, or growing their own vegetables.”

SInat’s job pays $350 a month, enough to support her family and pay for her younger brother’s university studies. The life she leads would have seemed an outlandish dream for her younger self, growing up in a poor family with seven siblings. Her parents could never have afforded university fees, and the only job the then-high school student could imagine was that of a garment worker in one of the many factories that dot the province.

Indeed, many of Sinat’s school-friends did just that. But she was determined to get a college education, and, after winning a scholarship from the Higher Education Quality and Capacity Improvement Project (HEQCIP), she enrolled at the Chea Sim University of Kamchaymear in nearby Prey Veng province where she studied Rural Development.

As someone who grew up in an impoverished, rural family, Sinat knows better than most what help people need to improve their lives and the limited opportunities that are available to them. Over the years, the HEQCIP program, which is supported by the World Bank, has provided nearly 1,000 scholarships to promising students. Without it, Sinat says, she and the other poor students could never have gained the skills that they are using to develop the country.

Another scholarship graduate is 28-year-old Khun Kha, who majored in Tourism Management from Build Bright University. He is now a site supervisor in a tourist related company in Siem Reap, the nation’s tourist hub. Kha’s salary of $380 a month allows him to support his wife and their two children.

He and Sinat have a lot in common. Kha also grew up poor with seven siblings, in his case in Kampot province. When Kha was 10, both of his parents died, leaving his ambition of attending university in the future in ruins. Indeed, as the third child in the family, it seemed likely that Kha would follow his two older siblings on the dangerous migration path to Thailand to become a daily laborer.

Kha was passionate about his university studies. In his first year, he walked to university, or, if he was feeling energetic, he would run. By the end of the year, he had managed to save enough from the scholarship to buy a bicycle to commute.

" Winning the scholarship changed my life completely. Now I can support my children’s education, too. I am determined that they study all the way through university. " 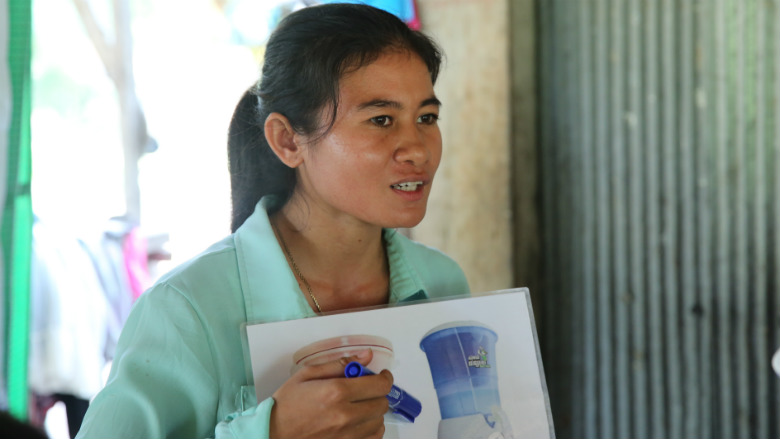 These days he has a motorbike and a plot of land in Siem Reap where he plans to build a house for his young family. “Winning the scholarship changed my life completely. Now I can support my children’s education, too. I am determined that they study all the way through university.”

The project also works to develop and strengthen the skills and abilities of university faculty and staff to improve teaching quality. Ngoy Yuthnea, a lecturer in International Foreign Languages at the Royal University of Phnom Penh, got a Masters in Economics from Australia’s James Cook University. There he saw the differences between the two countries’ higher education systems, not least aspects such as class size and how students learn.

“I was deeply honored to receive this scholarship,” Yuthnea says, adding that he makes sure to apply what he learned to the students he lectures. “It has greatly helped me and other lecturers here to complete our degrees, and through it use the knowledge we gained in a developed nation to better teach our students here in Cambodia.”

The project also provides grants to public or private universities that want to search for solutions to local problems. The University of South-East Asia, in Siem Reap, used its grant to undertake a study on tourism. It allowed them to reshape their Bachelor of Arts program for those majoring in Tourism.

“This grant helped us identify problems at the local level,” says Rous Bunthy, the university’s Executive Director. “We found that our previous curriculum did not fully match the requirements the labor market had for graduates, and this allowed us to improve it. Now I am optimistic that our graduates will be able to land a good job in the industry.”

Since 2010, the project has helped 999 impoverished students with university scholarships. In addition, 64 public and private professors and staff were able to complete studies overseas where they majored in an array of courses.

A total of 45 research grants were issued to support teaching and learning, and to find solutions to local problems. Further helping to improve the quality of Cambodia's education, a total of 78 overseas programs and 254 local training programs were conducted for more than 10,000 higher education leaders, managers and teachers. 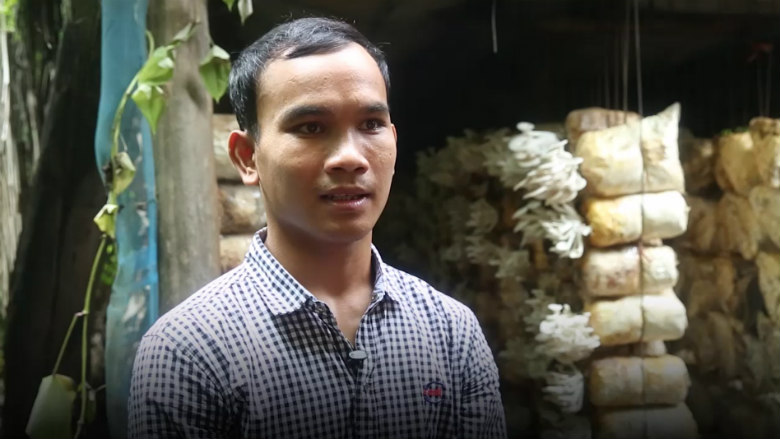 Scholarships Give Impoverished Students in Cambodia a Better Life