David and Joseph: inside accounts of inner city redemption 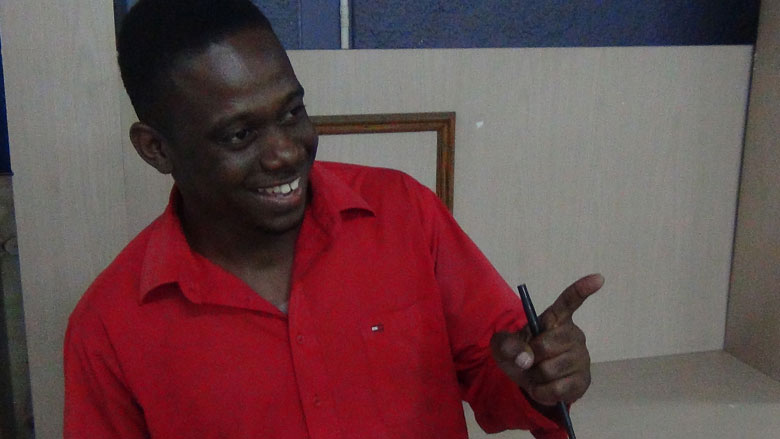 Miles apart, two young men from Jamaica and the USA talk about how social programs saved them from inner city violence.

“I have always been a quiet, laid back guy… but before joining Safe Streets, if you pushed my buttons I could explode and get very ugly.  Violence had become a part of my daily life—from turf protection to seeking ‘justice’ for being duped in a sour drug deal” David Tyler-El   reflects on his life prior to 2007, hustling on the streets of a troubled East Baltimore community.

Meanwhile, Joseph Collington grew up in a tough East Kingston community in Jamaica. He reminisces, “We were raised in an abandoned building…no electricity, no running water, very little food. Ongoing feuds with neighbors often erupted violently. I was a very negative and aggressive child, and I've done some things that I would definitely love to go back and undo, but of course I can't.”

Living nearly 1,500 miles apart, these two young men have never crossed paths. David hails from an important city in the world’s richest economy, whereas Joseph’s world centered on a small corner of the gritty capital city of a small developing island nation in the Caribbean.

Baltimore has an impressive network of colleges and almost a quarter of the population is employed in cutting edge ‘STEM’ careers (science, technology, engineering and mathematics). Its diverse economy remains a hub of commercial activity along the populous eastern seaboard. Nonetheless, Baltimore is also noteworthy because of its entrenched problems of violence, exclusion, and urban decay. According to the City’s Office of Youth Violence Prevention, in 2015, Baltimore City experienced its highest homicide ever of approximately 55 victims per 100,000 population.

Kingston, on the other hand, is a microcosm of Jamaica, with underdeveloped social and physical infrastructure and high youth unemployment – even among college graduates. Declining standards in education and health care and the nagging issues of citizen security, particularly the prevalence of violent crimes, compound this situation.

While geographically worlds apart, David and Joseph’s parallel lifelines share effective social interventions, which liberated them from the clutches of violence.

For David, this mentor came in the shape of a Safe Streets outreach worker that engaged with at-risk youth. Having himself been part of the streets lifestyle, his authenticity “forced me to pay attention and seek my own life changing path,” David explained.

In Baltimore, David was guided to complete his GED certificate – equivalent to a high school diploma – and later gained qualifications in Ventilation, and Air Conditioning (HVAC). Safe Streets also helped him settle five police charges against him by proving that he was working on changing his life, leaving drug-dealing behind.  “You don’t time to get in trouble when people are constantly pushing you to do things to better yourself” he argues.

Besides the story of David and Joseph, the two cities of Baltimore and Jamaica share much more in common than one would first imagine. Both cities have started bringing together all sides of society – government, private sector, academia and civil society - to adopt a more comprehensive strategy to tackle this epidemic, and learn from each other experiences in a series of knowledge exchange.