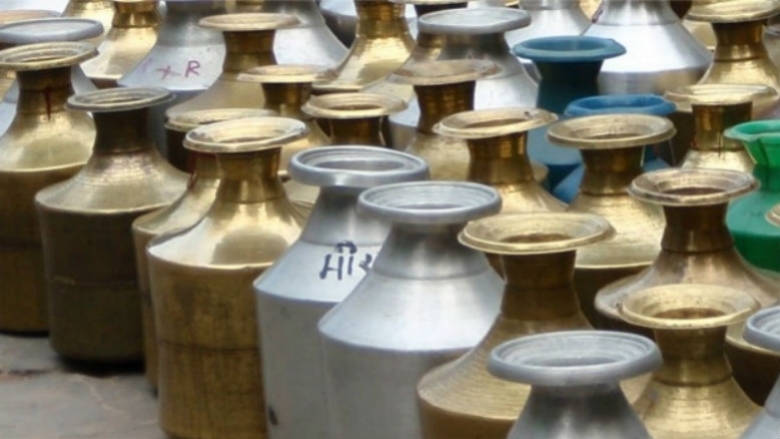 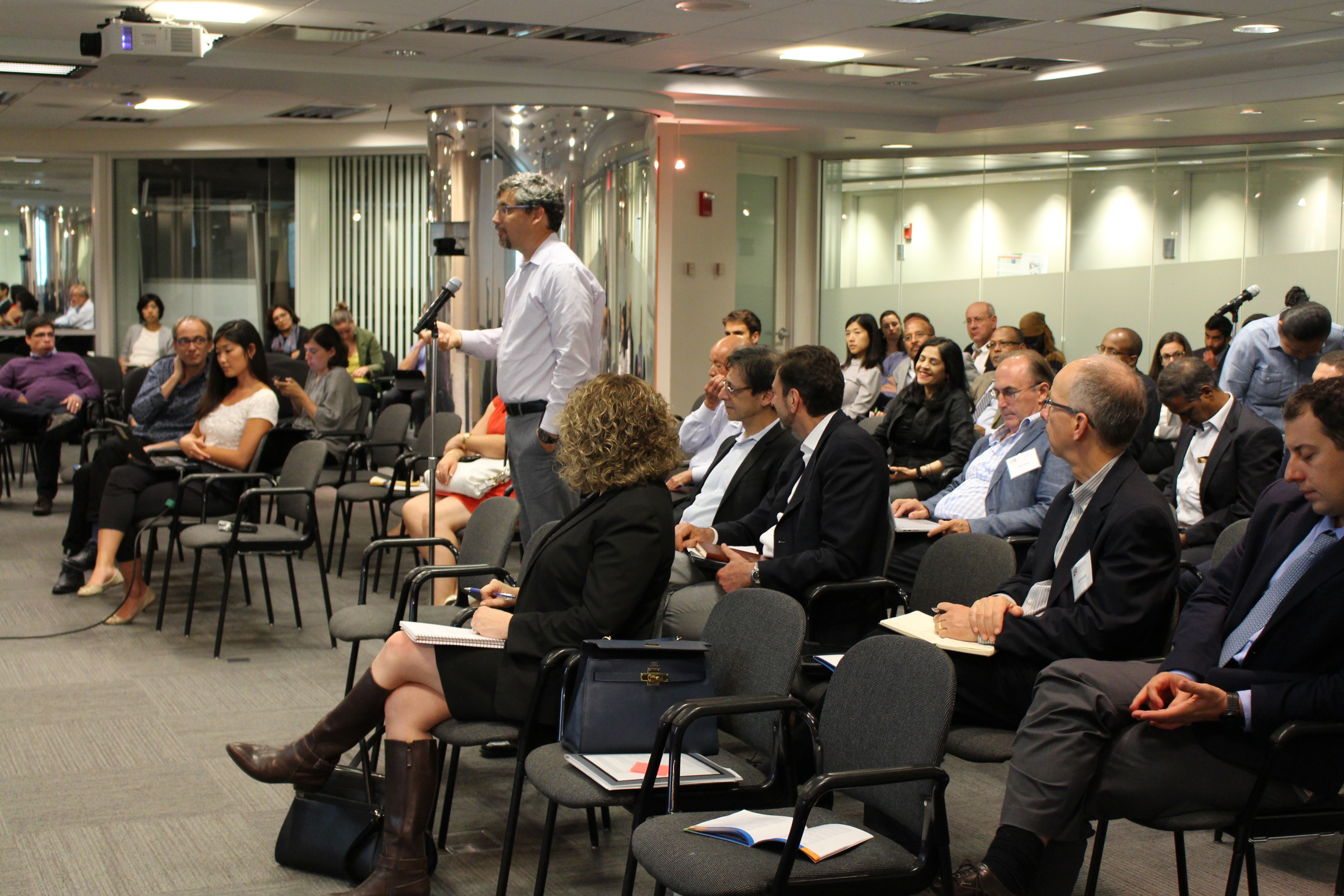 The World Bank hosted the 12th Meeting of IWREC—the largest in the field of water economics.

Water scarcity, caused by growing water demands and changing water supplies as a result of climate change, is increasingly affecting large parts of the world.  Unless action is taken soon, it could cost some regions up to 6% of their GDP by 2050. To address this massive challenge, the international community needs to look at water issues more comprehensively in terms of water security, and make efforts to better identify as well as assess the linkages to other sectors and issues such as equity.

This was an underlying theme of the 12th Meeting of the International Water Resource Economics Consortium (IWREC), titled “Water Security in a Changing World”, which took place in the World Bank on September 11-13, 2016. It was the second time the World Bank hosted the conference, bringing together key development practitioners and water economists from around the world.

The meeting—the largest in water economics—provided a platform for sharing the latest research as well as exchanging major insights from the field. The program included about 50 papers and presentations that covered a wide array of topics, ranging from water pricing and conservation to transboundary, multi-sectoral and economy-wide water management.

In her opening remarks, Laura Tuck, World Bank’s Vice President for Sustainable Development, emphasized that in the 21st century, water security has become “one of the top global risks.” The importance of water is captured in Sustainable Development Goal (SDG) 6, which calls for availability and sustainable management of water and sanitation for all. Yet, water is also key to many other development goals. “If you don’t address the water, you can’t meet the targets for other SDGs either, [which] justifies our top focus on the issue,” Tuck said. 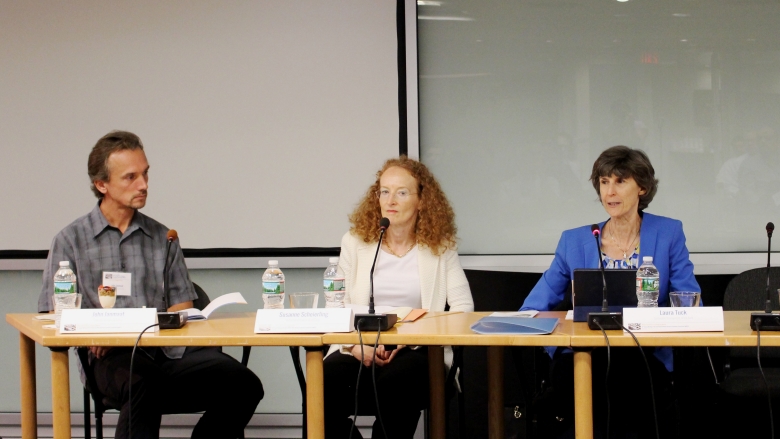 Laura Tuck, World Bank’s Vice President for Sustainable Development, opened the meeting, emphasizing the importance of water security for all.

Quentin Grafton of Australian National University, who delivered the keynote address, pointed out that water security is not an issue that affects only emerging or poor economies: “Water security is an issue everywhere—it just comes in different shapes and sizes.” He recognized the difficulty of valuing and pricing water, but noted that there are approaches to overcome those issues. Evaluating a number of potential responses to key water issues, Grafton suggested that major gains can be achieved through efficient and equitable water pricing and supply augmentation, as well as economic valuation to consider trade-offs. Yet, he stressed, it is the institutional constraints and vested interests that present persistent challenges.

Focusing on the bigger picture

The two days of the conference included twelve sessions with presentations, engaging discussions, and a first-of-its kind panel discussion on the state of the field of water economics. The concluding session of the meeting featured a panel of senior managers from different parts of the World Bank, who commented on the implications of the research findings and issues raised during the meeting for the work across the Bank’s major practice areas. 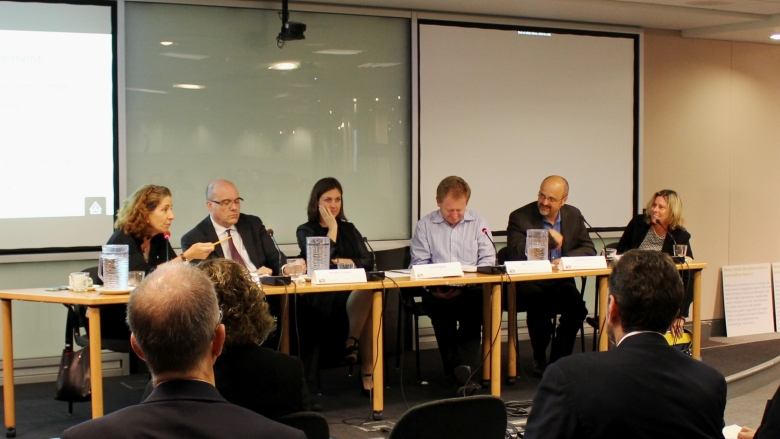 World Bank senior managers commented on the implications of water economics research for the Bank’s work.

While the panelists recognized that key water issues, such as providing basic water services and addressing growing scarcity were still unresolved and required continued attention, they also emphasized the importance of incorporating water-related considerations, including risk assessments and the evaluation of trade-offs, into all development interventions.

Francisco Ferreira, Senior Adviser on Poverty and Inequality at the World Bank echoed this sentiment. “[We are observing a gradual move to] multidimensional poverty measurement, which includes poverty as deprivation in various different domains,” he said. “Access to water and sanitation could be one [of those domains].” Ferreira noted that other organizations are already using such measures in their work, and that the World Bank should consider adopting a similar model.

In concluding remarks, Susanne Scheierling, Senior Irrigation Water Economist at the World Bank and one of the organizers of the conference, reiterated the critical need to incorporate water-related considerations into the broader development practice. She also noted that while water problems are context-specific and mostly local, it is important to recognize patterns and learn lessons from past experience and research. In this regard, water economists from developed and developing countries have a significant role to play. “As water scarcity increases in many parts of the world, the involvement and contributions of water economists will become increasingly important—not only for the assessment of projects, but also for the analysis of policy options and suitable institutional arrangements,” Scheierling said.