Why and How the Bank Engages with Legislators 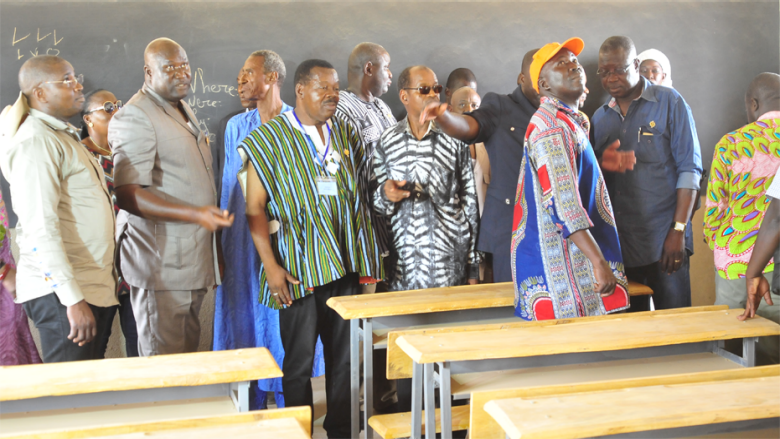 More than 15 years have passed since the World Bank Group began reaching out to parliamentarians. While the World Bank has made strides towards meaningful engagement, there persists in certain cases some hesitation to initiate dialogue with legislators. It is true that the Bank's mandate clearly indicates that our official counterparts are finance and development ministries. However, engaging with parliamentarians has proven successful on many grounds.

A crucial part of the authorizing environment

Legislators can be powerful partners in monitoring the implementation of development programs. By virtue of their mandate, Members of Parliament (MPs) pass laws, debate and review development policies, and hold governments accountable for World Bank-financed programs. In Sub-Saharan Africa alone, more than 60 percent of countries are required by law to ratify loans and projects supported by international financial institutions like the World Bank.

The IDA18 replenishment is critical to helping the World Bank Group and its clients deliver on the pressing global development agenda, marked by challenges such as climate change, the displacement crisis, and disaster risk management.

In donor countries, MPs approve development assistance budgets and often appropriate IDA contributions. In many developing countries, not only do parliamentarians ratify World Bank loans, but the constituencies that elect MPs to office are also IDA's primary beneficiaries.

This is why the Bank has increasingly called upon parliamentarians to participate in consultations to support the design and implementation of Country Partnership Frameworks over the past ten years, and encouraged systematic interactions through field visits, conferences and workshops. There is simply too much at stake not to engage.

The value proposition of parliamentary engagement in country offices

The recent parliamentary workshop held in Burkina Faso on May 24-26 makes a compelling case for increased parliamentary engagement. With about 50 MPs in attendance, the two-and-a-half-day workshop in Ouagadougou aimed to improve the oversight functions of parliaments in public finance.

​“The perspective of parliamentarians is very valuable to the success of our projects and programs.”

Co-organized by the Burkina Faso country office, the Governance Parliamentary Strengthening program, and ECR's Global Engagement team, the workshop was also an occasion to present the Bank's portfolio in Burkina Faso—$1.196 billion—and discuss opportunities for further collaboration.  A field visit offered participants the opportunity to see first-hand the impact of World Bank-funded projects, including the Bagre Pole Project which aims to support the government of Burkina Faso in developing the Bagre municipality as a model of an agribusiness growth pole.

“We came to see with our own eyes the work that is being done here because our job is to defend your interests.”

Tibila Kabore, MP to a community displaced by the Biré project

“Parliament stands as one of the most critical allies of the World Bank in its fight against extreme poverty.”

As well as highlighting the impact of Bank-funded projects in Burkina Faso, the field visit was also an opportunity to address some of the challenges faced by projects in the region and more generally. For instance, the delegation discussed the involuntary resettlement of communities affected by the Bagre Pole Project, and took stock of the Bank's efforts to restore the livelihoods of the population displaced from Biré to the nearby village of Loaba, particularly for provision of infrastructure and water access.

The training laid a solid foundation for an ongoing partnership between the Bank and the Parliament of Burkina Faso.  In the context of the institution's continued commitment to decentralization and public sector governance, interfacing with the National Assembly has planted the seeds for the next phase of the local government reform project in the pipeline.

Workshops like this one are much more than a simple exercise in cross-cutting institutional collaboration: they are a testament to the strong impact that a targeted training program can have in yielding positive development outcomes. They foster greater understanding of, and local ownership and support for, the World Bank's operations. Critically, they also empower MPs and give them the policy tools they need to lift their countries out of poverty: a win-win for MPs and for the Bank.