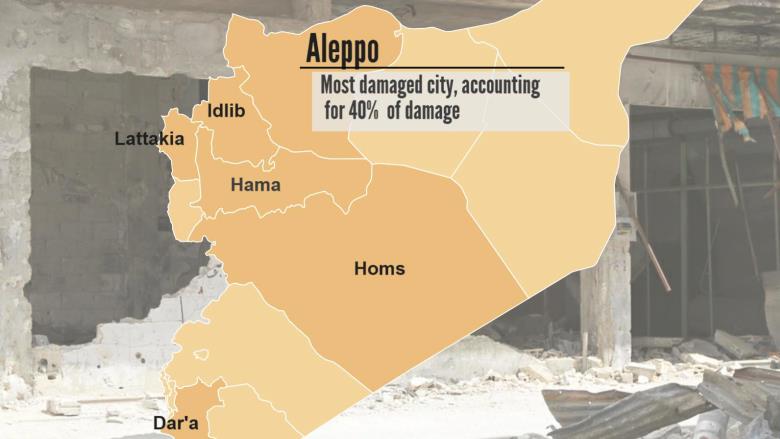 in Syria, even as bitter conflict continues on the ground? The answer is, “Yes.” A sketch of what’s damaged in six of Syria’s main cities, which services are up and running and which are not, has been put together by the Syria Information and Research Initiative (SIRI) at the World Bank Group (WBG). And, just as Apple’s Siri helps us find information, this SIRI can help us estimate how much Syria’s war damage will cost to repair.

“The Bank is using cutting-edge, tried-and-tested methods for Syria in order to be ready to engage when conflict abates", said Ferid Belhaj, World Bank Country Director for the Middle East Department. “Technology can allow us to draw up realistic and workable plans for working in Syria in a way we haven’t been able to do before—before the conflict actually ends.”

Tested for decades following natural disasters, remote-based, data-collecting techniques are now being tailored to gather data while man-made disasters unfold. “There is an increasing demand to start looking at the day after,” said Raja Rehan Arshad, the WBG’s Lead Disaster Risk Management Specialist, “But looking at it [from] the day before.” Such techniques, he emphasized, are supposed to supplement rather than substitute on-the-ground assessments, once they can be carried out.

So far, findings by the team focuses on six of Syria’s cities—Aleppo, Dar’a, Hama, Homs, Idlib, and Latakia. Damage assessments such as these are an important starting point: Take Aleppo, with its glorious reputation as an ancient, cosmopolitan, economic hub. out of the six assessed, with Homs the second most badly damaged, and Hama, the third. 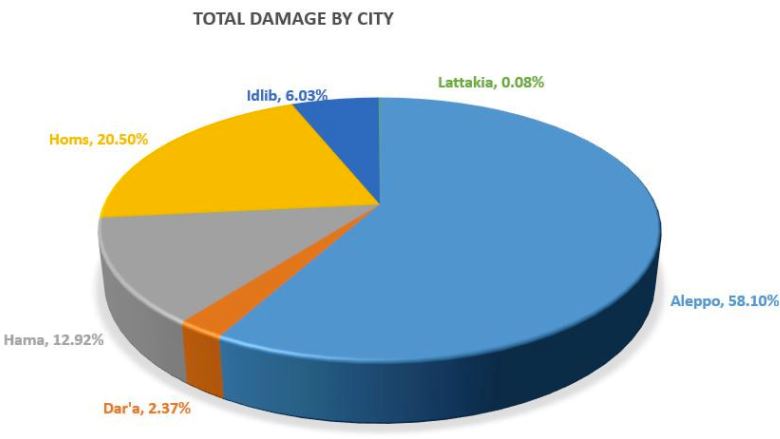 Taken together, the  images, though static, create a historical narrative: Looking at snapshots from 2014 to 2016, . , for example; in Homs, it has increased by a third. But there are also surprises: Before the recent upsurge in fighting in Aleppo, it looked as if people in some areas of the city had been making minor repairs to their houses, even while fighting continued elsewhere. “Even in a city in conflict,” said Arshad, “Patterns of reconstruction emerge.”

Damage assessment data is valuable to the WBG because it conveys an idea of the impact of the conflict.. The estimated damage in six cities for housing, health, education, water and sanitation, transport and energy is US$6 billion. The data collected helps create baselines. Energy is the sector second-hardest hit by the five-year long Syrian conflict, with many people relying on generators for electricity.

The SIRI team believes that data like this, even when gathered remotely, can “inform conflict resolution” by identifying “low-hanging fruits.” These are existing opportunities, often community-led, that could be supported to aid local-level recovery and lessen the risk of conflict relapse.

Data can also be used to help work out what to look for; satellite images show that Latakia, on Syria’s Mediterranean coast, hasn’t suffered much damage to buildings, but the large numbers of displaced people living around it may be putting pressure on public services and making uneven access to them all the more likely.

A launching pad for reconstructing Syria

With so much to repair, reconstruction will be the reviving force of Syria’s post-war economy. But who will benefit most from a post-war building boom? Most of the building materials used in Indonesia’s Aceh province, as well as in Afghanistan and Iraq, for example, were imported, creating money and jobs elsewhere. Only after World War II, when Allied warplanes avoided bombing German cement and brick factories, was the process of reconstruction set aside to benefit post-war Germany itself.

One proposal is for an Advance-Purchase Commitment Fund for building materials that could be made—and stored—in the Middle East now. “This is not for the day after,” said Najy Benhassine, the WBG’s Practice Manager for Trade and Competitiveness, “This is for the day before. This is to create jobs today because, over the next ten years, billions more US dollars will be needed to repair the Syrian housing sector.” Even now, SIRI could help predict “how many windows to build” and what else is needed. Gaps may exist in the market for manufacturing pipes, perhaps, but not for producing cement, of which there is a surplus.

In order to work, the new fund would need donor support and commercial support, as well as a global agreement by all those concerned to give preference to buying construction materials made in the region. . But, once agreement is reached, rebuilding Syria will offer opportunities that could benefit Syrians and their host communities.

“Syria would have been a better place without the terrible human and physical damage done by a brutal and tragic war,” said Ferid Belhaj, “But even before the dust settles, a post-war effort needs to be launched from the region—by people and entrepreneurs in the region —to create the jobs and economic expansion that will restore hope and help pave the long, uncertain way to reconciliation and peace.” 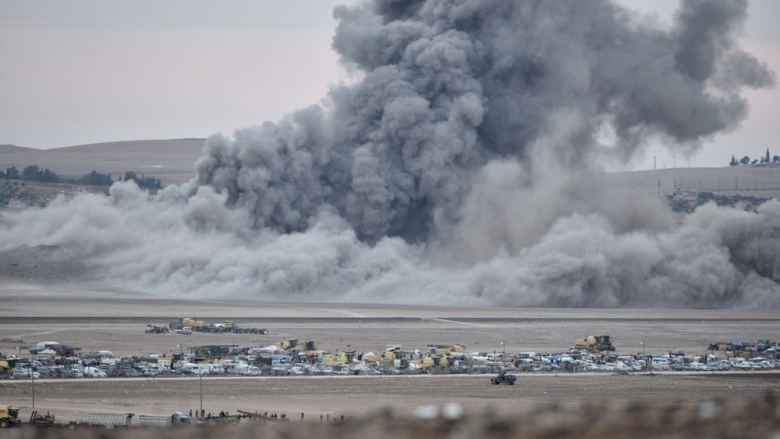