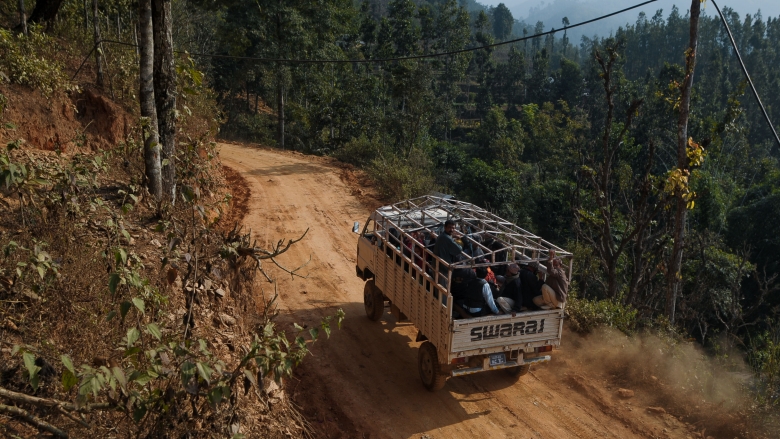 The winding and steep roads in rural Nepal are built in difficult terrain, and are often impassable due to monsoon rains

The rugged terrain of Nepal poses formidable natural obstacles to road construction. Even where roads are built, they are barely operable during the rainy season. Though connectivity has improved significantly in the past few years, there is still a long way to go.

World Bank and the Transport Sector in Nepal

The World Bank has partnered with Nepal in the transport sector for several decades to support connectivity and improve access to markets for the poor.  This partnership also supports the Government’s all-weather upgrading and maintenance efforts for both national and rural roads.

Since the 1970s, the World Bank has funded 12 roads projects in Nepal, to expand rural access, support the rehabilitation and maintenance of national highways, as well as improve its network of bridges.

From iconic projects like the Karnali Bridge that first connected territories east and west of the river in the early 1990s, to recent efforts to link historically remote and underdeveloped regions in far western Nepal with all-weather roads, the achievements have been significant.

For example, Nepal’s road network totalled 2,700 kilometers in the early 1970s.  Now it spans over 42,000 kilometers.  Half of the population now enjoys access to paved roads. Travel time, on average, has dropped nearly 80 percent.

However challenges persist, especially in rural transport. In hill areas, one-third of residents walk more than four hours to reach an all-season road and this is worse in the mountain regions.  Meanwhile, road safety is paramount, especially during the treacherous wet season when fatalities rise dramatically.  This needs to be addressed urgently through multiple fronts such as engineering improvements, traffic regulation, training, awareness and law enforcement.

As part of the World Bank’s continuing efforts to help improve rural connectivity, one priority is to provide reliable roads for communities in 36 districts - home to more than half of Nepal’s poor.  Nepal’s roads program helps these districts upgrade, rehabilitate and maintain rural transport infrastructure for all-weather movement, generating economic opportunities and reducing the vulnerability of excluded and marginalized groups.

Over 1700 km of roads have been upgraded to all-season standard over the past 15 years.  164 trail bridges have also been constructed.

More recently, Nepal’s road programs have enlarged their focus to include monitoring by beneficiaries as well as civil society and private sector organizations. 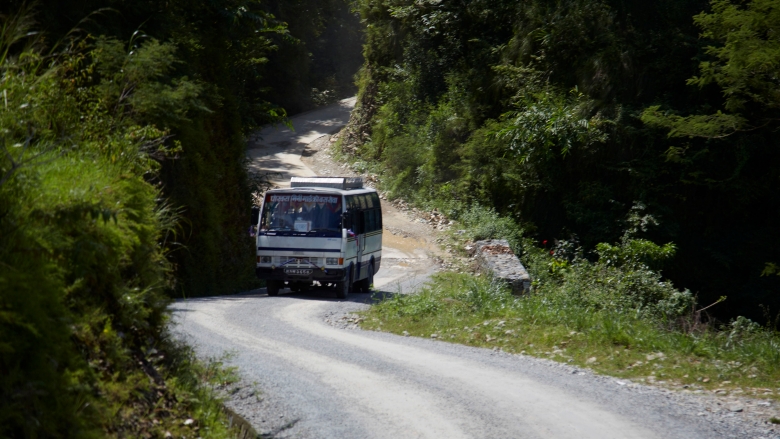 World Bank
" There are proven links between greater connectivity and economic activity, and enterprise surveys consistently identify transport bottlenecks as a major impediment to private sector operation and expansion.  " 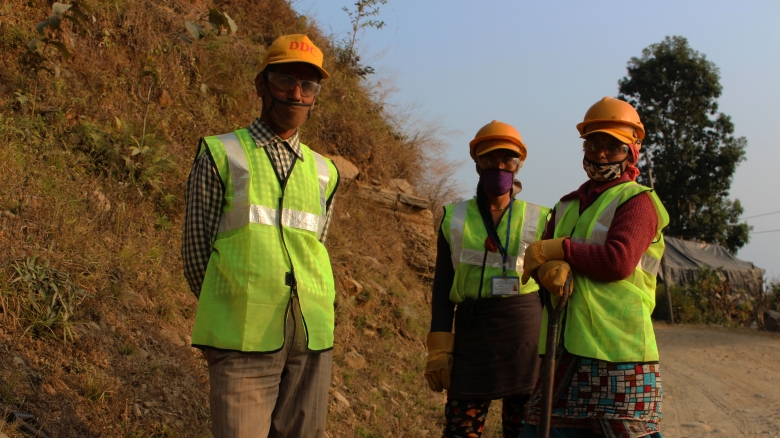 A 2013 Road Sector Assessment identified maintenance as the foremost challenge to improved transport services in Nepal. Since then, road programs in Nepal emphasize the “maintenance first” approach wherein priority is given to the regular maintenance of roads.

Bank funded roads projects have also pioneered an innovative program in the form of Road Maintenance Groups (RMG) - collectives of around 5-6 workers from local communities who are mobilized by the District Technical Offices to help maintain the local road network.  The workers – mostly women from poor and marginalized communities – carry out the routine maintenance of the road, benefit from livelihood opportunities, and ensure community ownership of rural roads.

The program employs 1,850 such workers in 36 districts across Nepal to maintain about 3300 km of the local road network.

"Our experience suggests that people-centric initiatives promote local leadership and engagement. While strengthening rural infrastructure is critical, integrating aspects of gender equality and social inclusion is equally important. For instance, 7 out of 10 RMG members are women and they come from various disadvantaged communities and social groups,” says Farhad Ahmed, Senior Transport Economist and Task Team Leader of the Project.

Good governance and accountability is an important aspect of the transport sector projects. Project contracts are procured through an electronic bidding system to promote integrity and transparency. Material testing labs and contract quality are monitored using a Quality Assurance Plan. Grievance Redressal Mechanisms are also under development and a beneficiary monitoring system involving the Local Road Users Groups and non-government organizations is also in the works.

Following the devastating earthquake in April 2015, three more districts have been added to the rural transport program. The inclusion of these districts will help in the post-disaster reconstruction process as well as restoring livelihoods in the earthquake-affected areas.