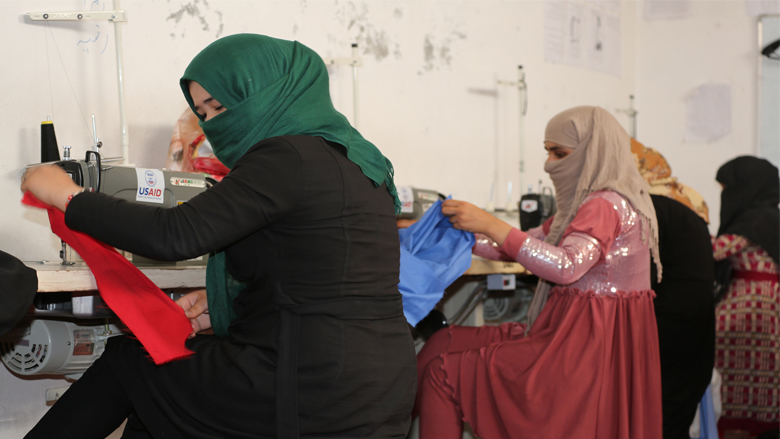 Women in Balkh Province are being given the opportunity to be financially independent through training courses and jobs.

MAZAR-E-SHARIF CITY, Balkh Province – In a brightly lit basement, over 30 women are carefully folding and sewing pieces of fabric to produce fashionable garments for men, women, and children. Their products are uniquely successful in the market, often attracting more customers than similar garments imported from overseas. This is the Balkh Women's Bright Future Social Association.

Established in 2011 by a group of 10 women activists for the purpose of empowering women to make a livelihood without depending on others, the association is located in the Kart-e-Brishna area of Mazar-e-Sharif city in northern Balkh Province. It currently has more than 250 members. The association also undertakes capacity building activities, including literacy courses for those who cannot read or write.

Bakhtawar Azimi, 18, a member of the association, is happy to work at the sewing workshop. “I could never imagine that one day I would be able to work and earn a living but now I can do that. I learned how to sew and now I make money through it,” she says.

The association has been able to improve its activities aimed at empowering women like Bakhtawar as a result of support from the Afghanistan New Market Development Project (ANMDP). The project is operated by the Ministry of Commerce and Industries and funded by the World Bank. In 2013, ANMDP enabled the association to offer training opportunities to 90 members in tailoring, needlework, and business communication in English through six-month programs.

Bakhtawar is one of the many young women who, after learning a vocation through ANMD training, has been made self-sufficient, earning an average of 3,000 Afghanis ($50) a month to support her family. Now qualified, she works as a tailor in the Balkh Women's Bright Future Social Association.

For Soghra Haidari, 18, another association member, the training in tailoring was an opportunity to invest on her education: “I graduated from high school a year ago but was unable to continue my education in the university because of financial reasons. Now, I am satisfied with my job here because I can support myself to pursue higher education and also my family.” 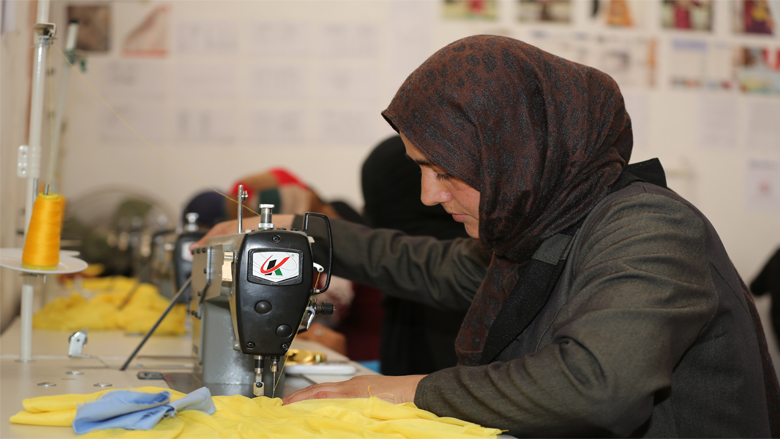 An Afghan woman is carefully switching pieces of fabric to produce fashionable garments in Balkh Province.

World Bank
" By enhancing the quality and productivity of the association, the trainings have brought about significant improvements in the association’s business and transformed the lives of its members. " 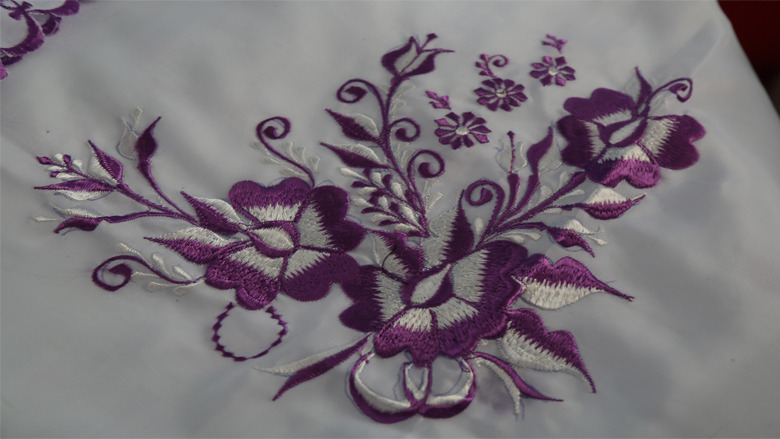 A sample of the kind of work the women in Balkh Province, after training, are producing.

ANMDP, launched in May 2011, is a cost-sharing program to support Small and Medium Enterprises (SMEs) and Business Associations with access to Business Development Services to enhance their productive capacity and encourage innovation through product and market diversification. The Facility for New Market Development (FNMD), as the core window through which firms access assistance, operates in four key cities of the country—Kabul, Mazar-e-Sharif, Jalalabad, and Herat.

FNMD helps SMEs and Business Associations to gain market knowledge, improve product quality and processing technologies, and increase their presence in both domestic and export markets. Other FNMD-supporting activities include a marketing and communications program, core skills building workshops, and supplementary support for developing business plans.

When Balkh Women's Bright Future Social Association was set up, its founders purchased 21 sewing and embroidery machines from their own funds. Today, after ANMDP support and training, association members are not only learning a new profession, but are also developing new skills to deal with potential clients. This has led to an increase in the association’s sales by 50 percent in four years, allowing it to cover its own expenses.

Mahboba Ibrahimi, a senior member says, “In the beginning, the activities of the association were very limited and they lacked significant achievement. But since ANMDP support it in 2013, it went through a broad and deep transformation.” According to Mahboba, there are close to 70 female tailors working in the association in two shifts, morning and afternoon.

All of Balkh Women's Bright Future Social Association products are sold to shops in Mazar-e-Sharif. Twenty percent of the total profit is shared equally among the tailors while the remaining 80 percent goes into the association’s account. According to the director of the association, Freshta Mohammadi, the money will be used to expand its activities to other cities in Balkh province.