WASHINGTON, April 18, 2015—Government representatives, business leaders and other members of the public and private-sector came together on April 16th for an event focused on the hurdles and benefits of engaging African businesses in the ever-expanding international trade market.

During the event, participants discussed a range of issues from the importance of regional integration to the value of carefully reading business contracts.

Gonzalez pointed out that the panel members all seemed to be in favor of integration into the global economy, but that the possible paths to that outcome were diverse.

“We may agree on this vision, but how to implement it is a much more complex question,” she said.

Mukhisa Kituyi, Secretary General of the United Nations Conference on Trade and Development, urged countries to invest in knowledge and to encourage partnership between public and private entities. He said corporate social responsibility – not just infrastructure, but investment – was key to boosting economic growth in Africa.

Malian Minister of Finance and the Economy Mamadou Igor Diarra discussed his country’s success in organizing cotton producers to improve their capacity and augment national production.

Christina Duarte, Minister of Finance and Public Administration in Cape Verde, issued a fiery challenge: “This global value chain story needs to be told in a different way,” she said.

Duarte called on her fellow Africans to show leadership, vision and ownership, and to ensure that more of the value in value chains was located on the African continent.

Duarte said that African governments would need to develop more equal partnerships with multinational organizations. She said that this would require vigilance in the public sector. “How many contracts have been jeopardized because our staff did not read the footnotes?” she asked.

Solomon Asamoah, Vice President for Infrastructure, Private Sector and Regional Integration at the African Development Bank, urged African governments to commit to building a strong private sector, but to stand firm against too many private sector demands.

Ashish Thakkar, founder of the Mara Group and Mara Foundation and a successful “serial entrepreneur” who grew up in the UK and Uganda, said that any successful global value chain production needed to combine “the best of global and the best of local.” He said that because the only factory in Africa that makes window glass is located in South Africa, his company was building another one in Nigeria. He urged countries to solve the problem of small-enterprise failure and grow formal employment that way.

In final remarks wrapping up the discussion, Gonzalez underscored the value of locally generated solutions to developing stronger global value chains in Africa. She said the role of the World Bank Group and other development institutions is to support country leaders in the steps they are able to take to ensure that more value is generated in Africa and that it stays in Africa.

“The very important role is to support home-grown models of development,” she said.

A replay of the event will be available here: https://live.worldbank.org/building-african-participation-global-value-chains. 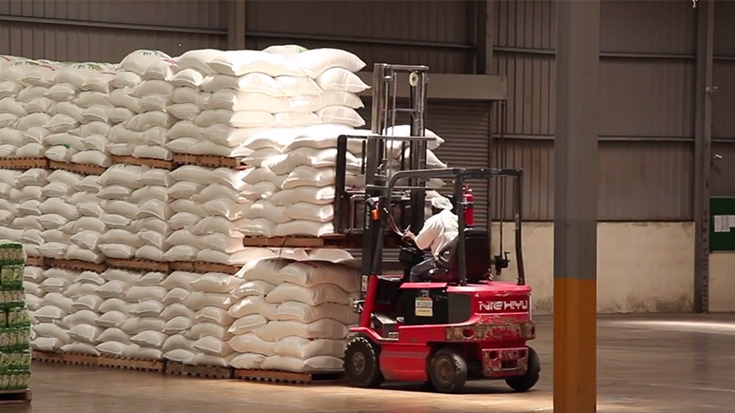