Discussants at the presentation of "Addressing Inequality in South Asia."

Fifty years ago, Mexico’s ambassador to India described the country as a “land of extremes” with incredible opulence surrounded by equally unbelievable poverty. Today, South Asia boasts many billionaires, yet many people still lack basic needs. Victor Mallet, the Financial Times Bureau Chief  for South Asia kicked off the session noting that there’s been vigorous debate on the impact of inequality on societies around the world.

What does inequality mean in South Asia?

“Well-being in life depends on opportunity in childhood, mobility in adulthood, and support through life,” said Martin Rama, World Bank Chief Economist for South Asia and author of the report. “Policies to address inequality should focus on ensuring equality of opportunity, improving upward mobility, and providing adequate support to mitigate shocks for the poorest.”

While South Asia is doing better in upward mobility in adulthood, particularly through increasing employment opportunities and urbanization trends, the region is falling behind in terms of opportunities during childhood and support through life.

South Asia performs poorly in terms of opportunity, with access to basic services partial at best, and often dependent on circumstances such as gender, location, or caste.

World Bank
" Things need to change for South Asia to double its growth to 9%. Unless governments can raise more tax and boost private sector development. South Asia will not end poverty and address inequality. " 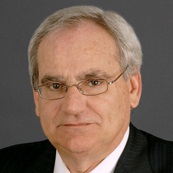 The South Asia region is home to some remarkable social protection programs, but the report claims that tax avoidance and evasion are pervasive and a large share of the tax revenue is spent on regressive subsidies.

Opportunity in childhood is characterized by adequate access to education, healthcare, and sanitation. While education attainment has improved throughout the region, albeit of varying quality, access to sound healthcare and sanitation has been more uneven. The report finds that the education level, location, and class of the parents have a great effect on the opportunity prospects of their children.

Atiur Rahman, the Central Bank Governor of Bangladesh, stressed the importance of education, noting that while he came from a poor family, he was able to study at the top schools in Bangladesh and around the world with the help of scholarships,  helping him break out of the cycle of poverty.  Bangladesh has invested heavily to increase access to girls’ education and female participation in the labor force, helping improve economic opportunities related to gender and social norms.

Ana Revenga, the World Bank’s Senior Director for Poverty, added that greater economic opportunities for women are encouraging behavioral changes. Families are sending their girls to school in greater numbers, girls are getting married at a later age, and having fewer children.

On the other hand, South Asia has done better in terms of mobility in adulthood, as greater levels of urbanization have provided more employment opportunities. Rama highlights that occupational mobility is high and on some measures, Bangladesh and India have similar rates of people moving out of poverty as the United States and Vietnam. However, this mobility can go both ways. South Asian countries have a higher rate of people falling back into poverty related to the lack of sufficient support, particularly during disasters and periods of economic shock.

Much of the social assistance in South Asia benefits those that are better off. For instance, the benefits from energy subsidies are mostly captured by the rich. In addition, the situation is made worse by pervasive tax avoidance and evasion, which results in South Asian countries unable to raise sufficient revenue and political capture in which the wealthiest promote practices that are beneficial to their interests. Francisco Ferreira, the World Bank Chief Economist for the Africa Region, noted that this is a problem around the world including in the United States, but its effects are pronounced in South Asia.

“Governments in South Asia are small and haven’t been able to raise sufficient revenue for decades. How can they finance all the necessary investments?” asked Philippe Le Houérou, World Bank Vice President for South Asia. “They are also intrusive in terms of regulations and ease of doing business.”

Le Houérou stressed that based on current levels of revenues, South Asian countries are unable to tackle indicators tied to inequality inclusive of health, education, sanitation, infrastructure, and social assistance. Yet many laws and regulation increase the difficulties of starting and operating a business. A vigorous private sector is critical for the region to meet its poverty goals. Le Houérou concluded that fundamental reforms are necessary to address inequality in South Asia.

“Things need to change for South Asia to double its growth to 9%. Unless governments can raise more tax and boost private sector development. South Asia will not end poverty and address inequality.”