Urbanization: Challenge for Some, Opportunity for Others? 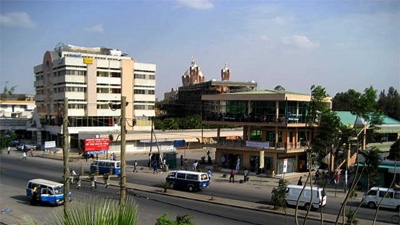 “Ethiopia is one of the few countries in Sub-Saharan Africa that has reduced its extreme poverty rate from 62% in 1990 to 30% in 2010, and achieved MDGI, said Guang Z. Chen, country director for the World Bank in Ethiopia. “Yet, looking beyond this impressive record in extreme poverty reduction, it is clear that with nearly one third of its population living in extreme poverty, the journey ahead for Ethiopia is still challenging. A large proportion of its population still does not have access to basic amenities, and its overall progress towards the MDGs is mixed.”

The 2013 Global Monitoring Report (GMR), a joint World Bank - IMF report focused on Rural-Urban Dynamics and the MDGs was recently launched in Ethiopia, in collaboration with Addis Ababa University. The report proposes several recommendations that countries such as Ethiopia can use to improve their chances of meeting the Goals.

According to the GMR, about 50% of the population in developing countries already lives in urban areas and the share is increasing rapidly making urbanization inevitable. The report argues that this phenomenon provides a unique opportunity for governments to leverage urbanization to accelerate the achievement of the MDGs. Urban areas invariably have lower poverty rates due to interdependent economies which help to create better jobs. They also have better access to basic services because they are cheaper to deliver in urban areas. Rural-urban disparities matter for eradicating poverty, especially extreme poverty that is central to the MDGs.

“Consider rural-urban disparities in Ethiopia. In 2004, primary completion rates in urban areas were close to 100 percent, while those in rural areas were less than 25%,” said Vandana Chandra, one of the team members who prepared the GMR. “While 90% of urban Ethiopians had access to safe drinking water, only 24% of the rural ones did. In spite of progress, these disparities still remain large today. And, in addition to access, the quality of basic services also matters.”

To address this complex rural-urban dynamic, the GMR proposes the following five policy areas for governments to focus on:

Dr. Admassu Tsegaye, president of Addis Ababa University, said the report comes at a time when the nation states and stakeholders are discussing a post-2015 regime.

“I am sure that the findings of the report will feed into the discussions revolving around the Sustainable Development Goals and the indicators framework,” he said. “The report clearly brings out the problems that countries will be facing if the growth is not managed properly. This is a key finding that we need to take into account while we prioritize our research and community service activities within the university.”

Today, the biggest challenge facing Ethiopia remains to be the eradication of extreme poverty that still affects three out of every 10 Ethiopians, and put its economy on a trajectory of sustained and inclusive growth that can transform it into a middle income country.

The Bank, through policy advice and financing is assisting the Ethiopian government’s efforts to reduce poverty and reach the MDGs in several areas. Currently, the Bank has committed close to US$6 billion to support the delivery of quality basic services including education, health and access to safe drinking water, energy, roads as well as other areas that are priority for the country.