February 26, 2013
" Improving growth prospects will be difficult with further increases in oil prices unlikely, capacity utilization similar to pre-crisis peaks, unemployment at a record low, an aging and shrinking workforce and declining oil production in the absence of large investments and new discoveries. " 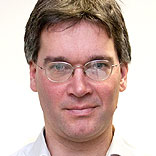 The economy slowed in the second half of 2012 as:

The Central Bank of Russia increased foreign reserves thanks to:

The unemployment rate declined across the country, and vacancy and replacement rates increased.

However, high inflation and the slowdown in economic activity translated recently into fewer hours worked and weaker growth in wages and incomes.

Inflation remained noticeably above the target range due to:

The CBR kept the main policy rates unchanged since December 2012.  This will help to anchor inflation expectations in line with the CBR policy to move towards inflation targeting.

Fiscal policy was expansionary in 2012 than in 2011, although the rise in expenditures fell short of the planned increase and the federal budget remained close to balance.

Based on the newly adopted fiscal rule and medium-term budget, the government envisions moderate fiscal consolidation up to 2015.

However, the 2013 fiscal balances is likely to worsen and the non-oil fiscal deficit is likely to remain elevated.

The main upside risk is that the recent improvements in global business sentiment could translate into a faster rebound of the global and domestic economies. In addition, businesses could step up investment in response to capacity constraints and consumer could reduce savings in order to step up spending..

The main downside risk remains a persistent drop in the oil price. This could be triggered by either a renewed slowdown in the global economy or a decline in oil supply disturbances in the Middle East.

First, it has to manage macroeconomic policies so as to ensure economic stability.

Second, Russia has to step up structural reforms so as to lift the growth potential.