Toward a Healthy and Harmonious Life in China: Stemming the Rising Tide of Non-Communicable Diseases

Based on current trends, the Chinese can expect to live only 66 “healthy years” (years free from disease and disability), ten years less than in some leading G-20 countries

Non-communicable chronic diseases (NCDs) are the leading cause of death in China, accounting for close to 70 percent of the disease burden and over 80 percent of the 10.3 million deaths caused by all diseases annually. The four leading NCDs in China are cardiovascular diseases (CVDs), diabetes, cancer and chronic obstructive pulmonary diseases (COPDs).

From 2010 to 2030, the total years lost due to NCD morbidity and mortality are expected to increase significantly. Population aging could compound the NCD burden by at least 40 percent by 2030 if effective measures are not taken to prevent and control NCDs and promote healthy aging.

NCDs, if not controlled effectively, will not only exacerbate the expected labor force shortages but also compromise the quality of human capital, because more than 50 percent of the NCD burden currently falls on the economically active population (people aged 15–64).

A reduced ratio of workers to dependents with poor health would increase the odds of a future economic slowdown and present significant social challenges.

A substantial, avoidable economic burden is associated with NCDs. For example, estimates for China done for the report indicate that the economic benefit of reducing CVD mortality by 1 percent per year over a 30-year period (2010–2040) could generate an economic value equivalent to 68 percent of China’s real GDP in 2010, or more than US$ 10.7 trillion.

Over 50 percent of the NCD burden is preventable by modifying health and biological risk factors. Tobacco use; harmful alcohol use; poor diet, particularly high consumption of fast foods rich in fat and salt and sugar-rich soft drinks; and physical inactivity are the main risk factors. 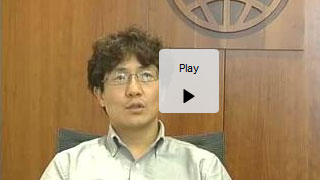